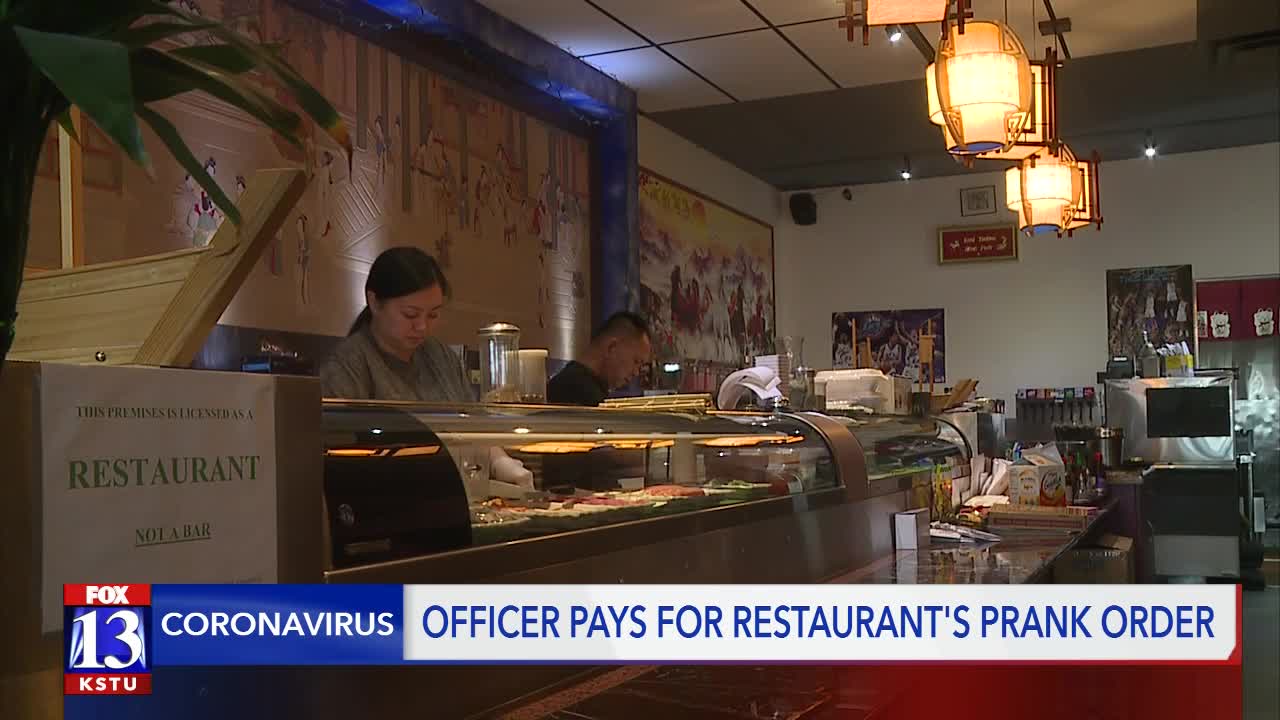 Owners of a Vietnamese restaurant in West Valley City said they received a prank call order for $100 the other night, but when they called the customer back to say their order was completed, the customer never answered.

WEST VALLEY CITY, Utah — Owners of a Vietnamese restaurant in West Valley City said they received a prank call order for $100 the other night, but when they called the customer back to say their order was completed, the customer never answered.

This comes at a time where small businesses are especially hurting due to the COVID-19 pandemic.

Tammy Nguy is the manager for Sumo and works alongside with her mom and dad who own the restaurant.

“We aren’t even able to have employees right now,” said Nguy. “We laid everyone off.”

Earlier this week, Nguy said a customer called in an order that amounted to about $100. That makes up around 10 to 14 sushi rolls, made with fish shipped to them fresh from the night before.

The order made up half of their income for that day, said Nguy, so you can imagine her surprise when she learned the customer wasn’t answering their calls.

But they never came, and Nguy said they never answered the phone again.

“I knew there was no way I could fix their problem,” said Christiansen.

Thinking of what he could do to help, Christiansen said he decided he would surprise the family by purchasing the order.

“It was just upsetting to know they had prepared all of this food that was never going to get paid for,” said Christiansen.

What makes Christiansen’s kindness even more notable — he said he’s not a sushi guy.

“I was able to provide some meals for some of my coworkers,” said Christiansen. “It felt good and it helped me go about my day with a lot better of an attitude.”

For the Nguys, it meant their restaurant could be open for another day during the COVID-19 pandemic.

“I want to thank him from the bottom of my heart,” said Nguy. “He has definitely helped a small business see much more faith.”