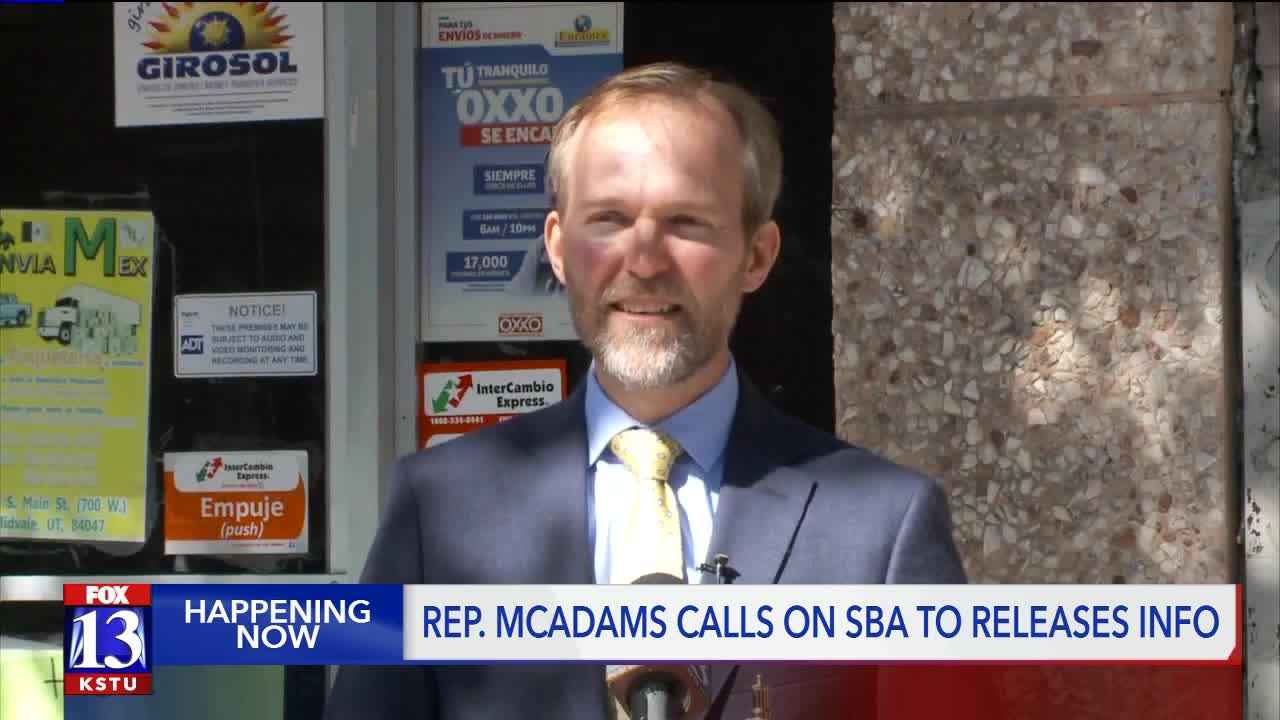 At a media briefing Wednesday morning, McAdams said although he's in Utah, he’s still trying to take care of business back in Washington, in particular what he sees as major mismanagement concerning the relaunch of the Paycheck Protection Program (PPP).

McAdams is frustrated, and the frustration is clear in his strongly-worded letter to the Small Business Administration (SBA) and Treasury Secretary Steve Mnuchin.

He said the relaunch of the PPP so far is a failure and he’s asking for immediate steps to fix the program and to provide congress with the information needed to ensure transparency and true oversight of the program.

McAdams said the phones at his office are ringing off the hook lately with concerned small business owners who are unable to even apply for their share of $650 billion provided under the CARES act and the PPP, while some larger, well-connected national businesses were able to swoop in and get approved for loans.

"People are wondering if, and you can't blame them for thinking this, but is the whole program rigged in favor of very large banks and their very well-connected customers," McAdams said. "They can't help but wonder if the program is rigged to put them at the back of the line so well-connected, big banks and big customers get the loans at the expense of the little guy."

McAdam said Mnuchin and officials with the SBA owe it to taxpayers and the congress to provide more detail on how these programs are or are not working.

He also wants them to take immediate steps to improve the E-TRAN system and to improve communication with lenders and businesses.

McAdams fired off the letter within the past 24 hours but he’s hoping for some immediate response and some congressional support before some of the small businesses at risk go under.