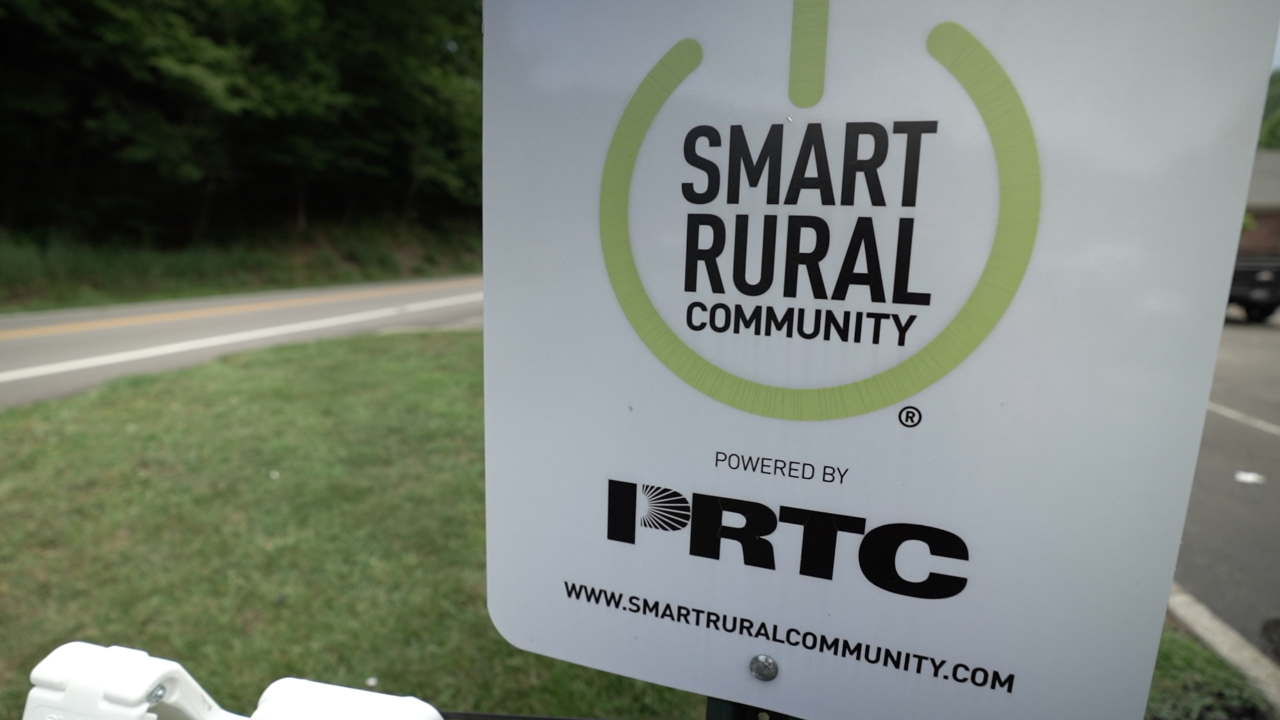 In 2015, Matthew Muncy, a father of four girls, was looking for work.

“You go into the store and the kids, they’re wanting things, and you can’t give it to them,” he said. "Even so much as a candy bar could mean the difference between feeding them dinner or not."

But the right job can be hard to find in Jackson County, Kentucky. The landscape is green with trees that scale up the mountains that shelter small cities like McKee, Kentucky from the hustle and bustle of the big cities.

The entire county has one stoplight.

In this a population of fewer than 1,000 people, community means everything. It’s why Gabbard worked to bring hope to his neighbors, like Muncy.

“When you say fiber, people say, ‘cereal? What are you talking about?’” Gabbard recalled of what people thought when the idea first hit the area.

Fiber optic internet is some of the fastest internet you can find.

“Fine glass the size of a human hair that you send a light through,” he explained.

In 2014, Gabbard's rural part of the Bluegrass State went from barely having any internet connection to now having some of the fastest internet in the country.

“Think of the speed of light and how fast that is, that’s how I like to compare it,” Gabbard said. “Our Internet here is as good as New York City.”

More than half of Americans say internet access has been essential during the novel coronavirus pandemic. However, according to 2016 figures, 39 percent of rural Americans lack access to broadband internet.

The cost of bringing broadband to the Jackson County area wasn’t cheap. Gabbard says grants and loans covered most of the broadband network’s $50-million cost.

But one of the biggest payoffs of the light-speed connection is opportunity.

“We’re talking about people who have been working at a gas station before on minimum wage that are doing tech support for Apple from their home,” Gabbard said.

Gabbard says the network has helped bring hundreds of jobs to the area.

“If it wasn’t for the internet, I couldn’t do my job period,” he said.

For him, the connection is to more than just the internet; it’s to a new life.