40 years later, The Who opens up about concert tragedy that killed 11 in Cincinnati 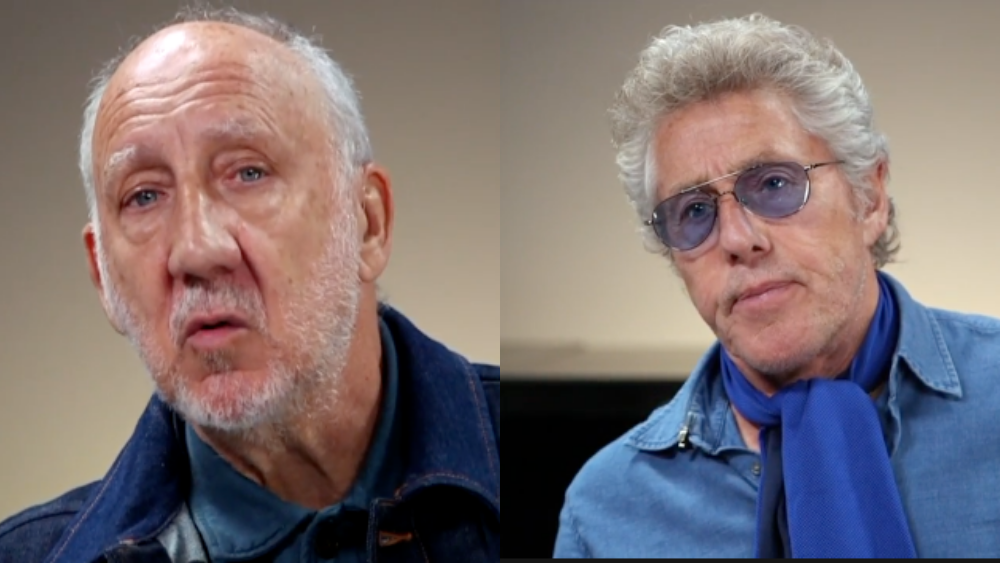 On Dec. 3, 1979, 11 people were killed in a crushing crowd ahead of The Who's concert in Cincinnati. For the 40th anniversary of the accident, WCPO - 9 On Your Side spoke to band members and the family of the victims for a documentary, "The Who: The Night That Changed Rock." 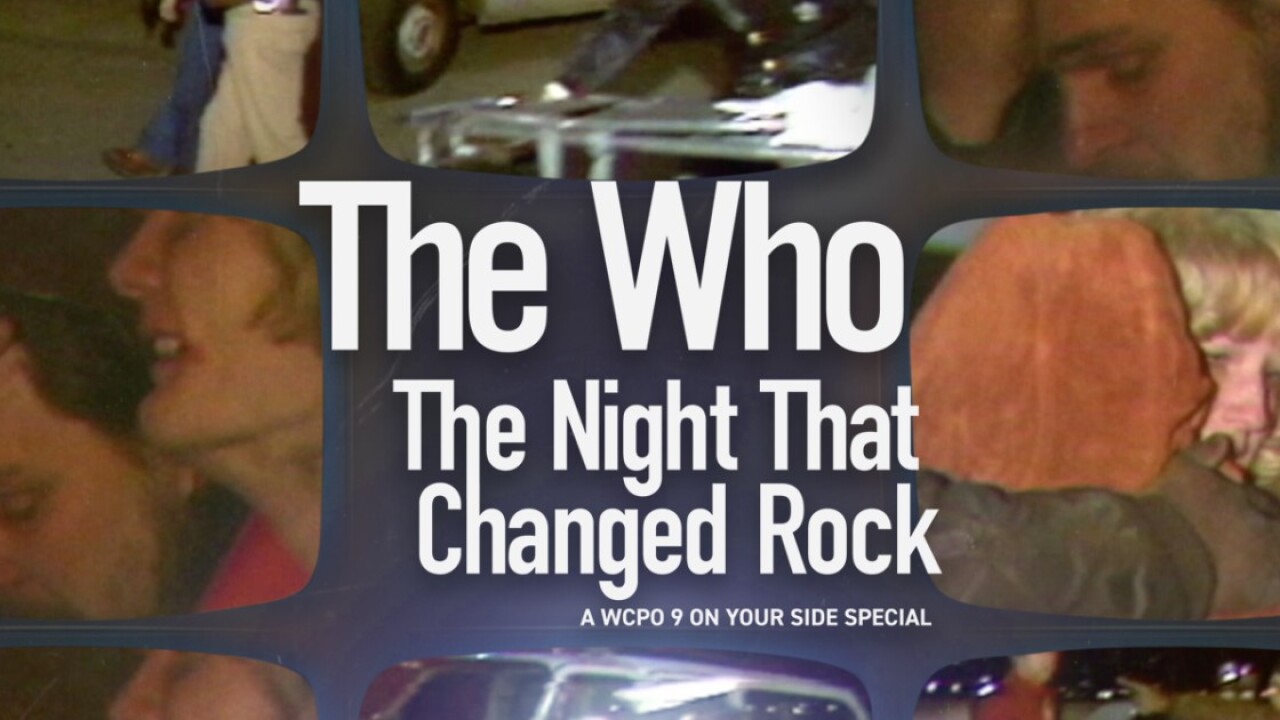 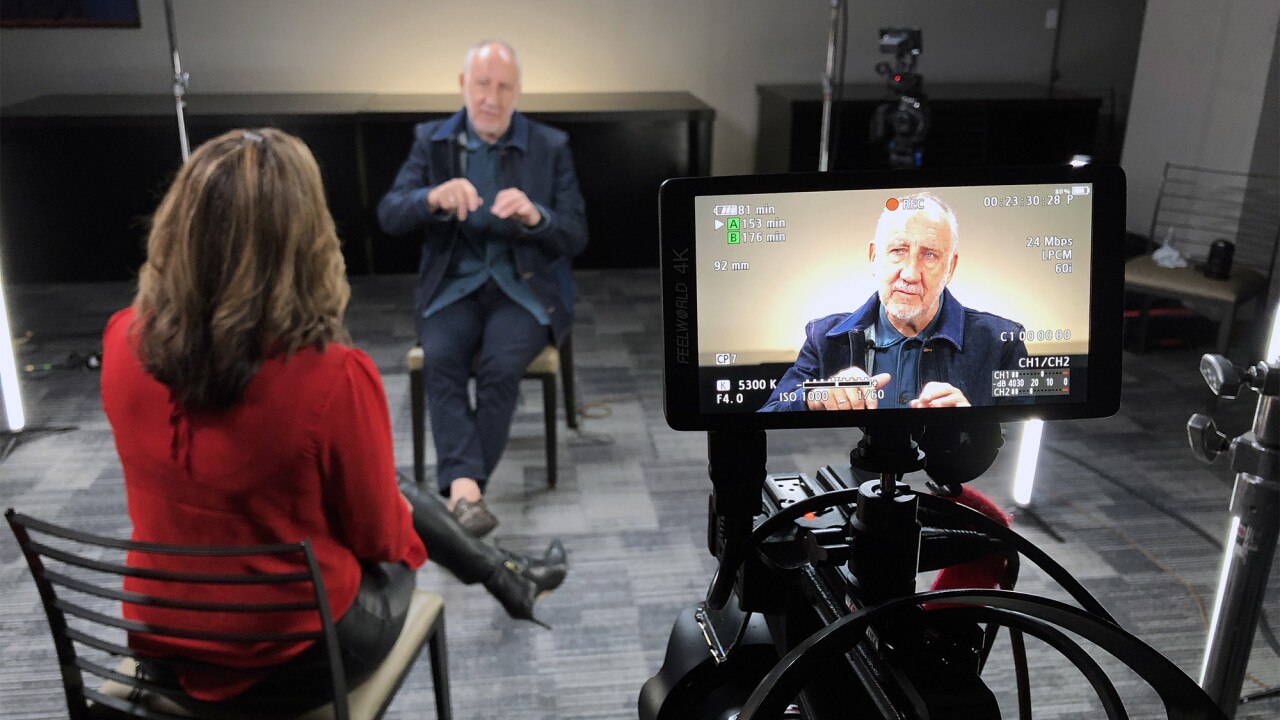 CINCINNATI, Ohio – This week marks the 40th anniversary of The Who concert disaster that left 11 people dead in Cincinnati.

On Dec. 3, 1979, the young victims died of asphyxiation after being crushed by an out of control crowd that rushed into the city's Riverfront Coliseum to get the best seats at the English rock band's show.

In honor of the anniversary, WCPO has produced a one-hour documentary, “The Who: The Night That Changed Rock,” which examines the night of the tragedy. The film includes interviews with The Who’s Pete Townshend and Roger Daltrey, the band’s long-time manager Bill Curbishley, survivors, and loved ones that the victims left behind 40 years ago.

On that fateful day, concertgoers reported hearing a soundcheck while waiting for the gates to open. But Curbishley said in the documentary that there was no soundcheck or opening act that night. He said the music everyone heard before the show was a movie trailer for the film version of the band's rock opera, “Quadrophenia.”

WATCH 'THE WHO: THE NIGHT THAT CHANGED ROCK' IN ITS ENTIRETY HERE

“When the soundcheck started, people thought the show was starting,” said Curbishley. “That's when it was like ... the only way I can describe it is if you watch a documentary on bees, one of the bees will say something’s going on and the crowd gets buzzed out and that’s what was going on. People started freaking out trying to get to the doors."

After the crowd rushed through the doors, Curbishley said a fire marshal told the band manager he was going to cancel the concert. But Curbishley argued that could create a huge panic if concertgoers — many of whom didn’t fully realize what had happened — were to leave through the death and pandemonium on the plaza. Another fire marshal agreed, and the show went on.

When the concert was over, survivors Matt Wergers walked out of the venue to find a complete disaster.

“Leaving the building was the most traumatic thing ever because when I got outside with the police cars and ambulances, a mountain of clothing, shoes, whatever that people got ripped off their bodies basically,” said Wergers.

Townshend, The Who’s guitarist and singer, told WCPO that he still carries deep regrets when it comes to Dec. 3, 1979. In the documentary, he shared many deep feeling and revelations regarding the tragedy for the first time publicly.

“This is something I will surely remember on my death bed,” Townshend said in an exclusive, face-to-face interview. “At 74, people are starting to die faster in my life now … I’ve only maybe got 20, 30, 40 people that I remember who’ve passed in my life I really care about, but you know, the 11 of Cincinnati are part of that number.”

“What we did is we left the city and we shouldn’t have … We had a show the next day in Buffalo. So, we spent the night (in Cincinnati). We couldn’t sleep. We got drunk. We sobered up. We got drunk again,” Townshend said.

Speaking of his own demons, Townshend admitted his heavy drinking left him in no condition to help the band immediately decide how to respond properly.

“I think one of the things we were concerned about is it probably would have taken me two days to sober up, you know, because I was drinking flat out all the time,” Townshend said. “I really wanted to be on the ball and I don’t think I was capable.”

Townshend also said the Cincinnati tragedy led, in part, to his decision to leave the band.

The Who returns to Cincinnati

For the first time since the 1979 tragedy, The Who will return to the Cincinnati area to play a concert.

The band announced Wednesday that they would make a stop at the BB&T Arena at Northern Kentucky University on April 23, 2020.

The Who says it will make a donation from the concert to the P.E.M. Memorial, the organization that was founded to honor friends and classmates that lost their lives at the 1979 concert, providing college scholarships for students at Finneytown High School.

The show is part of an expansion of their “Moving On!” tour, which also includes stops in Florida, Texas, Colorado, and a series of shows in Las Vegas.

Click here for more reporting from WCPO on the concert tragedy.