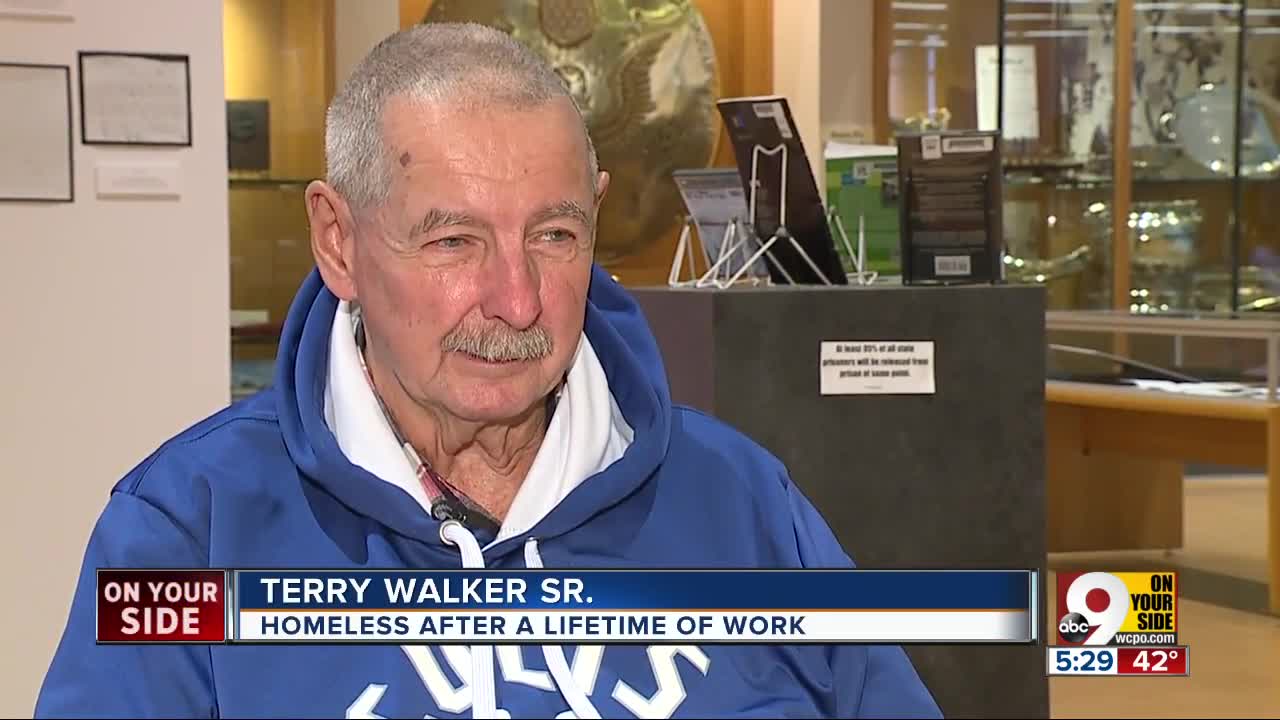 Advocates and shelter operators say they have seen a marked increase in the number of older adults experiencing homelessness in Cincinnati and Northern Kentucky. 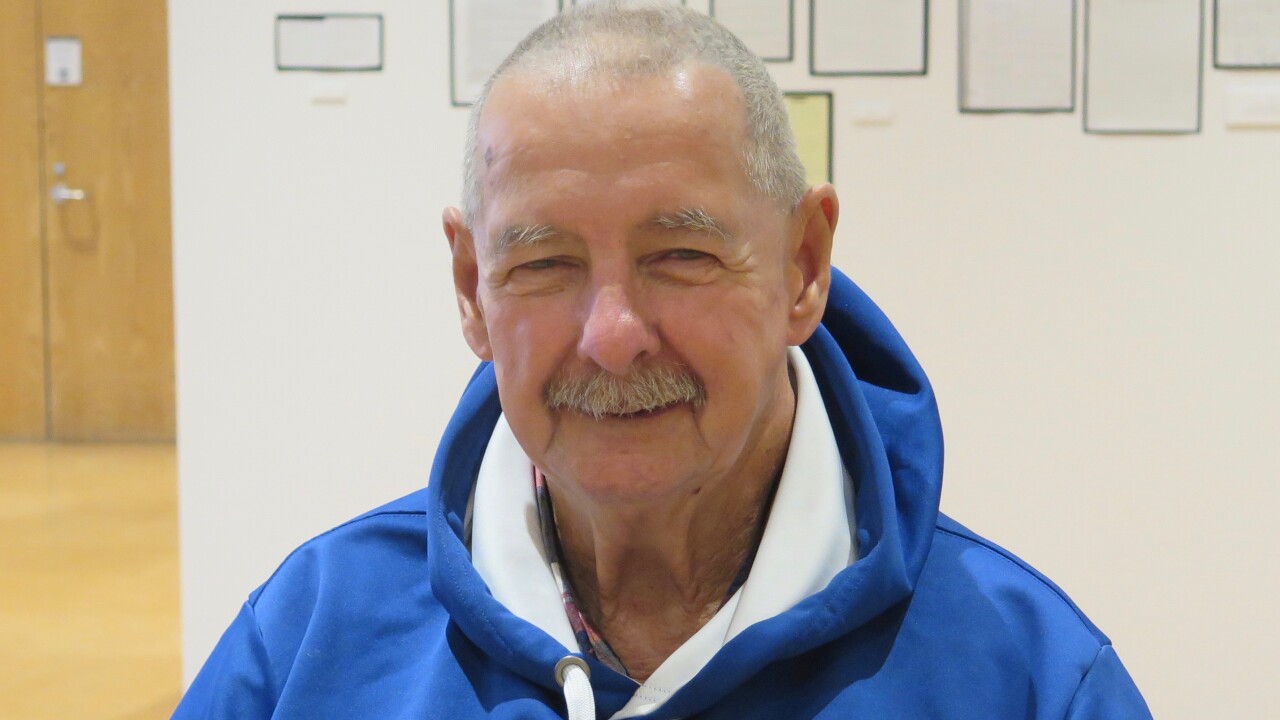 Terry Walker Sr. worked at ship yards and factories before he settled into a career with the railroad and retired with nearly 30 years of service.

He never expected to be homeless at the age of 71.

“Especially retiring from the railroad, I never dreamed it possible,” Walker said. “I’ve been homeless, I would say, at least eight to 10 times in the last four years off and on. All my homelessness has been since retirement.”

Walker is far from alone.

Advocates and shelter operators said they have seen a marked increase in the number of older adults experiencing homelessness in Cincinnati and Northern Kentucky.

The Emergency Shelter of Northern Kentucky in Covington had an 87% increase in the number of senior citizens served between 2017 and 2018.

Inside the Emergency Shelter of Northern Kentucky in Covington.

Executive director Kim Webb calls the increase in clients over the age of 61 “concerning” but said it’s in line with data compiled for the National Alliance to End Homelessness.

“Baby boomers being the fastest growing segment of the homeless population right now - that is happening. We are seeing that here,” Webb said. “We are very much in line with those statistics, and that is frightening.”

A study led by researchers at the University of Pennsylvania found that a large increase in the number of older adults experiencing homelessness corresponds directly to the number of people born during the second half of the baby boom, who didn’t have the same economic success as older boomers.

“Unemployed and underemployed young adults, many accompanied by their children, became the face of homelessness in the mid-1980s,” stated the report called “The Emerging Crisis of Aged Homelessness.”

People experiencing homelessness are not the same from day to day or year to year, the report noted, but those who never fully recovered from the economic distress of their younger years are now more likely to experience homelessness as older adults.

That has serious implications for homeless shelter operators because of the medical needs of older adults and how difficult it can be to find permanent housing for them.

People line up outside the Main Library Downtown to board a Maslow's Army bus on Nov. 13, 2019.

In Hamilton County, the number of older adults experiencing homelessness has grown over the past five years, said Kevin Finn, CEO of Strategies to End Homelessness.

By 2018, the total had grown to more than 7%, he said, amounting to 478 people over the age of 60. The increase is yet another reflection of the lack of affordable housing, he said.

“When you compare what has happened with housing costs and rents increasing and you compare it to the very modest increases there have been in Social Security, it’s probably way more common for a person living on their Social Security to find themselves priced out of the apartment they’ve been living in,” Finn said.

Cincinnati’s shelter operators have been grappling with the influx of older adults.

“We joke around here that we’ve turned into a nursing home. That’s how bad it is,” said Arlene Nolan, executive director of Shelterhouse, which operates the region’s largest emergency homeless shelters for single men and women. “Last year, we had for the first time served a couple of people in their 80s. Unfortunately, we currently have a 90-year-old woman living with us.”

The woman was discharged from a hospital directly to Shelterhouse’s Esther Marie Hatton Center for Women about two months ago because she had nowhere else to go, Nolan said.

“We’re desperately trying to find her housing and an appropriate place to stay,” she said.

Some advocates said they are seeing much older homeless people living on the streets, too.

Maslow's Army Executive Director Samuel Adams Landis loads a walker onto one of the organization's buses.

Landis is executive director of the advocacy group Maslow’s Army, which has been picking up people from the streets over the past two weeks so they don’t sleep outside in the cold.

“It’s very sad, actually, watching a group of walkers and canes going down the street waiting to go to a soup kitchen or waiting to get on our bus to get to a shelter for the night,” Landis said. “And it’s not just like one or two or three. We typically have to have both buses there because there’s more canes and walkers than there are seats available.”

Webb said the growing number of older adults seeking shelter in Northern Kentucky has been heartbreaking for her and her staff.

“These are individuals that have income. These are individuals who have lived stably for a long period of time. And all of a sudden are faced with the idea that they can’t live there anymore,” she said. “They struggle to come into shelter. It’s crowded. It’s noisy. It’s uncomfortable. The beds are narrow. They’re not used to this noise. It’s an unfamiliar place.”

The Emergency Shelter of Northern Kentucky only has 32 beds this winter, down from 75 in years past because of more strictly enforced fire codes.

A Salvation Army location in Covington has partnered with Webb to provide shelter for dozens more people each night, she said, adding that people there have to sleep on yoga mats or cots.

“There’s just not any words to really describe how heartbreaking this is,” she said. “Determining who’s coming into the shelter becomes very difficult because everybody’s vulnerable. Everybody’s got a story. Everybody’s got a reason to be in this building.”

Walker’s latest experience with homelessness started when the rent-to-own company that sold him his house in Indiana repossessed it despite a court ruling in his favor, he said.

Inside the Emergency Shelter of Northern Kentucky in Covington.

He spent a night in a Cincinnati hotel before he ran out of money. He learned about Maslow’s Army and called Landis to ask for help.

Every night since then, Walker has boarded a Maslow’s Army bus to get to a shelter and stay out of the cold.

During the day, he spends time at the Public Library of Cincinnati and Hamilton County’s Main Library at Eighth and Vine streets Downtown.

Walker has income from his railroad pension, but losing his house and nearly everything he owned has set him back, he said.

Now he’s working again to rebuild his life. He hopes to reconnect with one of his sons and settle here if he can.

“If I can find an apartment, I’d love to stay here in Cincinnati,” Walker said. “People are friendlier down here.”

Advocates and social service agencies in Northern Kentucky are working to raise awareness during National Hunger & Homelessness Awareness Week, which runs from Nov. 16 through Nov. 24.

A Nov. 19 event called An Evening of HOPE at Northern Kentucky University aims to show how to remove barriers to education for children and youth experiencing homelessness.

This article was written by Lucy May for WCPO.