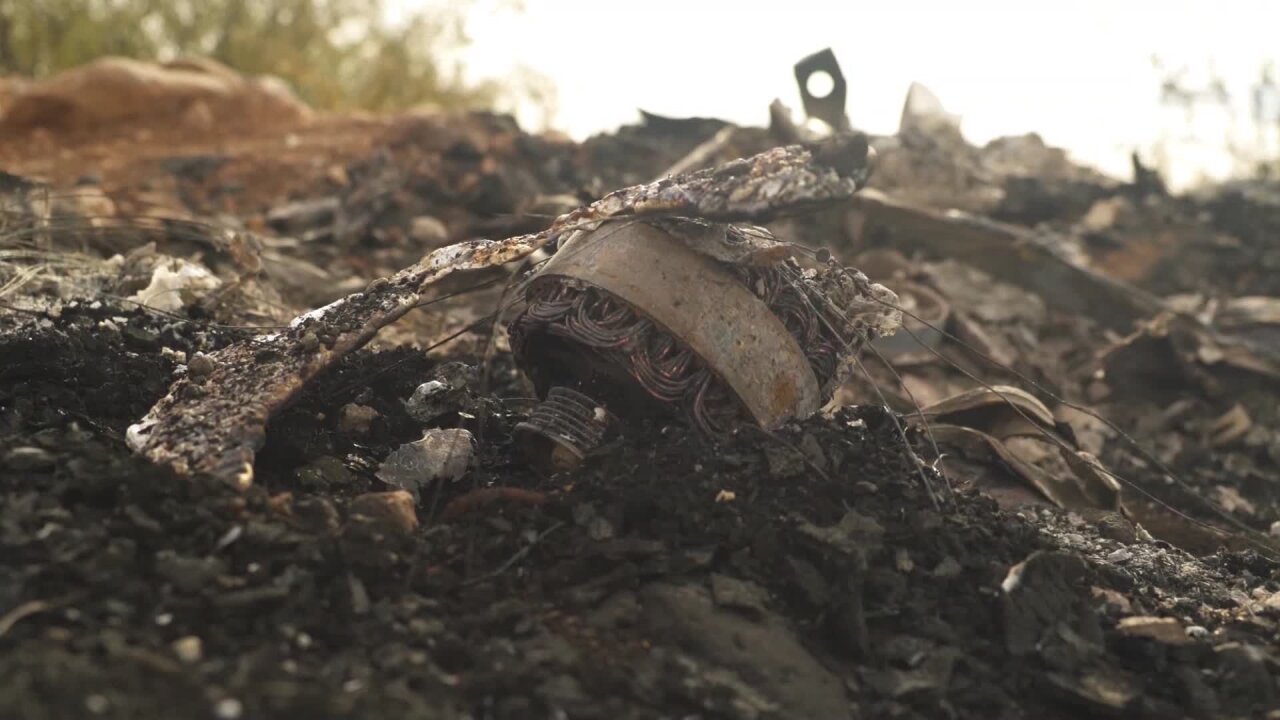 All they could do was pray.

In the hours after the massacre of three mothers and six of their children on a road in northern Mexico, family members can be heard in chilling WhatsApp audio messages struggling to unravel what happened.

By then, there was little else they could do for the Mormon fundamentalist mothers and their children who were ambushed Monday after setting out in a convoy to visit family.

"Dear God, everybody Pray!," one family member in Mexico at the time, Kendra Lee Miller, said in a group chat among cousins. "My mom's suburban is blown ... by the hill. Everyone please pray."

The vehicles were traveling between the Mexican states of Sonora and Chihuahua when authorities said members of a criminal group, possibly a drug cartel, opened fire on them in two separate locations. At least one of the vehicles caught fire.

"Nita and her children are gone," Miller said of her sister-in-law, Maria Rhonita Miller. "They've been burned inside the vehicle. Uncle Jeffrey verified, counted all five bodies. Their bones are burned... Their bodies are burned to a crisp. Dear God pray for us all."

Maria Rhonita Miller, 30, was driving with some of her seven children to Arizona to pick up her husband, Howard, who was working in the US, according to relatives.

Another family member, Dawna Ray Langford, 43, was driving a second car 10 miles ahead to go visit family in Chihuahua with her nine children, Kendra Lee Miller said in a Facebook post.

She was shot to death. So were two of her children: Trevor Harvey Langford, 11, and Rogan Jay Langford, 2.

"Aunt Dawna with most of her kids, Nita with her two oldest and the twins, and then Christina and her baby -- none of them have been heard from," Kendra Lee Miller lamented in the WhatsApp chat.

Christina Marie Langford Johnson was driving the third car with her 7-month-old daughter to meet her husband and the rest of her children. They were moving to North Dakota. Their car was near Dawna Langford's.

Johnson also was killed in the attack.

But her daughter was found alive and uninjured in the car with bullet holes all around her. Witnesses said the baby was found in her car seat, and it looked like her mother had moved her to the floor of the back seat for protection.

With time, the messages revealed the extent of the tragedy.

Having witnessed the death of his mother and brothers, 13-year-old Devin Blake Langford hid his surviving siblings in bushes, covering them with branches, according to family members. He then walked 14 miles to the La Mora community with news of the attack.

The victims had dual US-Mexican citizenship and were members of a independent Mormon community with familial ties on both sides of the border. The community is separate from the mainstream Church of Jesus Christ of Latter-day Saints, according to the church. Some of the community, including Kendra Lee Miller, say they are baptized and active members of the mainstream LDS church.

Five children who were eventually hospitalized in Tucson are expected to survive, said Willie Jessop, a community leader. Three of the children suffered serious injuries but two others could be discharged soon, Jessop said.

The WhatsApp audio only reflects Kendra Lee Miller's part of the messages. She declined to release the audio of family members for privacy reasons.

"I want the world to know that this ... is so horrible to us because of our innocent people," she told CNN.

"We tried to live good lives and be good citizens and contribute to the communities around us and make the world better and raise our families and be good people. And some people are wanting to paint us in some awful ways right now."