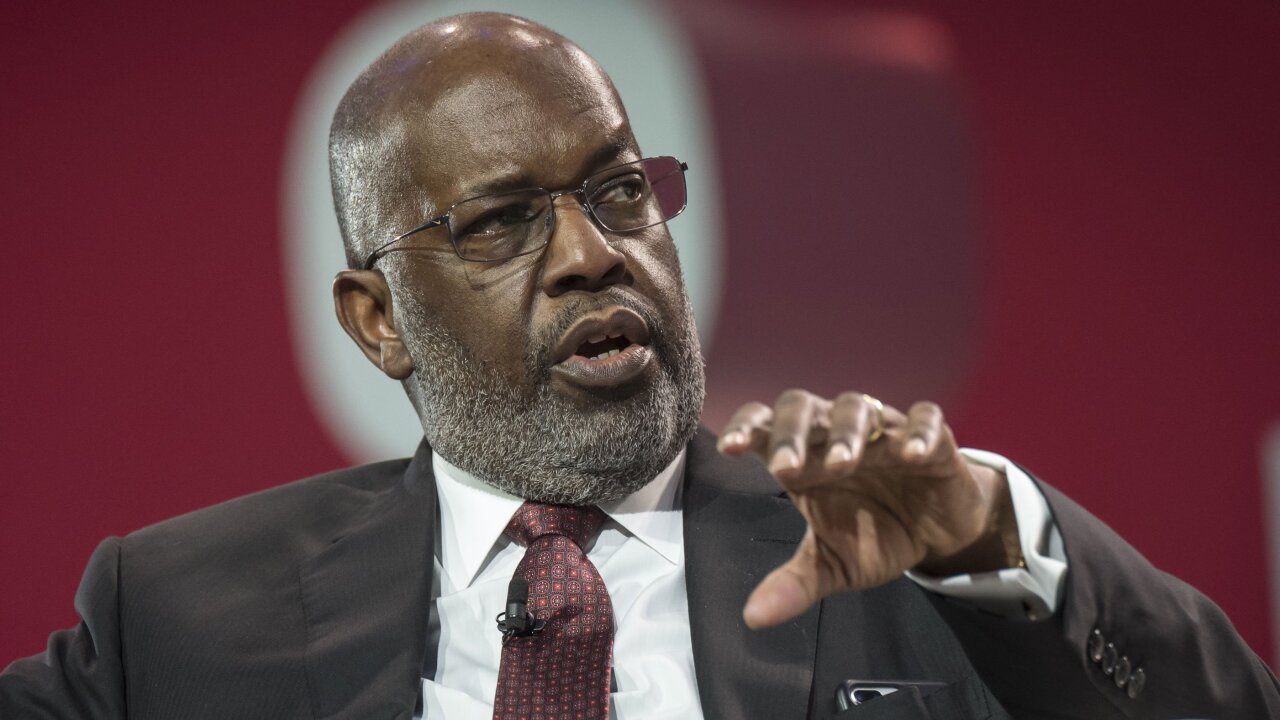 Bernard Tyson, the CEO of Kaiser Permanente, died in his sleep early Sunday at the age of 60, the company confirmed to CNN Business. Tyson had served as chief executive since 2013 and chairman since 2014 after a more than 30-year career with the company.

In addition to leading one of the nation's largest nonprofit health plans, Tyson was the company's first black CEO and a champion for accessible healthcare, racial justice and workplace diversity. Time Magazine named him to its "100 Most Influential People" list in 2017 and its list of 50 top leaders in healthcare in 2018 .

"An outstanding leader, visionary and champion for high-quality, affordable health care for all Americans, Bernard was a tireless advocate for Kaiser Permanente, our members and the communities we serve," the company said in a statement Sunday.

Based in Oakland, California, Kaiser Permanente is a not-for-profit hospital and health insurance system serving 12.3 million people in eight states and the District of Columbia. Executive Vice President and Group President Gregory Adams has been named as interim chairman and CEO, the company said Sunday.

During his tenure at Kaiser, the company grew its workforce of 174,000 to 218,000 people, and its annual revenue from $53 billion to nearly $83 billion. Tyson also served on the board of directors for the American Heart Association and Salesforce and was a member of the Business Council , a group of the United States' 200 leading CEOs.

"A light unto this world has gone out," Marc Benioff, CEO of Salesforce, tweeted Sunday. "He always did so much for others & the world. One of the world's greatest CEOs. I will always remember him with LOVE in my heart."

In recent years, Tyson has become known as a leading voice on issues of race.

After the 2014 shooting of unarmed black teenager Michael Brown by a police officer in Ferguson, Missouri, Tyson published an essay titled "It's Time to Revolutionize Race Relations" detailing the different ways he was treated in the C-Suite versus his everyday life.

"You would think my experience as a top executive would be different from a black man who is working in a retail or food service job to support his family. Yet, he and I both understand the commonality of the black male experience that remains consistent no matter what the economic status or job title," Tyson wrote, adding that he had been followed in high-end stores and had servers in restaurants explain to him how to tip "since apparently black men don't understand this concept."

The day before his death, Tyson spoke at the Afrotech conference on equity in healthcare and technology. Earlier that week, Tyson spoke on a panel at the AT&T Business Summit, where he discussed the need for companies to be both diverse and inclusive of diverse workforces.

"What I'm after is bringing the most diverse populations inside of my organization and tapping into the brilliant minds that come from a universe of experiences that are very different depending on how you grew up, your community, your neighborhood, how you solve problems," Tyson said at the AT&T event Tuesday.

"Inclusiveness is very important to me and that means when I step into the room — yes, I may be different from everybody at the table — but I don't have to 'fit in.' I get to come in and be who I am and I create a different organism inside of that group dynamic for us to take performance to the next level," he said.