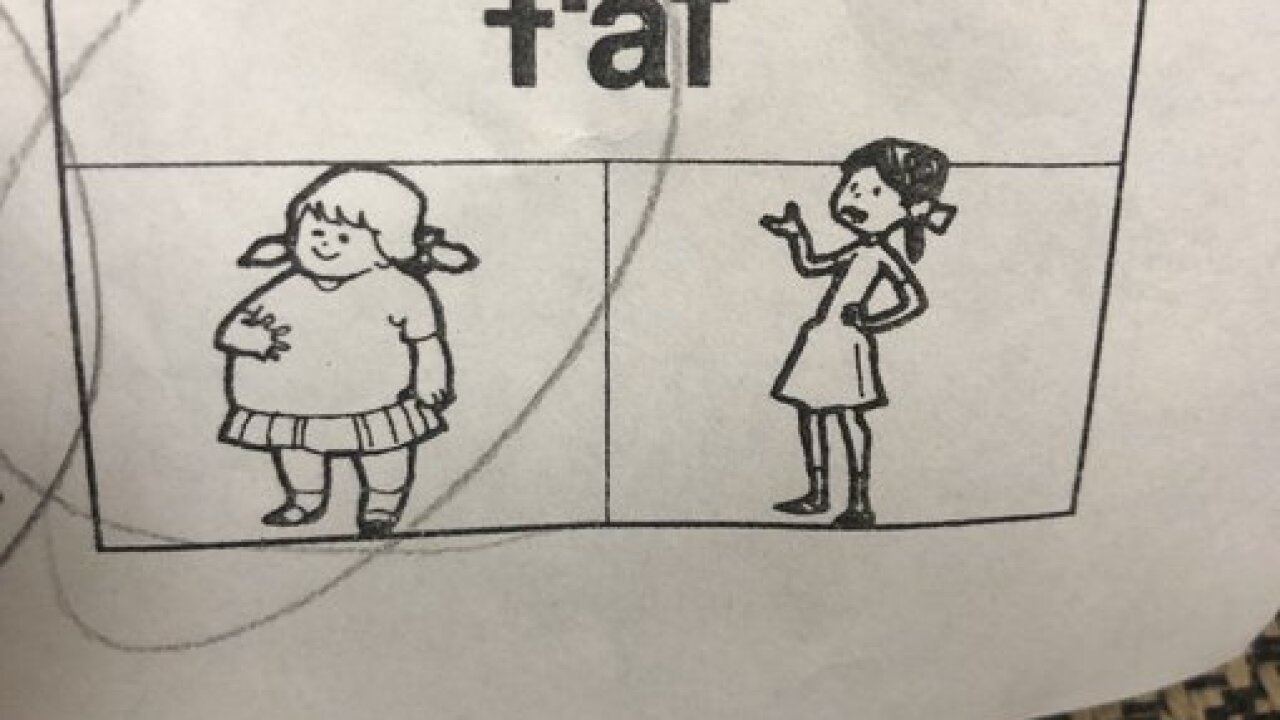 LONDON, Ky. — Laurel County Schools have issued a statement regarding a controversial worksheet handed out to elementary students, stating that they intend to remove the image from the school's curriculum.

Laura Lewis, the mother of a first-grader at London Elementary student, expressed her concerns over her daughter's homework. The assignment was a worksheet asking students to identify what "fat" is.

"I thought to myself, 'They are going to look at it, and then look over at my daughter and say this you, you're fat.' I don't want her to deal with that like I had to, cause it really hurts," Lewis said.

The school system issued a press release stating that the page had been identified and the image had been "removed from the material." The school says textbook publishing company McGraw Hill created the assignment.

"We are currently reviewing the entire series for other images that could be a concern. In addition, we have sent this concern and related information to McGraw Hill Publishing and we will be discussing this concern with them," the district's statement read in part.

This story was originally published by Melissa Ratliff on WLEX in Lexington, Kentucky.