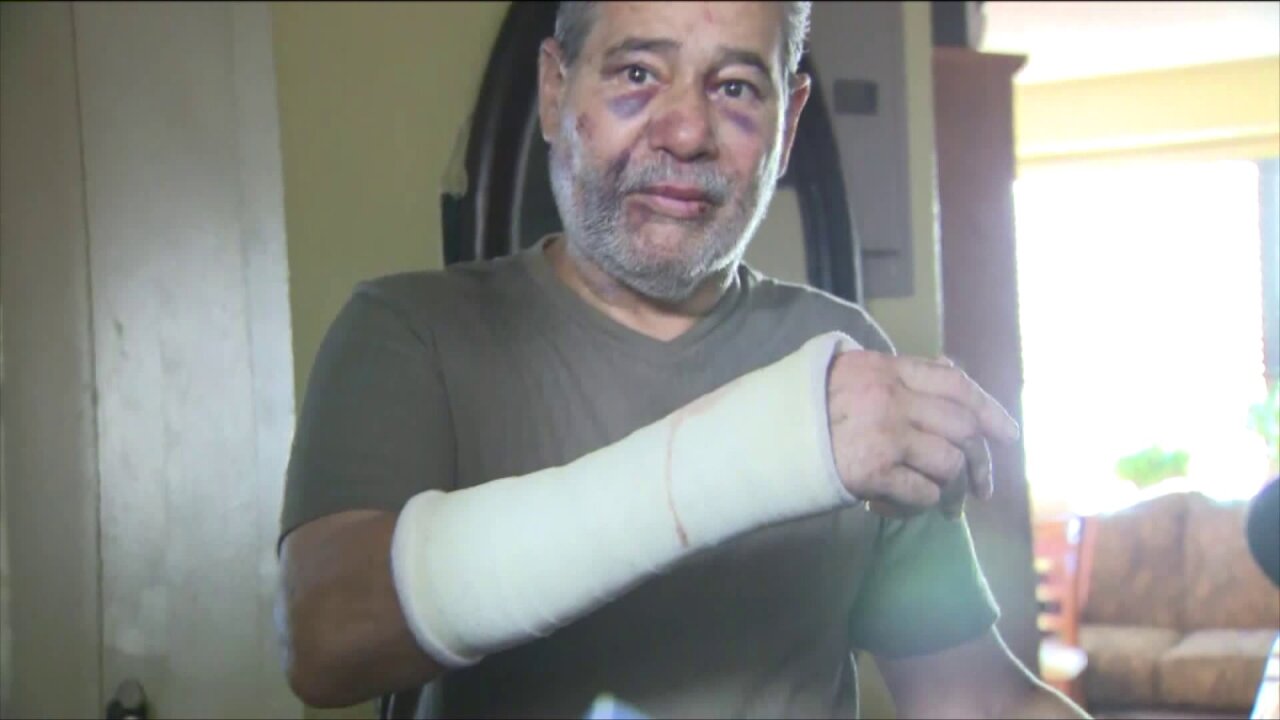 NEW YORK — A man accused of beating a 67-year-old veteran in an elevator has been arrested, an official with the New York Police Department said Tuesday.

Ray Diaz was inside of a residential building near Southern Boulevard and East 187th Street in the Bronx on Friday when a man attacked, repeatedly punching and kicking him, officials said.

Now, 22-year-old Josua Marrero is under arrest and facing charges in the vicious attack, police said.

Diaz suffered lacerations to the face in the beating and was treated at the James J. Peters VA Medical Center.

Marrero is now facing assault charges for the elevator attack, according to the NYPD.

“He hit me in the face so many times,” Diaz told WPIX Monday after the attack, still visibly bruised. “I have a messed up arm. I couldn’t fight back.”

Tips to police “were essential and proved again that our communities have no place for violence” NYPD Chief of Detectives Dermot Shea tweeted.

The individual wanted for the Nov 1 assault of a 67-yr-old man in an elevator in the Bronx is now IN CUSTODY. Your tips to @NYPDTips were essential and proved again that our communities have no place for violence. Great job @NYPD48Pct and all involved. pic.twitter.com/rjLDeKUeRz