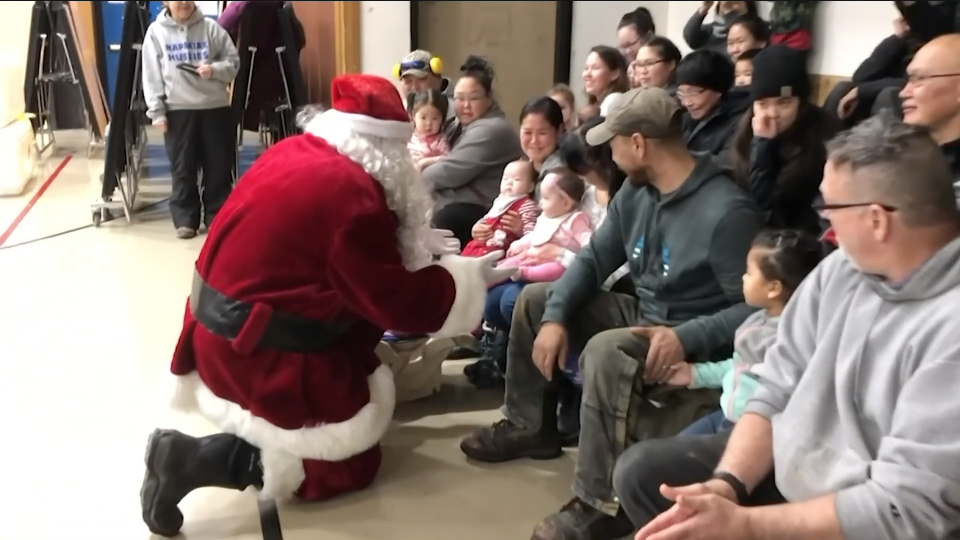 Thanks to some help from the National Guard, Santa was able to visit the small town of Napakiak, Alaska — a remote village not accesible by roads. It's a tradition the National Guard has followed for more than 60 years. 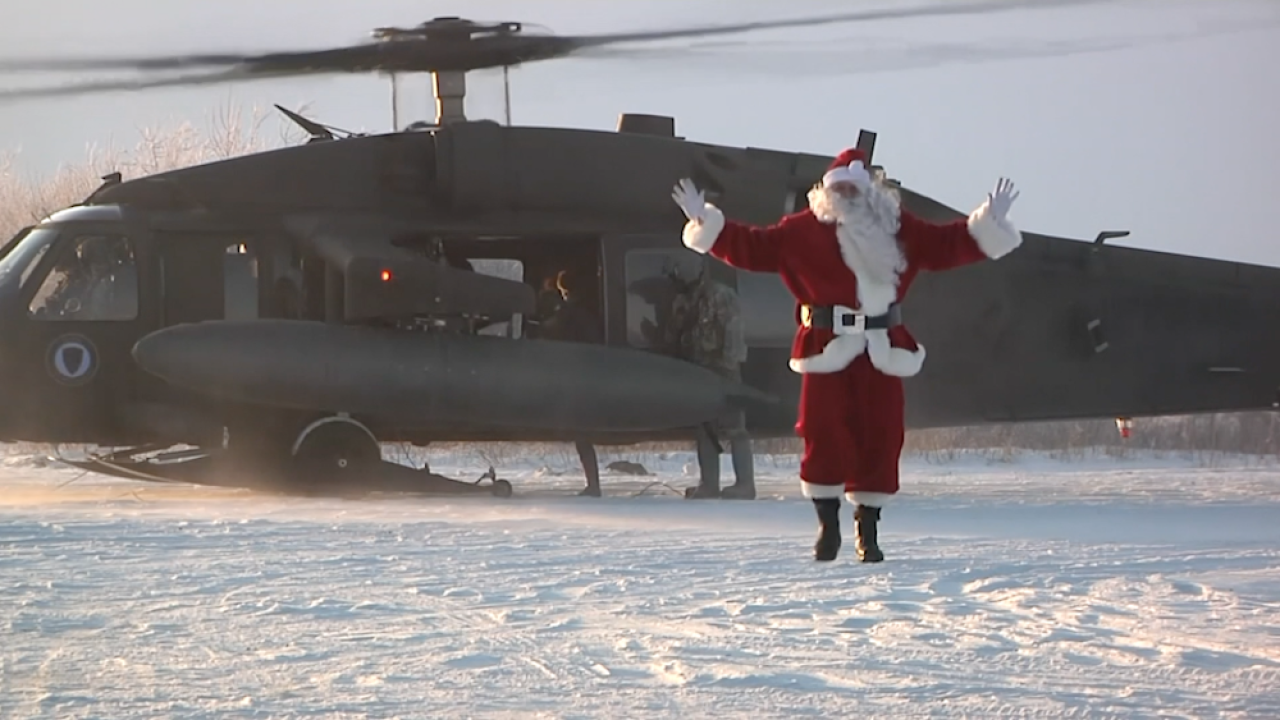 Members of the Alaska Air National Guard flew to a rural village recently with a special mission, delivering some early Christmas cheer and a visit from Santa Claus to schoolchildren and their families.

Now in its 63rd year, Operation Santa Claus is a rarity among National Guard units in the U.S. Defense officials have shut down all other similar programs except for Alaska, where the mission survived because of the uniqueness of the nation's largest state.

The program started in 1956 when the residents of St. Mary's, Alaska, had no money to buy children Christmas presents after flooding severely impacted hunting and fishing,. They had to use all available cash to buy food to supplement their subsistence lifestyles to make it through the winter.

Since then, the Guard tries to visit at least two rural communities a year, delivering Christmas gifts, school supplies, toiletries and some fresh ice cream to thousands of children in tiny burgs not on Alaska's road system, places like Koyukuk, Savoonga, Illiamna, Kwethluk and Tuntuliak.

Sometimes a community facing a natural disaster or an economic challenge will move it to the top of the potential list.

"We love this, we truly love coming here," said Maj. Gen. Torrence Saxe, the Adjutant General of the Alaska National Guard who found himself topping ice cream sundaes with cherries during the visit to Napakiak on Dec. 2.

The Salvation Army is celebrating its 50th year of helping the Guard, collecting gifts, bookbags and other items to be distributed. Major corporate sponsors like Costco and Walmart contribute to the program, and Rich Owens for decades has provided the ice cream from his Tastee Freez restaurant in Anchorage.

This year, Santa and his helpers traveled from Anchorage to Napakiak in a little more comfortable manner than what flying reindeer can afford. The trip started in an Alaska Army National Guard C-12 Huron twin-engine turboprop plane to the guard's armory in the southwestern hub community of Bethel, Alaska. From there, a Guard UH-60 Black Hawk helicopter shuttled volunteers on a five-minute ride over the frozen Kuskokwim River to Napakiak, which is just over 400 miles due west of Anchorage.

Suddenly, Santa Claus stepped into the room and the children, some seemingly confused by him, finally began applauding.

Later, Santa took a seat at the front of the room and had his photo taken with the children, some tugging on his beard, some smiling, a few wailing. He even bumped fists with one teenager.

Presents like toy cars, brightly colored basketballs or sets of 100 pens were handed out, and children picked up backpacks filled with snacks, school supplies and toiletries.