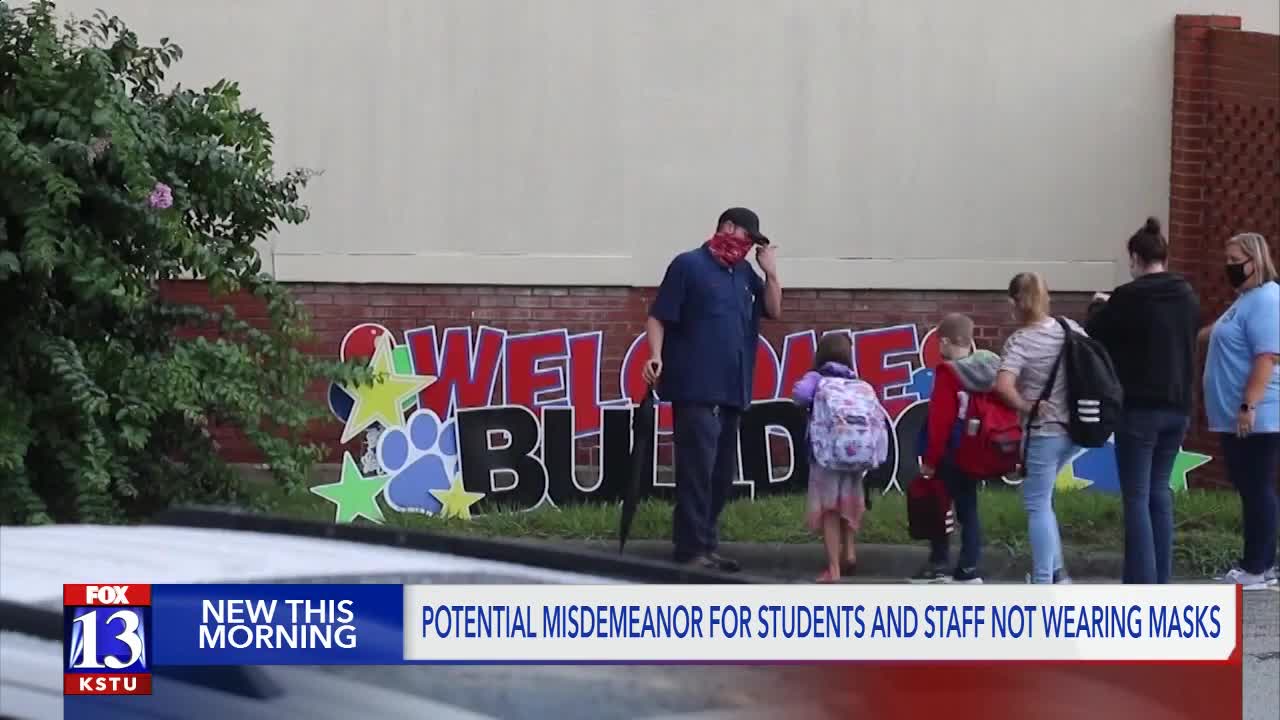 Staff and students face potential misdemeanor for not wearing masks in schools.

The Governor issued the mask mandate in July, but as schools re-open throughout the state this week, many parents are frustrated that the rule will be enforced.

Some argue that children should not have to suffer criminal consequences for getting an education.

The governor’s office confirmed the potential penalty for violating the order late Wednesday.

Spokeswoman Anna Lehnardt told the Tribune if criminal prosecution is sought, the student or employee could face a class b misdemeanor which could be punished with a sentence of up to 6 months in jail or a $1,000 fine.

Lehnhardt said it’s up to leaders of schools and charters to decide if they want to enforce the rule aimed at mitigating the spread of the coronavirus.

“It’s enforced on a district and superintendent level,” Lehnhardt said. “But we’re not thinking, ‘Let’s slap a bunch of kids with misdemeanors.’”

Lehnhardt added that the concept behind the mask mandate is to keep teachers and students safe and able to remain in school as the pandemic continues.

The mask mandate for all schools will remain in effect