Curbside pick up and delivery for now 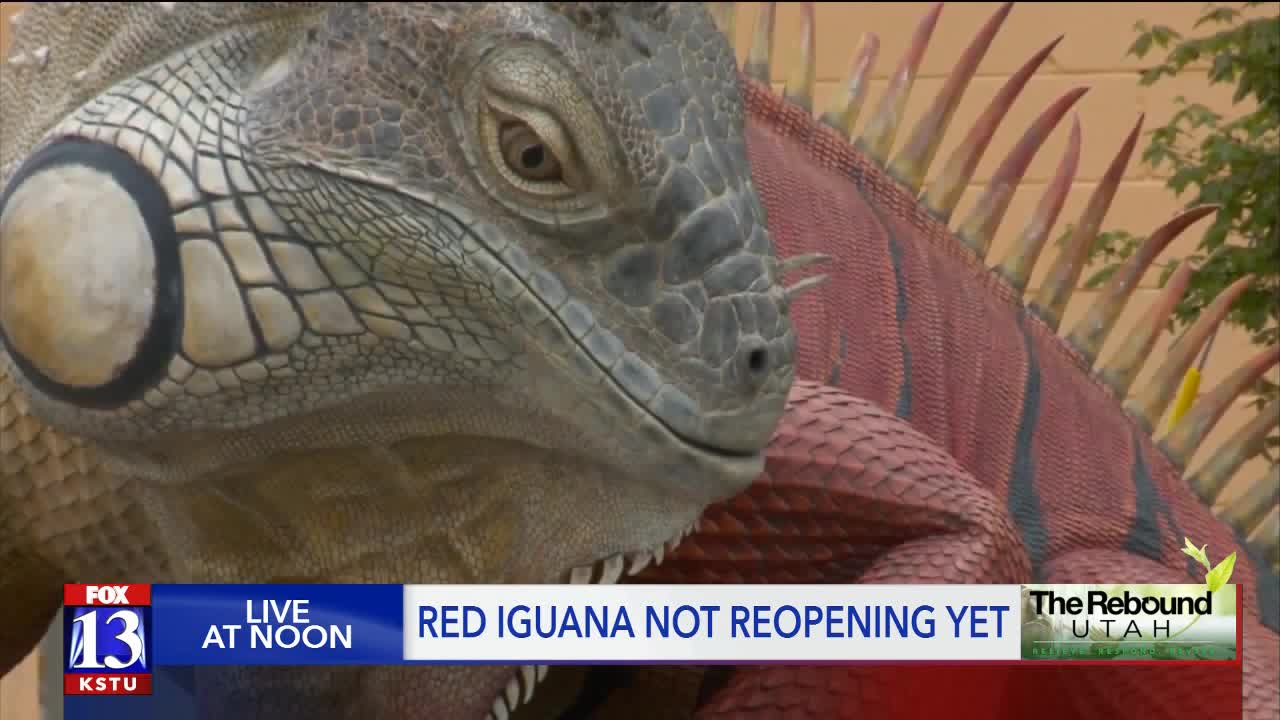 Red Iguana restaurants to stay with curbside pick-up and delivery for now.

SALT LAKE CITY — With all the restaurants and businesses that are going to open for customers this weekend, there are several that are taking a more cautious approach.

That includes arguably one of Utah’s busiest and most beloved restaurants, "The Red Iguana."

The Red Iguana is a homegrown, family-run business that's been around since the mid-1980s.

It remains one of Utah‘s most popular restaurants, serving upwards of 1,200 meals a day during peak weekend times.

But, citing an over abundance of caution, the owners say they’re not yet ready to open the doors for dine-in patrons, and will stick with curbside pick up and delivery for now.

He and his wife Lucey Cardenas took over the restaurant from her parents 15 years ago.

But the tables here are going to remain empty for a while longer, while kitchen staff continues preparing meals for curbside pick up and delivery.

February and the first half of March were the busiest on record in the 35 year history of the Red Iguana. But on March 17, when the order came down to shut down, they did.

“It was this tidal wave of expenses as well as income and everything and then it just came to an abrupt stop," Coker said. "So we had to scramble but we were able to, within 24 hours put up the curbside here.”

Then one of their employees tested positive for COVID-19, and the retaurant was shut down completely for two weeks in April.

The employee was fine and no one else got sick so curbside pick up resumed the last week of April.

Now, even though many restaurants and businesses in Utah are going to reopen this weekend, Coker said it’s just too soon.

“There’s a lot of people that we love and that love us and we want to make sure they’re going to be OK," he said. "We’re not going to bring them into an environment that we have to police them so heavily that it’s not even a good experience, we want it to be a good experience.“

Coker said he is on a text chain with 20 other local business and restaurant owners who are also taking a wait-and-see approach. He says he totally supports those who feel they absolutely need to re-open because in some cases smaller establishments have to or they may never open again.

“How do you pay your vendors, how do you pay for the food you have to buy in order to open," he said. "So there’s a lot to push and pull in this process.”

And to give you an idea of how many people were missing their Red Iguana, during the last week of April they received 10,000 calls for curbside pick up and delivery.

It’s keeping some of the cooks and staff busy but still not coming close to what they normally do.

Right now they’re counting their blessings and waiting for the right time to reopen.