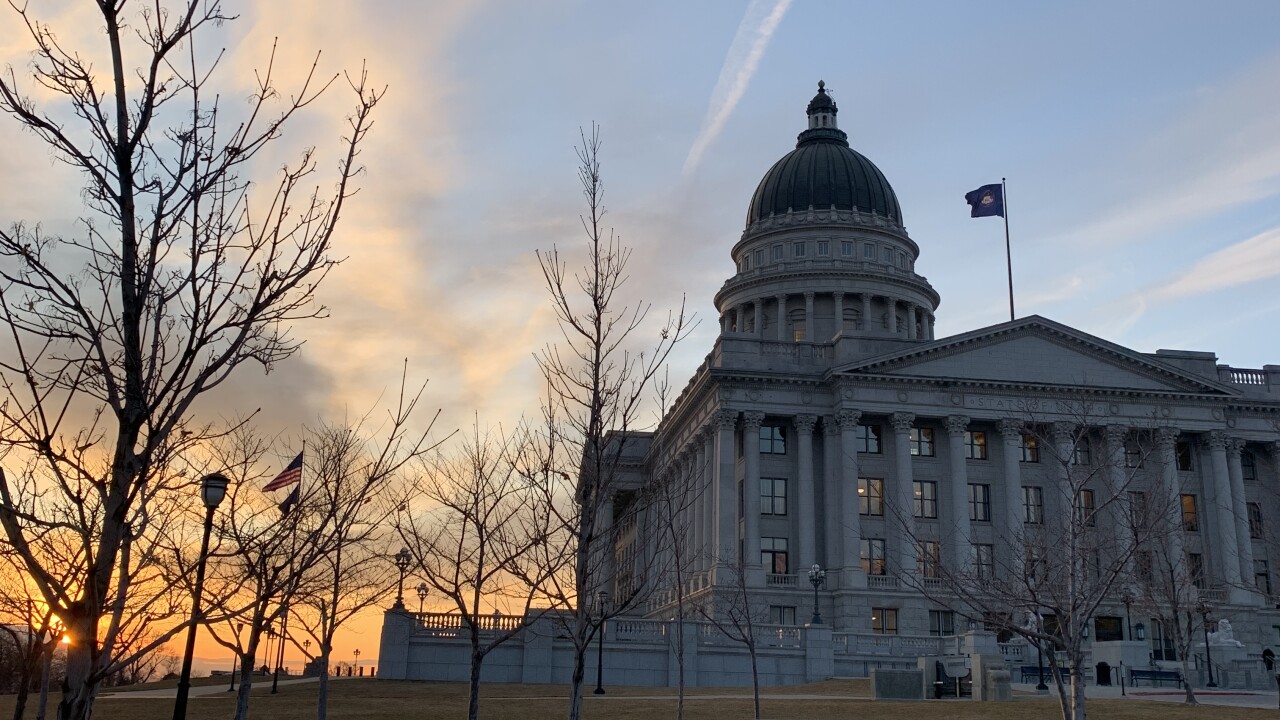 SALT LAKE CITY — A whistleblower lawsuit filed by a prison inmate alleges a number of law enforcement agencies for the state of Utah bilked the federal government out of millions in grant money.

The lawsuit claims Utah caused more than $50 million in damages, but the Utah Attorney General's Office said Thursday the actual grants are closer to $10 million.

The United States government is apparently taking over the lawsuit and running with it, according to a filing in federal court this week. The lawsuit, which was filed in 2018, was recently unsealed by a federal judge.

The lawsuit, leveled by Reginald Williams, goes after the Utah Attorney General’s Office, Utah’s Department of Public Safety, the Administrative Office of the Courts, the Commission on Criminal and Juvenile Justice, and the Utah Department of Corrections.

“Instead of complying with the implied and express requirements of the grants, the Defendants engaged in a long-standing custom, pattern and practice of conspiring to defraud the federal government by knowingly submitting false and fraudulent claims, documents and statements to obtain [Bureau of Justice Assistance] funds,” the lawsuit states.

Williams claims he became aware of the alleged grant fraud while working in the prison print shop. He is currently incarcerated for a 1987 conviction of aggravated sexual assault.

The grants were given out by the U.S. Department of Justice in the wake of the 2008 economic collapse.

“From 2009 to 2013, the Defendants applied for and received funds from BJA grant programs using a mosaic of false statements, fraudulent grant applications and certifications. In 2008, while the rest of the country lost jobs due to the economic recession, Utah officials throughout the law enforcement sector were conspiring to defraud the United States of tens of millions of dollars in BJA grant funding,” the lawsuit states.

“Defendants falsely represented that the UAGO, AOC, DPS, DJJ and DOC lost jobs due to budget cuts. In each instance, the agency had a budget surplus or cuts were restored before grant funds expired. Defendants were engaging in several interlocking conspiracies to obtain millions of dollars in federal funds which the Utah state agencies were not entitled to receive.”

Williams has been cooperating with the federal government, the lawsuit states. Apparently, the U.S. Department of Justice has been taking it seriously. Last week, U.S. District Court Judge Robert Shelby granted the government’s request to intervene in the lawsuit and file its own complaint.

That means the feds will likely file their own lawsuit within 60 days against the state. Williams seeks whistleblower status in his lawsuit.

This has been a long-running feud between the state of Utah and the federal government. Last year, FOX 13 reported that the feds accused the Utah Attorney General's Office of refusing to comply with a subpoena for information about whether state agencies lied to get grant money.

The accusations stem from before Utah Attorney General Sean Reyes took office, but in a statement he said they have cooperated with federal investigations.

"Our office provided thousands of documents, made dozens of witnesses available for interviews, cooperated during the entire process and was negotiating a settlement when those talks broke down from the other side. Any attempt to characterize our actions otherwise is absolutely inaccurate," he said.

"Although this alleged conduct took place before I or my team was in office, we know these defendants. They are upstanding public servants of Utah. Mistakes may have been made in the grant process, but the notion that these individuals and their agencies were all involved in some massive predatory and prolonged conspiracy to defraud the federal government is- not only far fetched - but simply wrong. The federal government has substantive legal problems in this case and even more serious procedural ones to overcome. We look forward to vigorously defending these state agencies and the people who protect Utah."