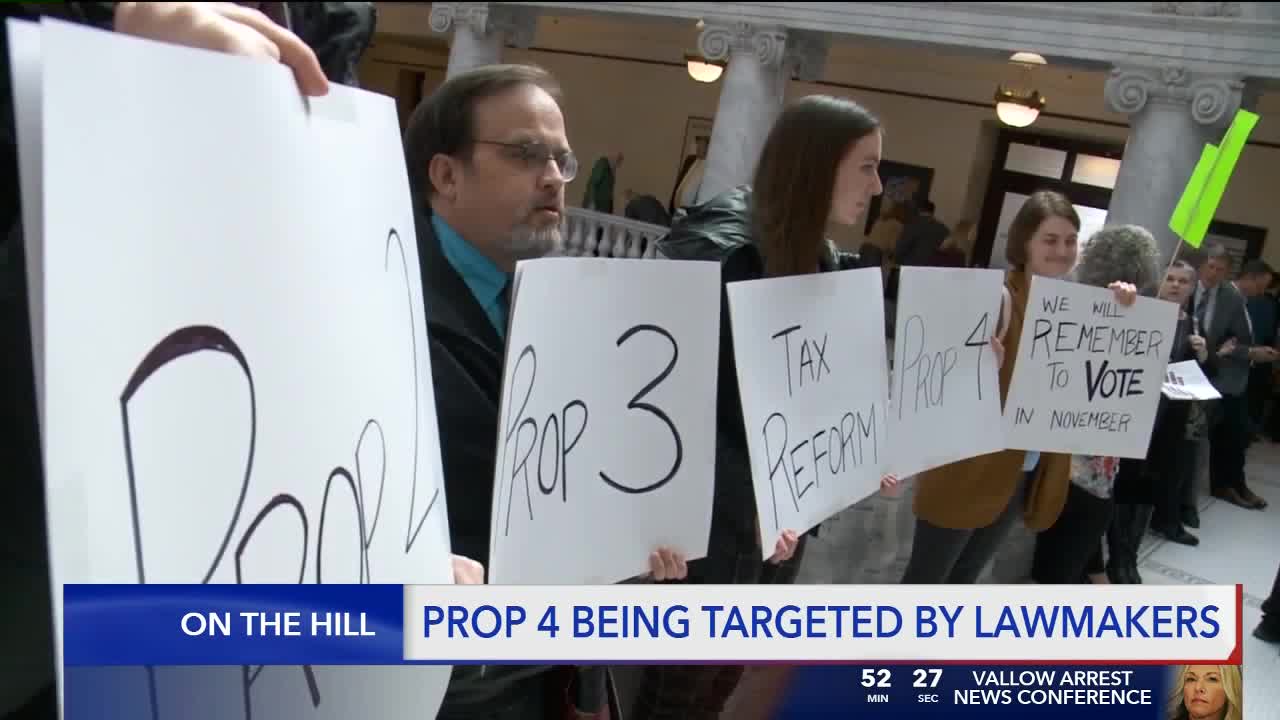 The Utah State Legislature is gearing up to target Proposition 4, the anti-gerrymandering ballot initiative, the campaign behind it is warning. 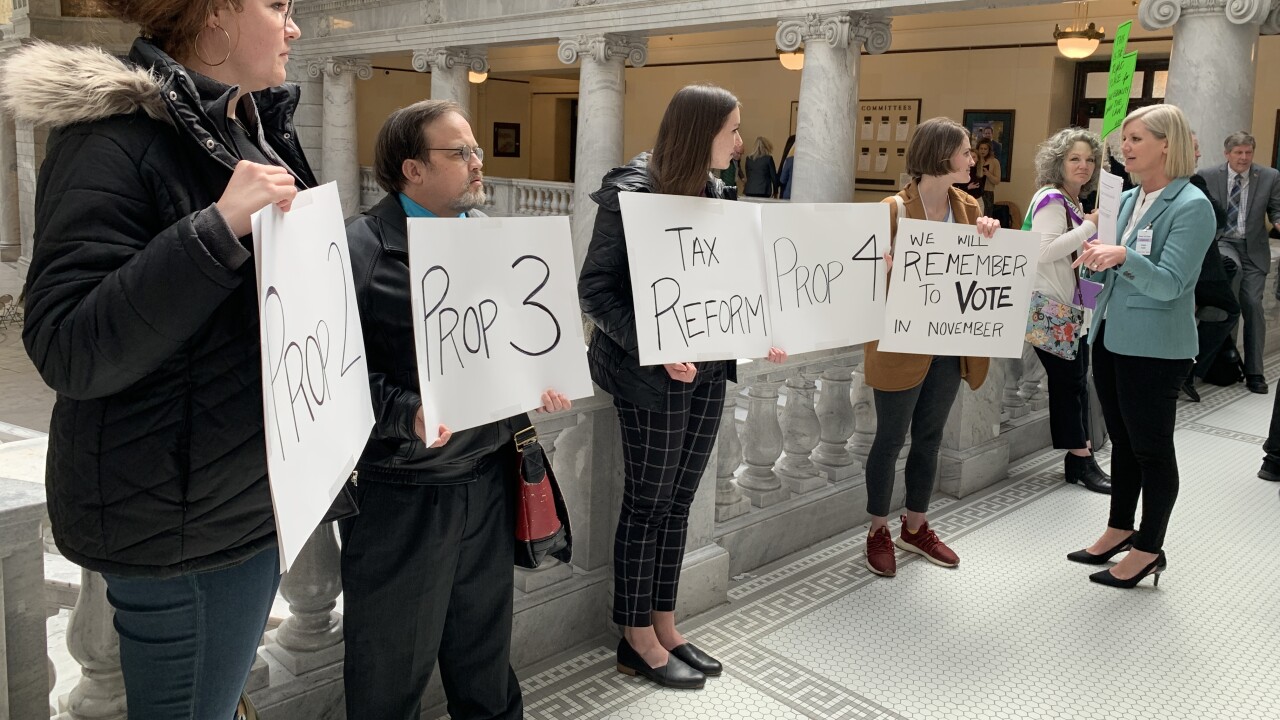 SALT LAKE CITY — The Utah State Legislature is gearing up to target Proposition 4, the anti-gerrymandering ballot initiative, the campaign behind it is warning.

The Better Boundaries campaign said closed-door negotiations with lawmakers had broken down and it was bracing for lawmakers to override the voter-approved initiative.

"Through two legislative sessions, our team exhausted all efforts to find a compromise to protect Prop 4 and put an end to gerrymandering in Utah. However, negotiations broke down when Republican Leadership would not agree to banning partisan gerrymandering and the use of incumbent addresses when the Commission draws Legislative district boundaries," the group said in an email to supporters Friday morning.

"Without a prohibition on partisan gerrymandering, Utah’s politicians appear dead set on repealing Prop 4, and leave the door open for special interests, political parties, and out-of-state consultants to determine who represents YOU on Capitol Hill."

Prop. 4 would create an independent commission to draw lines for congress, legislature and school board and recommend them to the Utah State Legislature. The legislature has asserted that only it can draw those lines, as mandated by the Utah Constitution.

Meeting with reporters on Friday morning, House Speaker Brad Wilson said there were serious constitutional and legal concerns with Prop. 4. He did not oppose an independent group drawing lines and making a recommendation, but he said Utah legislative staffers should not be assigned to the commission, nor should there be any kind of legal action taken if the legislature doesn't accept Better Boundaries' proposal.

"Whose role is in this? Almost every lawmaker recognizes the legal and constitutional challenges," the Speaker said.

Speaker Wilson said he was hopeful some agreement could still be reached with Prop. 4 backers. But Senate leaders believed things had already broken down, although they were not advocating for an all-out repeal of Prop. 4.

"They wanted a provision that said the independent commission shall not gerrymander or engage in incumbent protection. Neither of those terms can be readily defined nor quantified," Sen. Curt Bramble, R-Provo, said.

This would make three voter-approved ballot initiatives the legislature has overriden. Lawmakers rewrote Proposition 2 (medical cannabis) and Proposition 3 (Medicaid expansion) only to walk some of their proposals back. In the same election cycle that voters approved the ballot initiatives, they re-elected a majority of lawmakers opposed to them.

Senate Majority Leader Evan Vickers, R-Cedar City, said there were legal issues with the intiatives. The legislature does have the authority to modify or replace initiatives.

"If you have a bill that you’ve not had a chance to vet, you don’t have a chance to amend and it’s unconstitutional, do you just go ahead and implement it?" Sen. Vickers told reporters on Friday.

Outside the House chambers on Friday, members of the left-leaning Alliance for a Better Utah protested plans to override Prop. 4.

"We want Utah voters to know the only way for the legislature to take you seriously is to change the makeup of that legislature," said Lauren Simpson, the group's policy director. "We need to vote in November and we need to vote for representatives who will respect their constituents."

Chavez-Houck was pushing people to call their lawmakers and the governor to save Prop. 4.

"Appeal to legislators, appeal to the governor to leave Prop. 4 whole. It does not need to be fixed," she said.