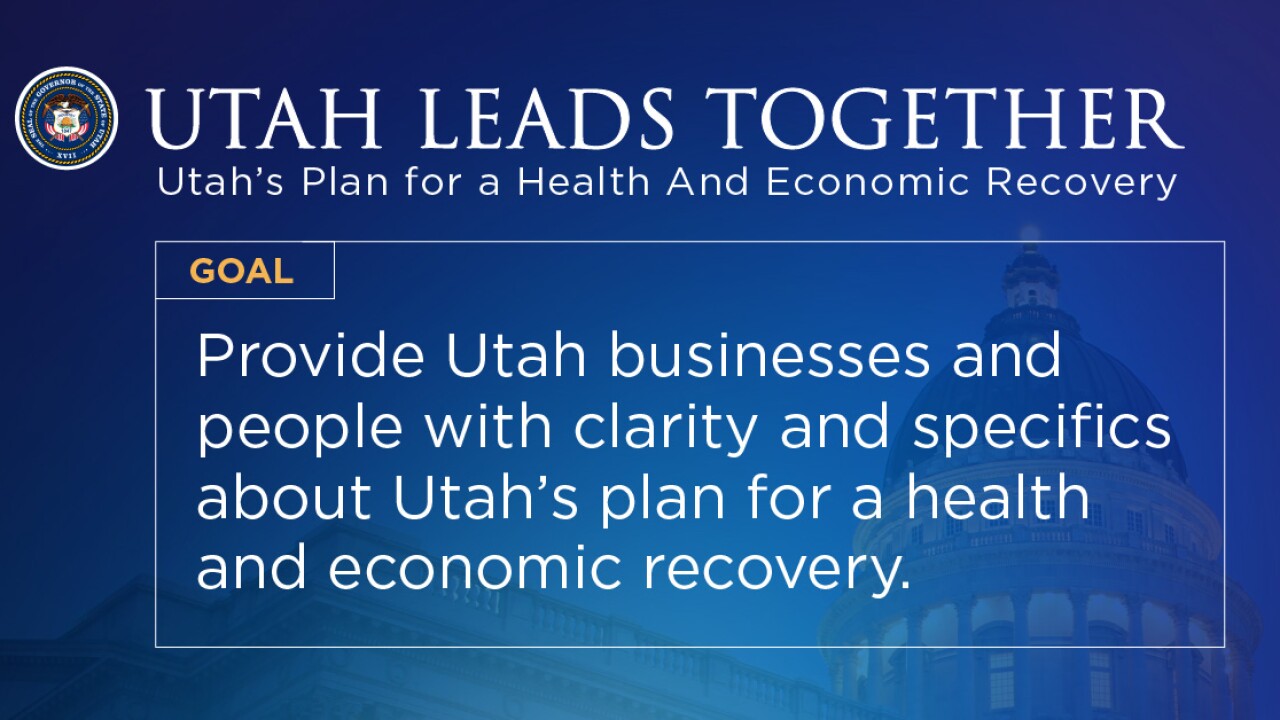 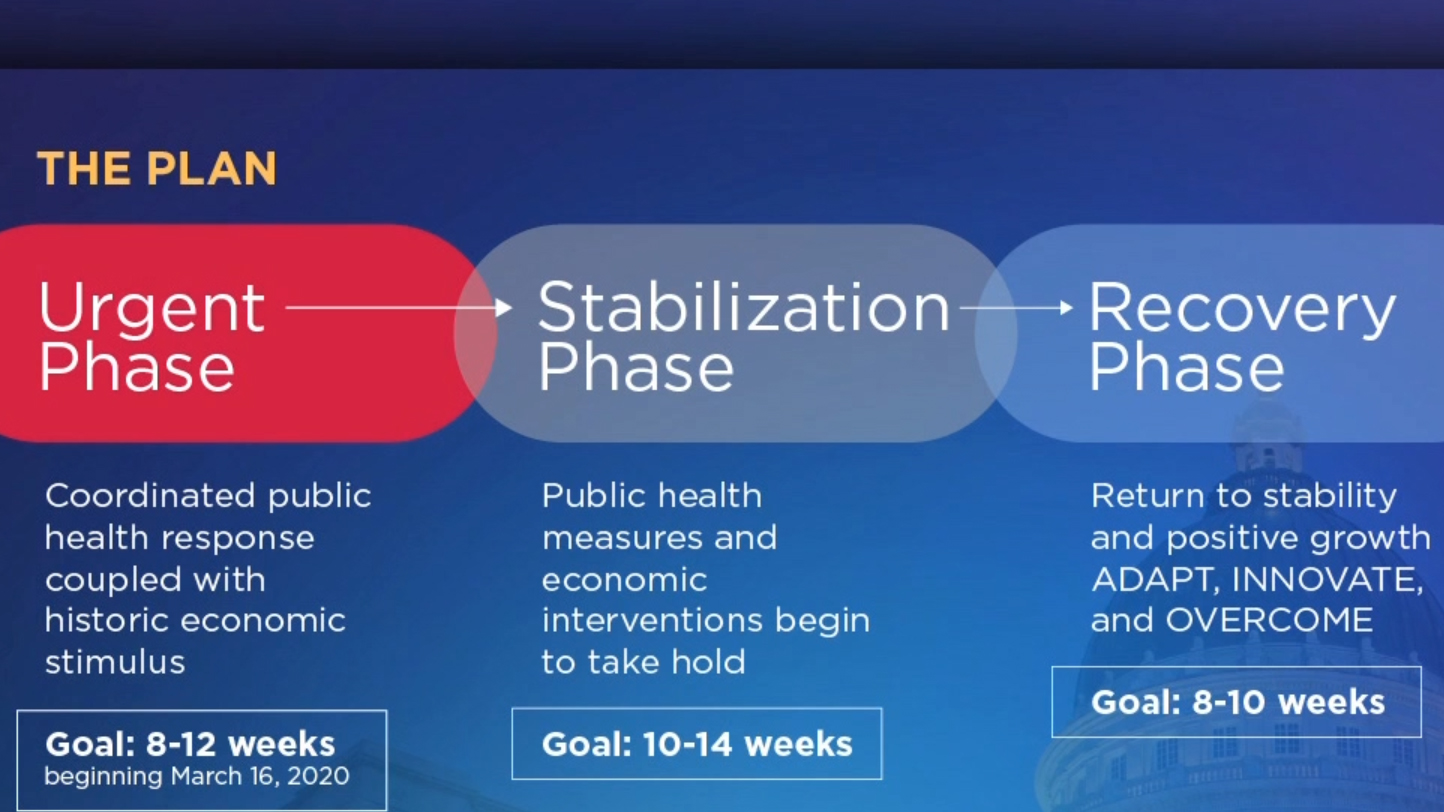 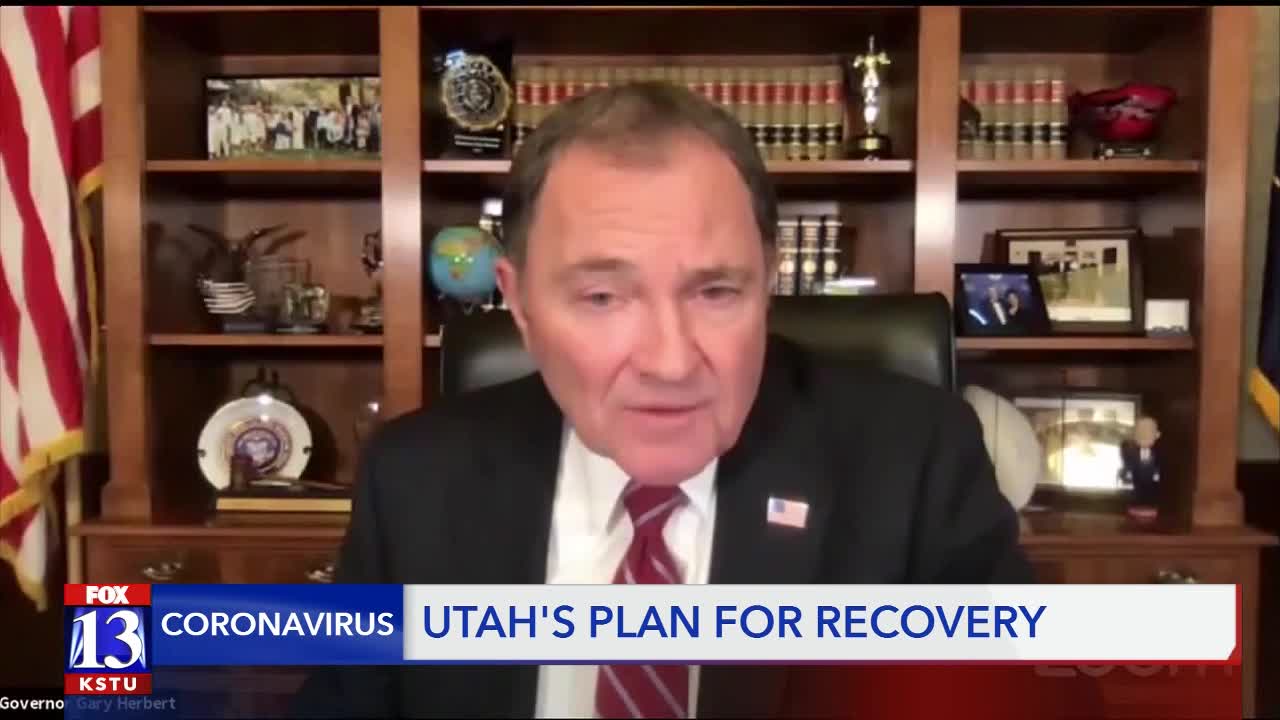 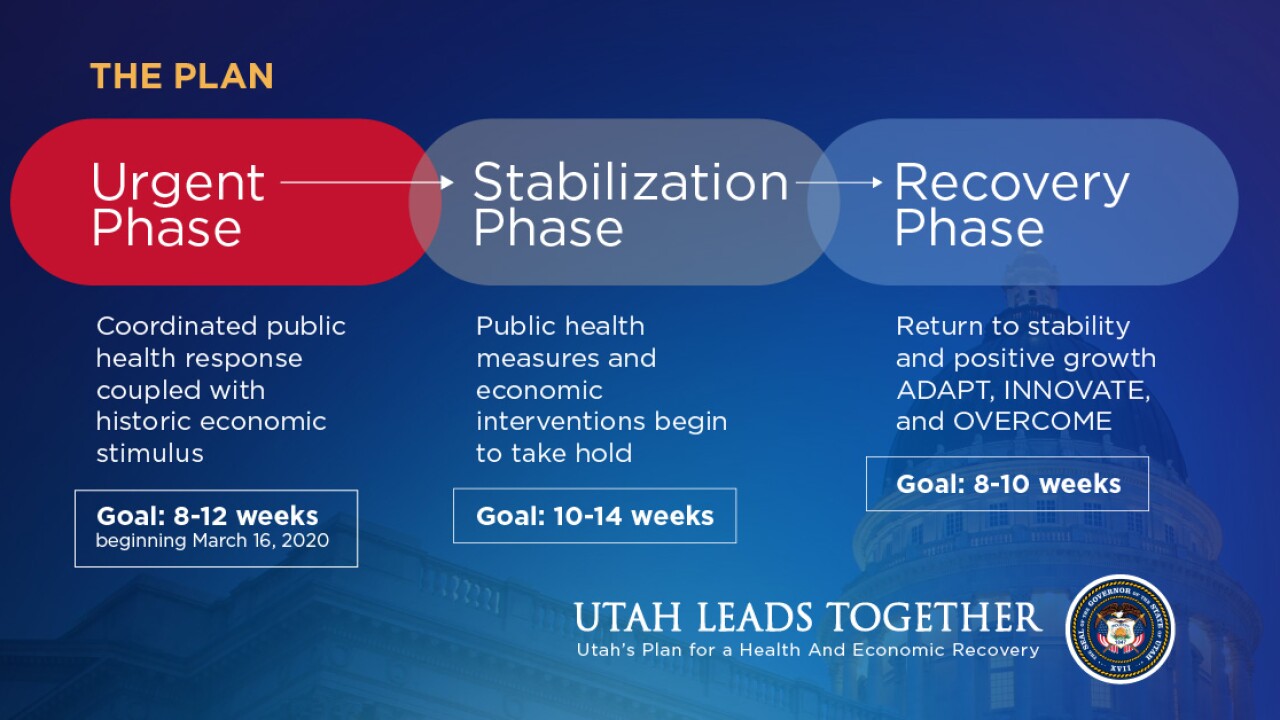 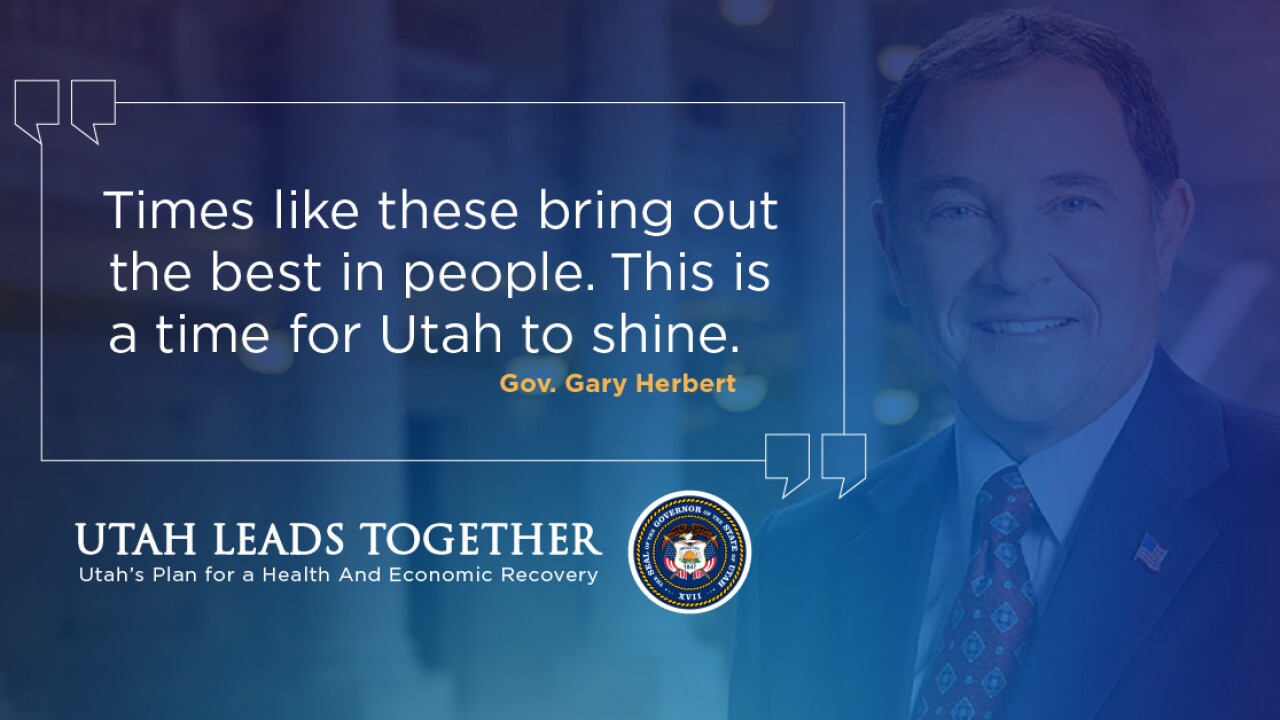 SALT LAKE CITY — Governor Gary Herbert has unveiled a plan he said could help Utah recover from the COVID-19 crisis, helping to reduce the pandemic and salvage the state's economy.

"This plan will only work if everyone participates in a united effort," he said in a news conference with state business leaders over a video chat program.

The plan, called "Utah Leads Together," puts public health at the forefront of anything the state does, but also includes economic recovery. Salt Lake Chamber CEO Derek Miller said the two are tied together.

"Many things have changed and our way of life has been transformed these past couple of weeks as the state and the nation has battled the effects of the coronavirus," said Miller, who was appointed by the governor to head the economic recovery task force.

The governor said the plan was crafted with input from health officials, business leaders and state officials. The three-phase plan puts public health as the top priority over the next eight to 10 weeks, then focuses on sustainability in the economy about 10-14 weeks after that and, finally, recovery in another 10 weeks.

"If we provide a ... direct plan that Utah businesses and households around the state will be able to plan their lives with more clarity and certainty," said Natalie Gochnour with the University of Utah's Kem C. Gardner Institute.

Increased testing will help the state figure out how many cases of COVID-19 are out there, and reduce the spread of the deadly virus. Then work can be done to fix rising unemployment and return Utah's economy to its former glory. The state's 2.5% unemployment rate before the pandemic began has helped the state fare better than others.

But House Speaker Brad Wilson, R-Kaysville, said the plan's success depends on Utahns doing their part to help out. He pleaded with people to stay home and practice social distancing to "flatten the curve" of the virus and prevent a large-scale spike in cases.

"We cannot have lapses in judgment over the next 10 days as we work to contain the spread of the virus. We need to identify and protect our vulnerable populations," he told reporters.

As the pandemic continues, Gov. Herbert has so far resisted calls for a strict "shelter-in-place" order where people are required to stay home. Those calls were renewed after families of Latter-day Saint missionaries apparently ignored health warnings and gathered at the Salt Lake City International Airport to welcome them home in large groups.

However, the governor said Tuesday it was an ongoing discussion.

"It’s a balancing act of you want to protect the health and welfare of the people, yet we want to make sure the economy doesn’t completely tank either," he told reporters. "So they’re both joined together, we’ll be reviewing our restrictions we have in place today. We’ll be doing that ongoing."

President Trump said Tuesday on a FOX News Channel town hall he'd like to see America returning to some normalcy and businesses re-opening by Easter. Asked about those remarks, the governor said it would be a "miracle" if that could happen, but his plan was data-driven and called for a more realistic approach.

"We think it’s going to take closer to two to four months to have that to happen," he said.