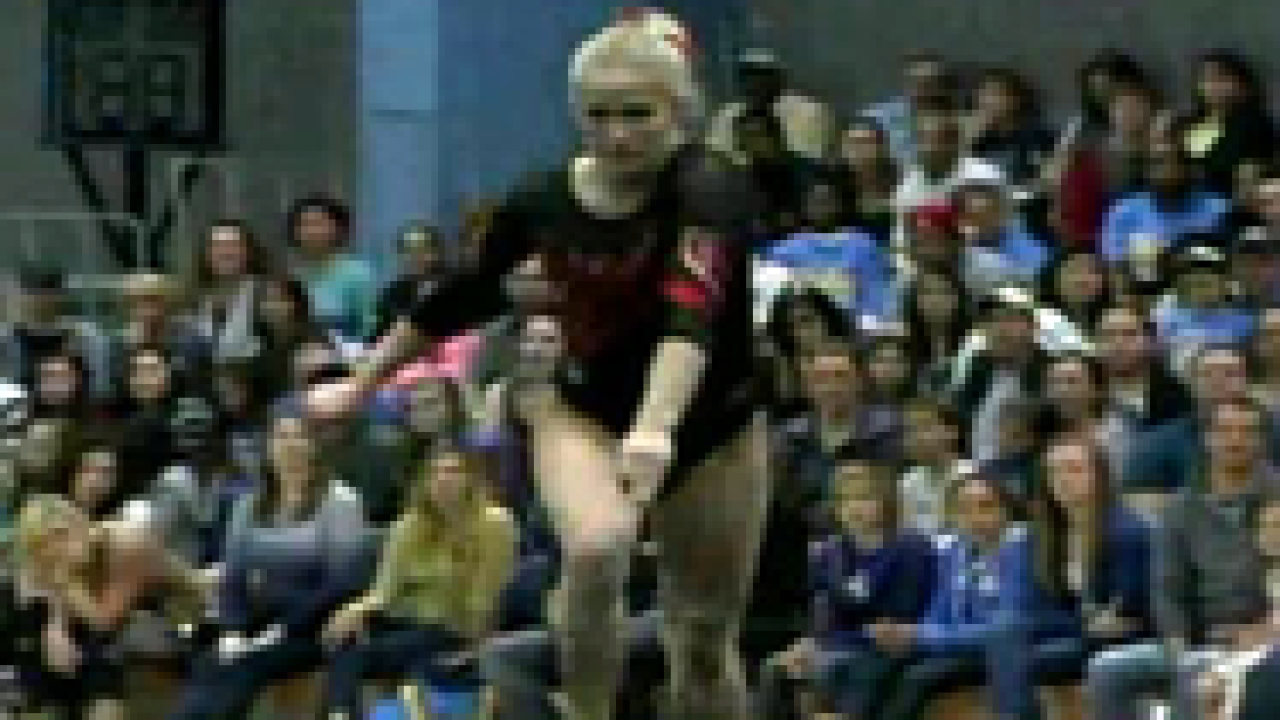 The fifth-ranked University of Utah Red Rocks gymnastics team traveled to California to compete against the top-ranked and 2010 national champion UCLA Bruins. Both teams struggled with falls and messy routines, but UCLA pulled out a close 196.075 to 196.025 victory.

Utah started the meet on the uneven bars, which proved to be a difficult aparatus as the team suffered a fall and two other missed routines. A fall in an otherwise clean routine by freshman Georgia Dabritz and a score of 9.350 forced Utah to count a 9.50 by Cortni Beers, who had several large wobbles, and a 9.575 from Mary Beth Lofgren, who missed an element. Stephanie McAllister topped the scores for the Utes with a 9.825 and the team finished with a 48.450, their lowest score of the meet.

Senior Kyndal Robarts returns as a red-shirt senior this season after an injury kept her out of the lineup for most of the 2011 season. Prior to her injury, Robarts was the national leader on the vault. She started this season with a 9.875 on vault after a large step on her landing. Freshman Kailah Delany topped the scores for the Red Rocks with a 9.90, followed by a 9.875 by fellow freshman Georgia Dabritz. The Utes finished with a 49.30 for the rotation.

UCLA again fared well in their second rotation of the bars, including a 9.90 by Aisha Gerber and counting no scores below a 9.825. The Bruins finished with a 49.275 and held over a 1-point lead midway through the meet, but their luck changed with a low showing on beam. Both Olivia Courtney and Elyse Hopfner-Hibbs fell, forcing the Bruins to count Courtney’s 9.40 and a 9.550 from Lichelle Wong. The Bruins finished with a meet low 48.375 and only 0.175 lead on Utah going into the final rotation.

Utah performed typically well on floor, highlighted by a 9.90 by Dabritz and 9.875s from McAllister and Corrie Lothrop. Kyndal Robarts struggled with landings throughout her routine and the Utes dropped her 9.750, finishing with a 49.275 for the apparatus.

Mary Beth Lofgren ended her 41-routine streak by falling twice on the beam and finishing with a 8.40. The rest of the lineup had solid routines and the Utes finished with an even 49.0 on the apparatus, highlighted by a 9.850 by McAllister.

UCLA suffered from several steps out of bounds and shaky landings on floor and were forced to count a 9.70 from Olivia Courtney and 9.75 from Aisha Gerber. But 9.875s from Tauny Frattone and Samantha Peszek kept the Bruins on top and the team finished with a 48.975 on the floor.

Utah returns to Salt Lake City next Friday for their home opener against Utah State University.