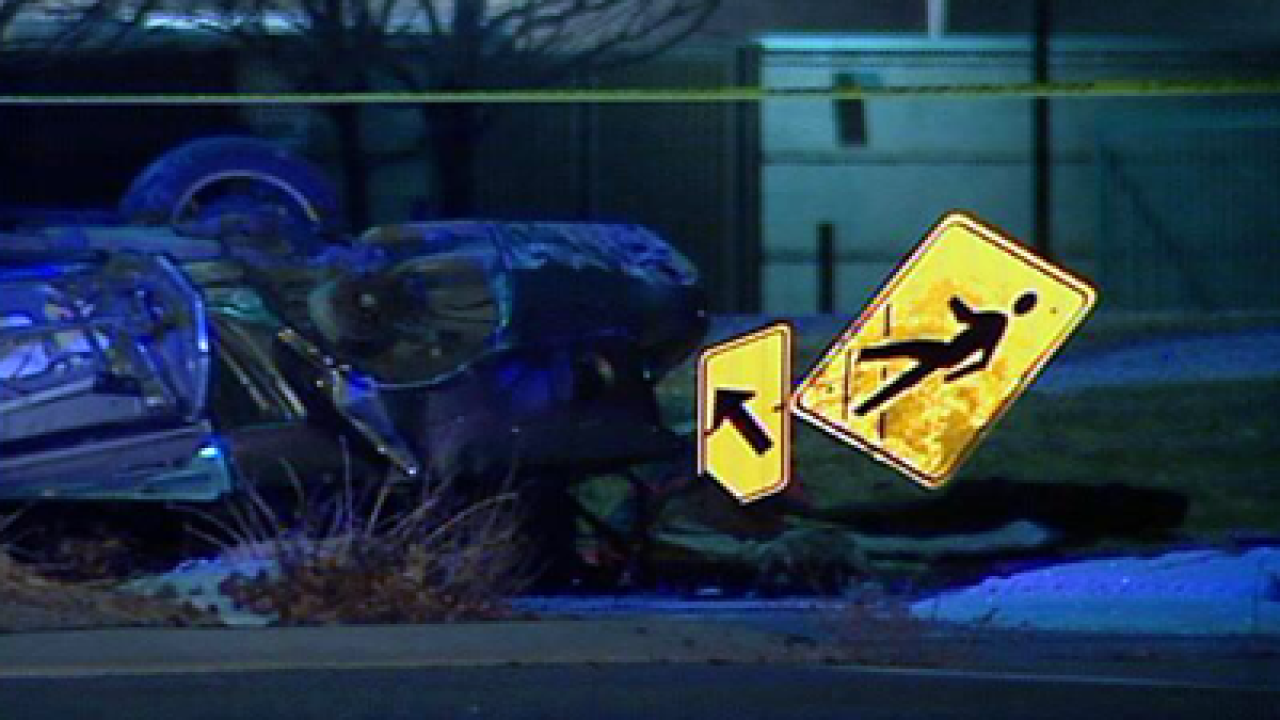 Police say the crash started just after 11 p.m. when officers spotted a stolen vehicle near 4400 West and 3100 South. They tried to pull over the car but say the driver took off and tried to hit officers with his car.

Police say the chase lasted about four minutes, reaching speeds of nearly 80 miles per hour, before ending in a serious rollover accident near the West Valley Cultural Center.

"Several officers attempted to lay spikes down in an effort to end the pursuit. The suspect driving that car did try hit our officers on more than one occasion during the course of this pursuit," said Lt. Scott Buchanan, West Valley Police Department.

Police say one of the people in the car was ejected during the accident. One of the three men in the vehicle was flown to the hospital and all are expected to survive.

The names of the three people were not released but police say they may be involved in other crimes.