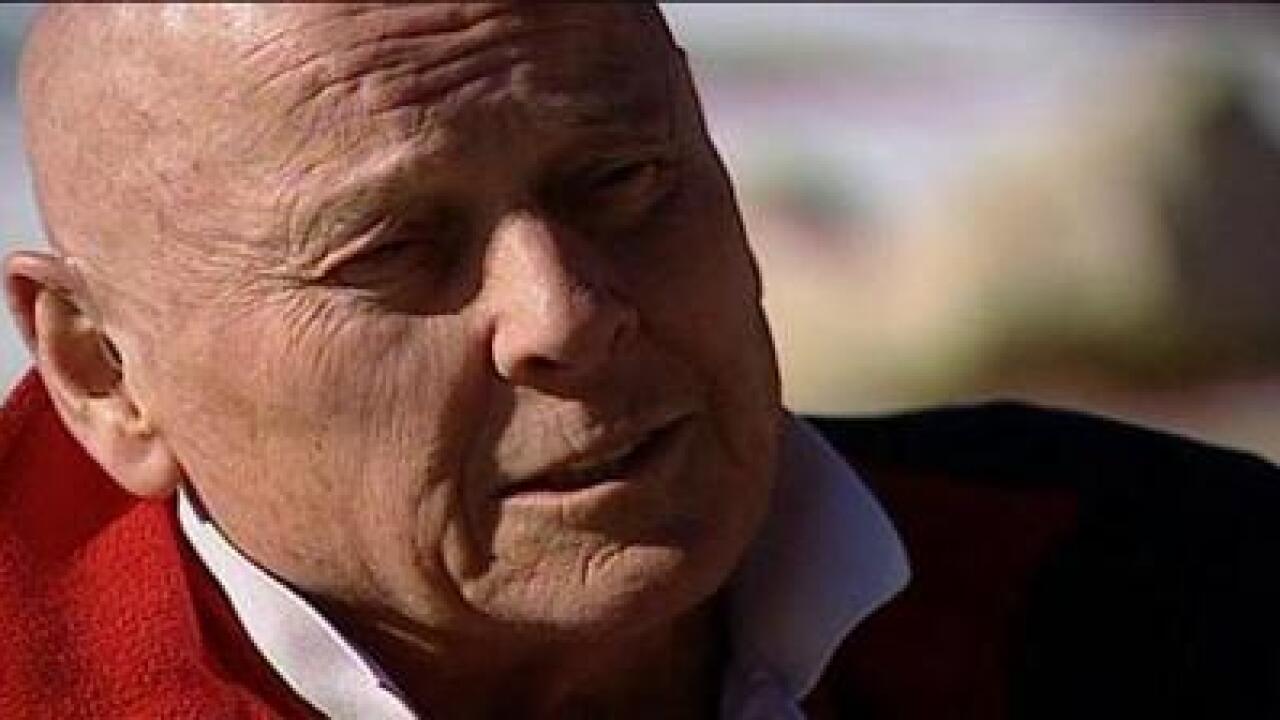 It's a new foundation that hopes to never get used.

But the Utah 1033 Foundation has been used already, to help the family of murdered Ogden police officer Jared Francom. "10-33" is the police code for "officer in trouble." The foundation was created to help the families of officers killed in the line of duty.

"Every time an officer opens their car door they put their life on the line," he told FOX 13.

Steen cut a check to the family of Jared Francom, who died last week in a shooting while serving a drug-related search warrant. Five other officers were wounded. Steen gave the $25,000 check to Francom's widow, Erin, the day the Weber-Morgan Narcotics Strike Force agent died in the hospital.

"We presented the check to Erin, who obviously was very stunned," said Steen. "I can't imagine what she was going through. It's kind of interesting that this was the mission that we would have. I never thought the day would come that we would actually do it."

Police officers' families are able to collect on their pensions or life insurance, but it can often take months for the paperwork to come through. The Utah 1033 Foundation says its mission is to provide an immediate influx of cash for the families.

"It helps with 'What am I going to do for a house payment?' Or 'How am I going to put food on the table for the kids?'" Keefe said. "It doesn't ease with the loss, though."

A fund has been set up to help the Francom family, as well as the other wounded officers who face medical bills and other needs. Ogden police said donations can be made in their names at any Bank of Utah.

For more information on the Utah 1033 Foundation, visit utah1033.org.