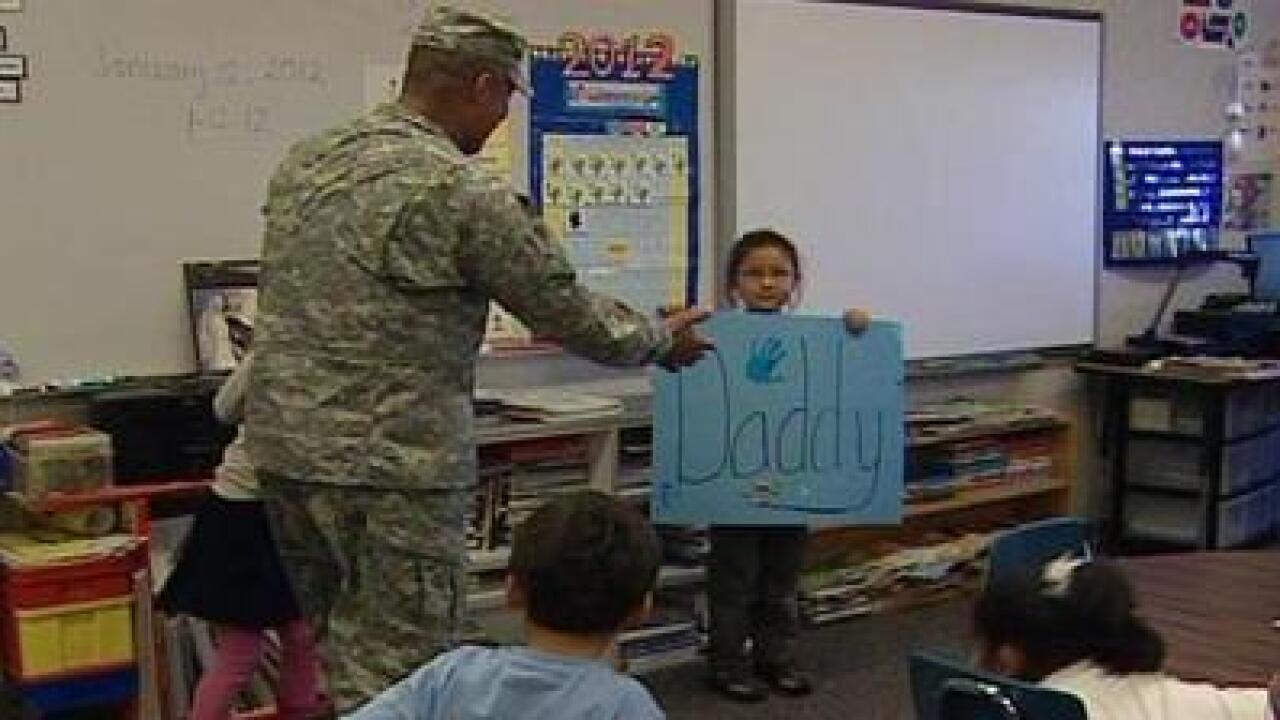 Army Staff Sgt. Edgar Figueroa's twin girls had no idea that a normal day at school would bring such a happy surprise.

The military father, who was not expected to be home from his mission in Iraq until summer, made a surprise visit Thursday. While the 1st grade twins and their classmates at Riley Elementary were making posters to welcome Figueroa home, the father entered the classroom to the immediate embrace of his two 6-year-olds.

The twins' mother has been planning the surprise for her kids for the last couple of months.

"I wanted to surprise the kids because they miss their dad -- and I do too," says mother Elaine Figueroa.

For the Army Staff Sergeant, he is still trying to adapt to home life, even if it is for a couple weeks.

"I don't know what to feel. It's going to take me a day or two to settle down and realize I'm home," Figueroa said.

Figueroa left for Kuwait six months ago to help troops withdraw from Iraq. He recently found out the Army was giving him leave for a short visit with his family.

"I'm really happy to be home ... missed my kids and wife. Glad to be back," says Figueroa.

Figueroa says he joined the military as a way to contribute to something greater than himself.

"My father raised me to pay back. I'm trying to keep them safe," Figueroa says referring to his children.

He is helping keep, not only his children safe, but also their classmates, who he high-fives walking out of the 1st grade classroom.