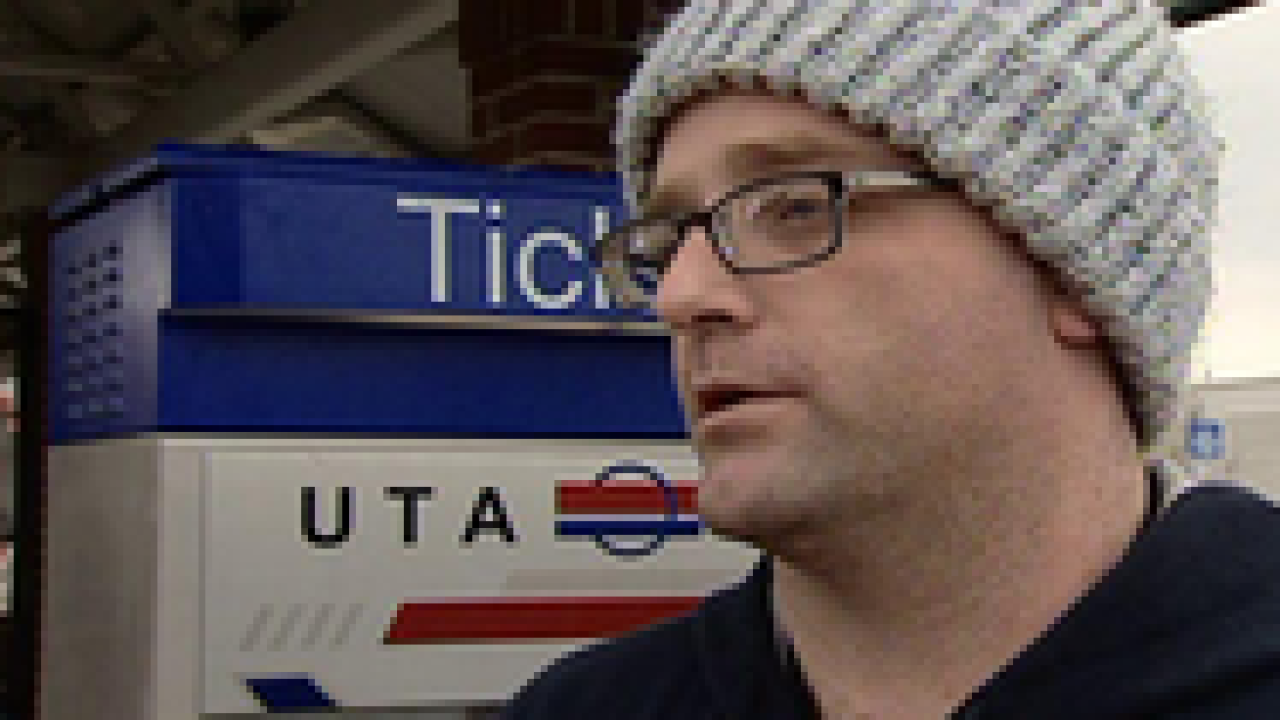 A Salt Lake man says he acted on instinct when he pulled an injured man from the tracks of a TRAX train on Thursday.

Cameron Whitlock says he just responded when he saw a man caught between the tracks and the still-moving TRAX train on Thursday afternoon.

“I had my back to the tracks and then I heard thud, thud, thud. And I turned around and the guy was being eaten by the train,” said Whitlock.

The blow from the train knocked the 40-year-old man out. UTA says the man was standing too close to the tracks and somehow came in contact with the train when it started moving again.

He was transported to the hospital in critical condition, but Whitlock says it could have been much worse.

“If I could go back I would do it all over again,” he said. “I saw somebody who needed some help and I helped him. It’s just that simple.”

This incident is just one in a recent increase in UTA-related accidents, both with pedestrians and with vehicles.

“We’ve had a very good safety record up until six months ago when it suddenly seemed we had a increase in the number of incidents. We’ve had two this year and we are only a couple of weeks into the year,” said Gerry Carpenter, spokesperson for UTA.

The increase led to a safety campaign for UTA. They encourage riders to stay clear of tracks and not go around crossing arms that are down. They also encourage passengers to watch out for each other.

“I just heard that some guy got hit, but I’ve heard throughout the last year that a lot of people have gotten hit by TRAX, which is dumb. There’s a yellow line right there. People just need to move out of the way,” said Branton Johnson, a TRAX rider who says he’s seen a lot of near-misses.

Whitlock says the accident caused him to miss a college course and, as a result, he got kicked out of the class. But he says he made the right choice.