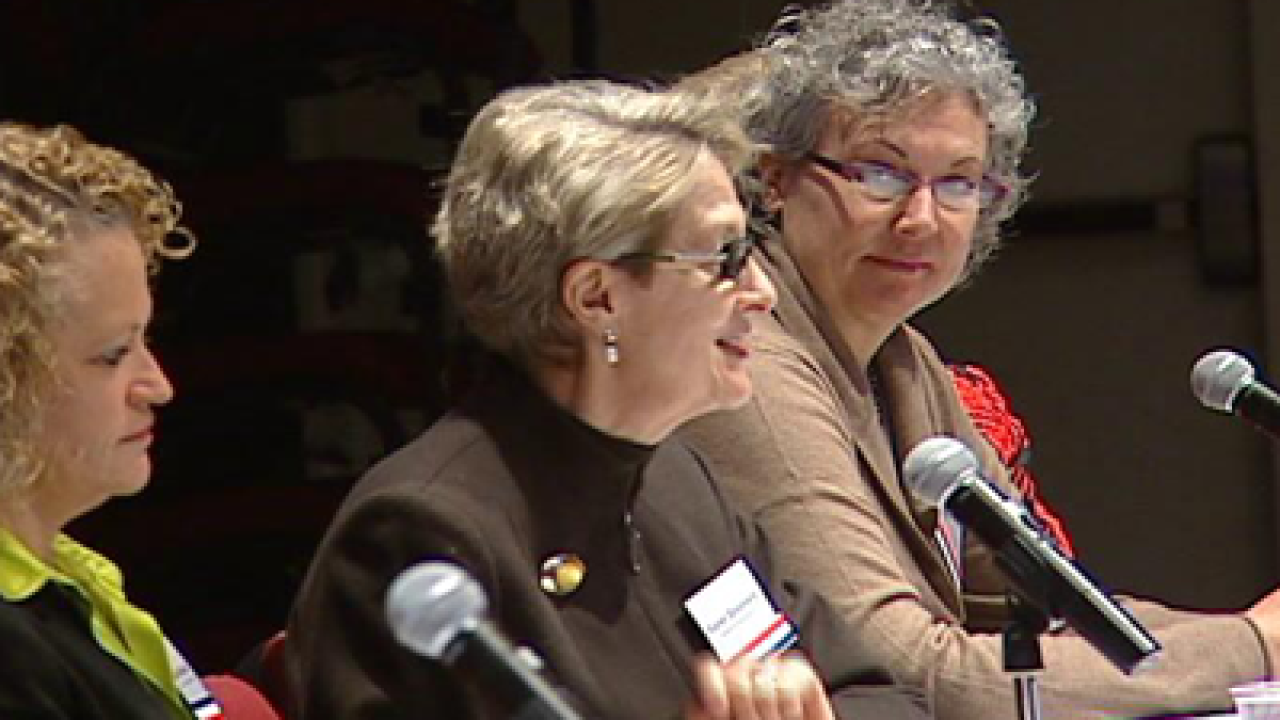 The Real Women Run initiative says that Utah women are under-represented in politics. They are working to educate families on the process of getting involved in their political community.

The group held their inaugural event, sponsored by The Hinckley Institute and the Salt Lake City chapter of the YWCA, on Saturday in Salt Lake City to help teach and encourage women to run for public office.

Former and current elected female officials joined more than 200 participants at the event, aimed at getting women involved in politics. Campaign strategy, media training and fundraising skills were discussed.

“We need to be encouraged by our colleagues, by our friends, by our neighbors and by our family to step forward,” said Rebecca Chavez-Houck, Utah Representative for District 24 in northeast Salt Lake County.

Only 17 percent of Utah’s legislature are women, and many residents are hoping that will change.

“Today’s event is to really reinvigorate the excitement and to get more women involved,” said Katie Groke Ellis, Regional Director for the White House Project. “Utah ranks 43rd in the country for female representation at the state capitol.”

Participants say the most important aspect of the campaign was giving women confidence and encouragement to participate in politics.