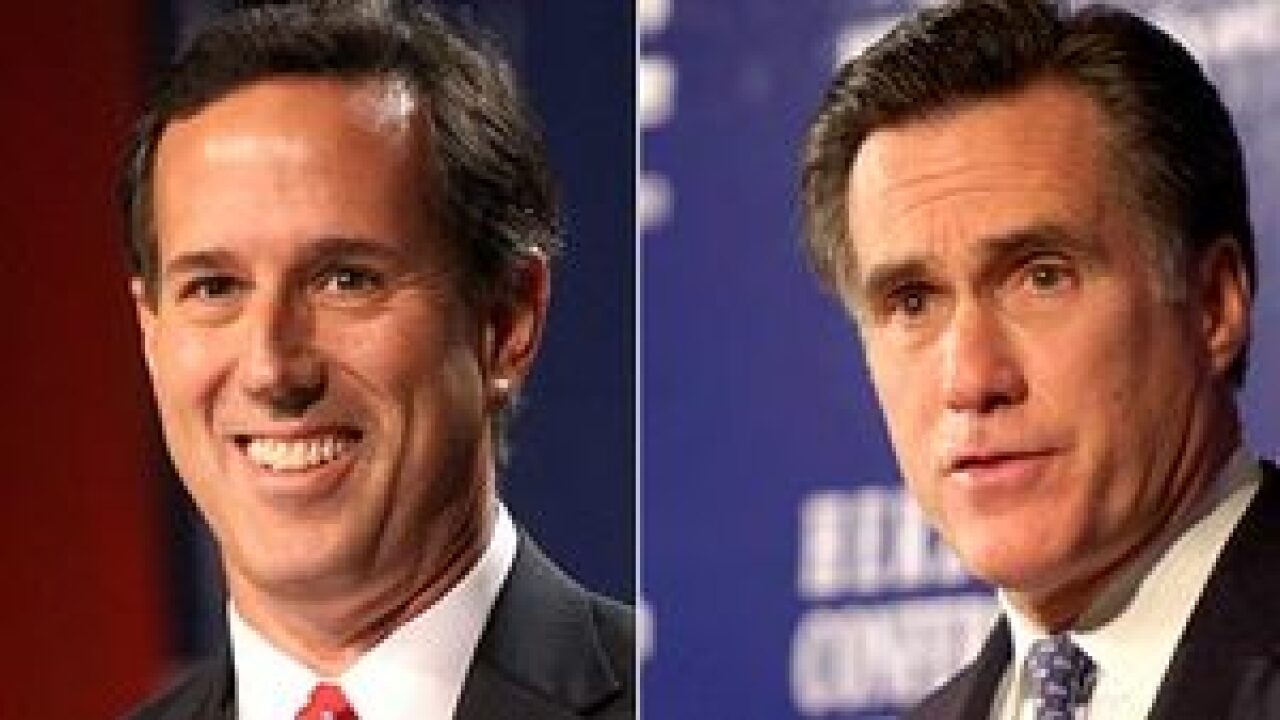 Republican presidential candidate Mitt Romney said Thursday that results from the Iowa caucus resulted in a “virtual tie” between him and Rick Santorum.

His statement came after The Des Moines Register newspaper reported Thursday Santorum wound up with a 34-vote advantage over Romney, though the paper said results from several precincts were missing and there are “too many holes” in the certified totals to know the victor for certain.

The report that Santorum may have beat Romney in the Iowa caucuses is “very exciting,” Santorum campaign spokesman Hogan Gidley said. Gidley said the results may change “the narrative” that Romney won both Iowa and New Hampshire.