NWS estimates as many as 40 homes damaged by flooding 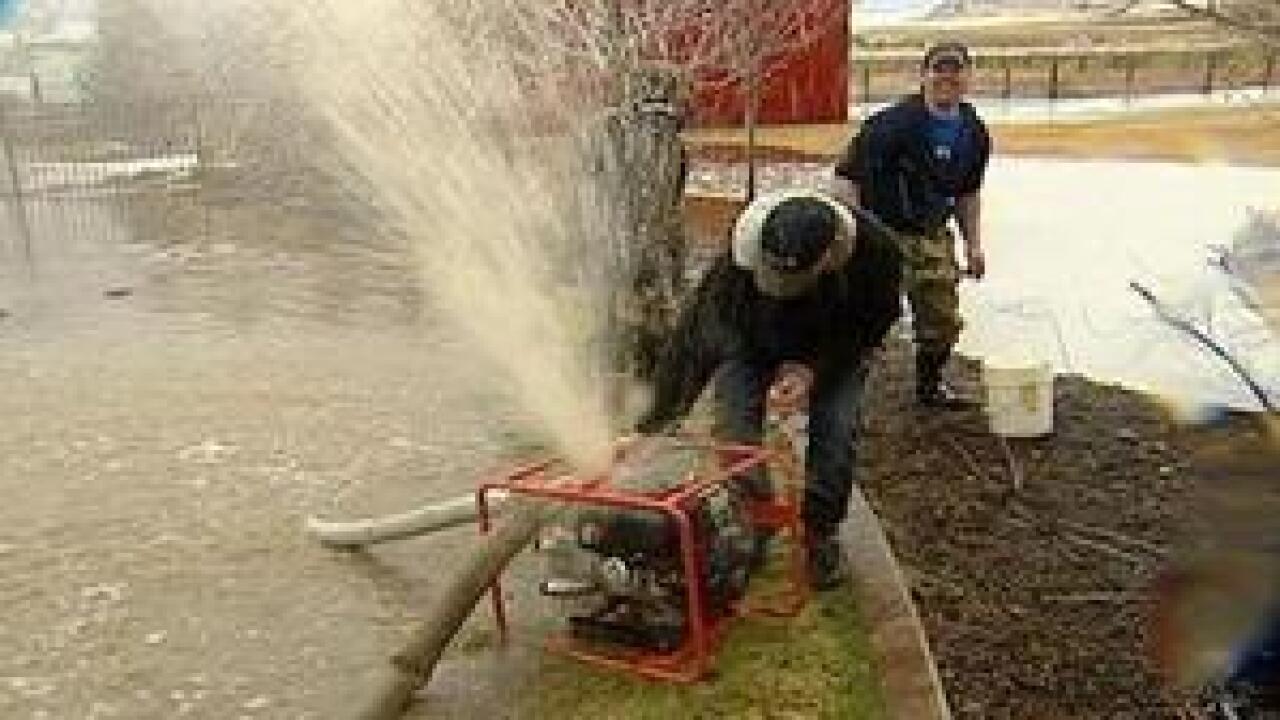 Flooding continues in Cache County and is causing some road closures.  Police say State Road 23 between Mendon and Wellsville has been closed indefinitely due to flooding.

The National Weather Service estimates that as many as 40 months could be damaged.  Many homes, especially the Mendon/Wellsville area of Cache Valley, were damaged from sheet flooding, which happens when the ground freezes and cannot absorb water. There is also flooding over some roadways near Hyrum and outside Wellsville.

“We are much more prepared this year,” said Cache County Emergency Manager Rick Williams. “Every time you have a flood event, you learn from that event.”

Authorities started getting phone calls reporting flooding at 4:30 a.m. Wednesday with residents saying their basements and yards were being inundated with water.

Inmates from the local jail were tasked with the job of filling sandbags. However, resident Tyrell Smith said sand wouldn&apos;t have helped the situation at his mother&apos;s house, as the water level there went above his waders.

“The barbeque was under water. The lawn mower — I had to pull out with a four-wheeler,” said Smith. “All I could see is a big lake pretty much.”

Wellsville resident Robin Cooper says that the water flow came through her basement window well and that the glass “couldn&apos;t take it anymore and broke.”

Cooper says she does not have flood insurance because her area did not have a history of flooding.

Neighbors came to help pump the water out of the house and front yard. They say the rainwater turned on like a tap.

No injuries have resulted from the flood.

Sand and sandbags are available at the Wellsville Fire Department and the Cache County Road Department in Logan for residents who want to perimeter their property.

The Cache County Sheriff&apos;s Office issued the following as part of a status update on Facebook:

“Please drive cautiously and avoid flooded streets as your vehicle may stall out while driving through flooded areas.”

Sandbags can be picked up at two locations: the Wellsville Fire Dept. at 73 East Main St., Wellsville and at Cache County Road Dept. at 525 North 1000 West, Logan.