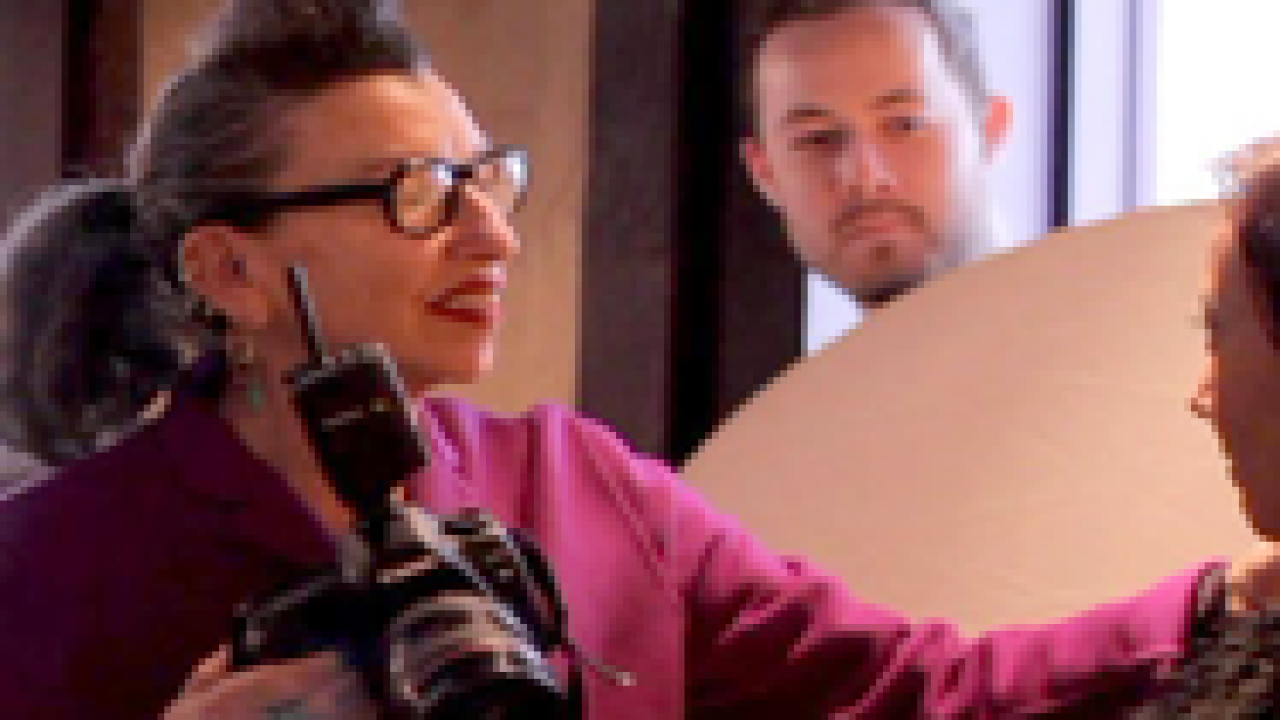 For ten days, Hollywood comes to Utah for the Sundance Film Festival, and so does celebrity photographer Henny Garfunkel.

A fixture of the festival since 1994, Henny is a bit of a show herself. Her high hair and bright lips create an appearance as distinct and memorable as any celebrity she’s photographed.

Her typical Sundance day involves meeting with dozens of actors and agents in private locations across Park City. She then photographs them individually or in groups for various publications.

The shoots happen quickly, keeping pace with the frenzy that is Sundance.

When asked about the number of actors she’s photographed over the years, she smiles and laughs.

“Thousands,” she says. “A lot of times you meet them from one festival to the next.”

“Ben Affleck, Gwenyth Paltrow I remember years and years ago, Kevin Smith, just like tons of people you know. Sundance is that festival where there are breakthrough performers,” she recalls.

Henny claims she became a “celebrity photographer” somewhat by accident. Her favorite subject matter to capture has always been subcultures. Her portfolio includes society’s more unusual events and people. Celebrities, she says, are essentially a subculture themselves.

As Anne Heche arrived for an appointment, Henny met her with a hug, and the two did some quick catching up before the photo session.

Aside from mastering camera settings, Henny’s real gift, it seems, is handling people with ease and confidence, building report along the way.

The biggest stars even allow Henny to photograph them for her personal Polaroid collection.

“That was something I sort of came up with I guess in the year 2000. I wanted to do something else than just do a standard portrait of someone so I got out my old Polaroid camera and just started taking Polaroids of people at the end of a shoot, sort of like one last shot.

“I tell them they can do whatever they want, so they make faces, or they sign across the Polaroid, and do whatever they want. It’s partly like their thing and my thing, but give them more freedom where they’re a little more relaxed instead of like a standard big camera portrait.”

Henny says working Sundance is a little harder each year, and misses the “feel” the film festival’s past.

“We did this whole thing without cell phones or computers or any of the new technology, you’d just meet someone on the street and say come over here, let’s do some portraits,” she said.

In spite of the grumble, it’s clear Henny enjoys her work and the people she meets along the way far too much to stop.