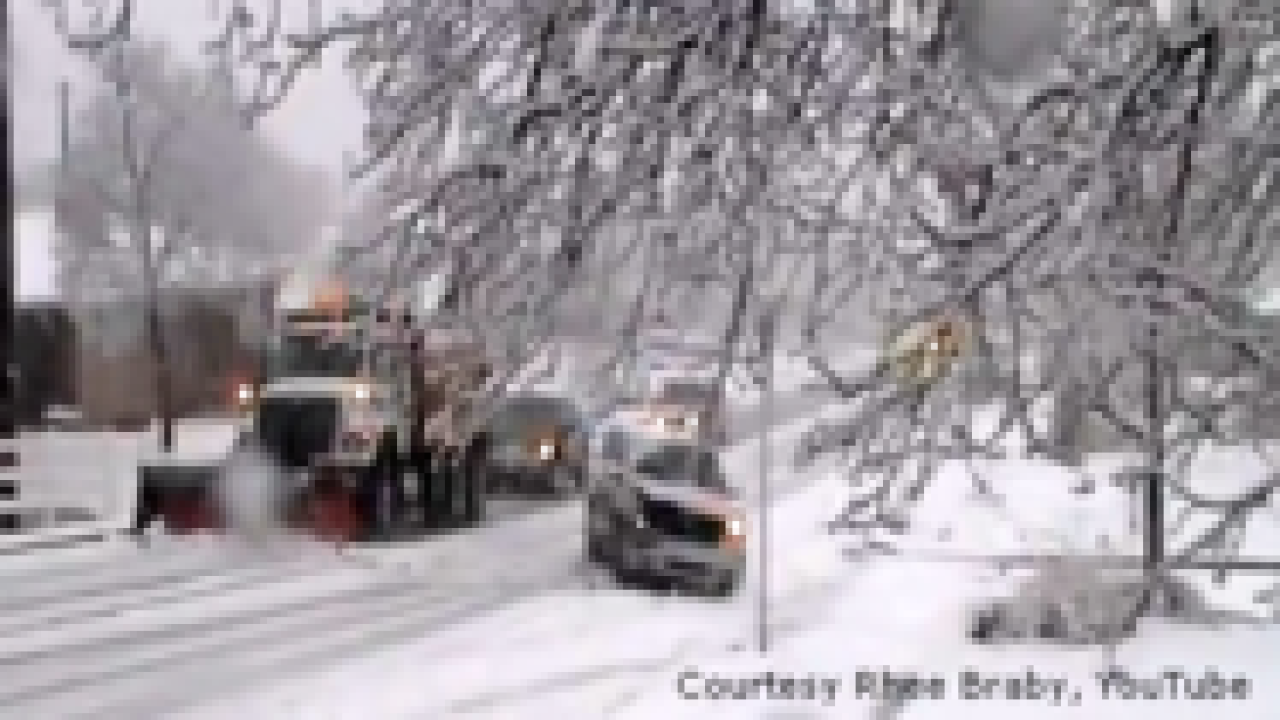 Heavy snow across northern Utah after one of the driest Decembers in Utah’s history made for slippery roads and motorists paid the price.

The Utah Dept. of Public Safety reported 228 slide-offs in Box Elder, Weber, Salt Lake, Utah and Summit Counties on Saturday and Sunday, with 152 of those in Summit County alone. In Salt Lake and Utah Counties, there were 21 injury crashes and 106 property damage crashes.

One Bountiful resident caught drivers sliding and spinning on his slippery road. Rhee Braby says the steep roadways of Bountiful’s 400 North made for a very treacherous roadway, and while slideoffs are common, he didn’t expect anything as bad as he caught on tape.

“It was really slick. It didn’t matter what car you had, it wasn’t gonna make it down,” said Braby.

Braby’s neighbor Charles Ehin had trees and bushes knocked down Saturday as cars slid into his yard.

“We’ve never seen it like this. This was unbelievable,” said Ehin. “It’s more of a concern of people driving than this thing.”

Despite warnings from residents at the top of the hill, many drivers still decided to head down the slope, some refusing to slow down. Police say there were nearly a dozen crashes, but fortunately no injuries.

“I’m surprised that no pedestrians got hurt coming out of their cars because you can see some close calls on the video,” said Braby.

Braby posted his video on YouTube Saturday, and it has already gotten tens of thousands of views. He hopes it will remind drivers to be safe when traveling in snowy conditions. Residents hope it will encourage the city to salt the street earlier; they say it could have made a big difference.