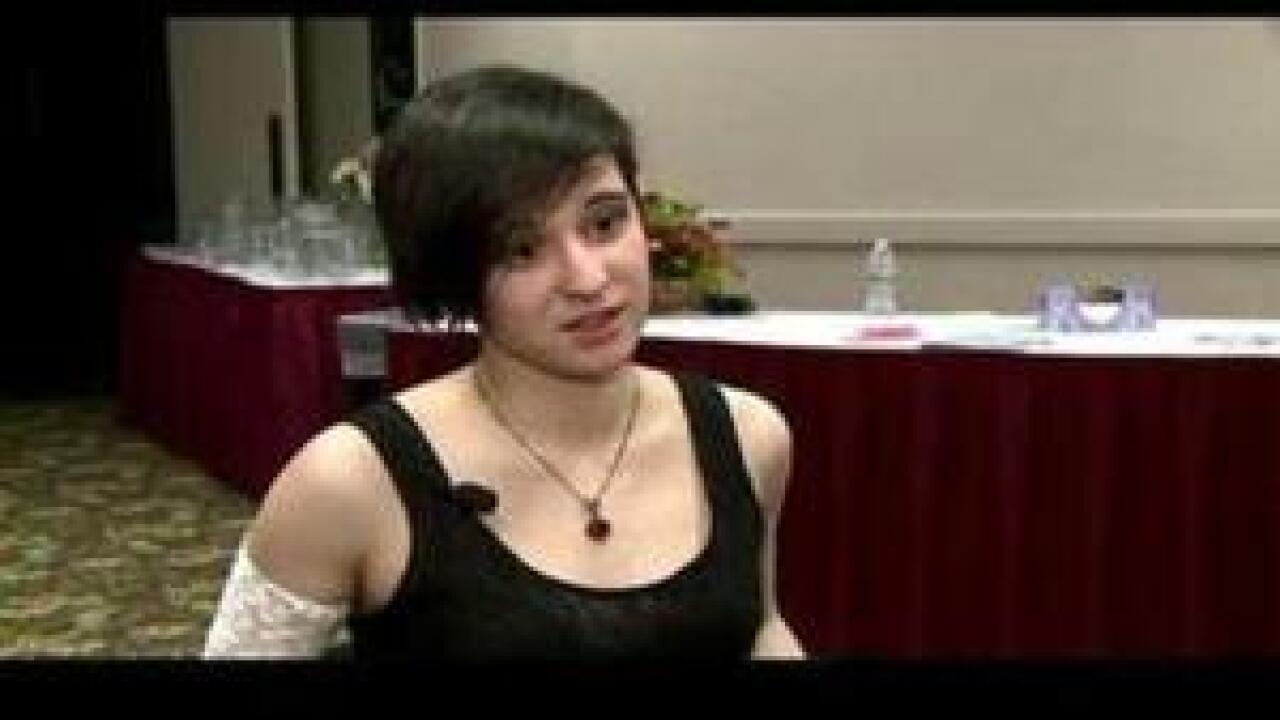 LONGMONT, Colo. -- Anna Beninati may have lost her legs in a train accident, but she still loves to dance.

The 18-year-old got to do just that at an event to thank the people who saved her life four short months ago.

Anna handed out awards at the Longmont Fire Awards Ceremony this weekend. “I would not be here without them,” she said.

Anna is living in Utah with her family, but flew to Colorado for the event. She says she remembers her accident vividly.

In September 2011, she and some friends were trying to jump a train from Longmont back to CSU in Fort Collins.

“I remember thinking in my head, I was like, wow this is really, really, really a bad idea,” she said. She says she ran and jumped, getting one leg onto the ladder.

But the other leg was dragging and she couldn’t pull herself up.

“Next thing I know I’m laying on the ground and I’m watching as car after car just goes over my legs.”

Her friend pulled her out from under the train and started first aid. “I looked down and I could see that my legs were not attached to me anymore and that was terrifying,” she said.

Two off-duty nurses who happened to be in the area came to help and called 911. They took control until the ambulance arrived.

“I shudder to think what would have happened if I had not gotten the immediate attention that I did. I mean I quite literally would have bled to death right there,” she said.

Eleven surgeries later, Anna has an amazing perspective on her life.

“Since my accident, really it’s only been good things,” she said. She is skiing, getting ready to go back to school, and has a whole new respect for basic safety rules.