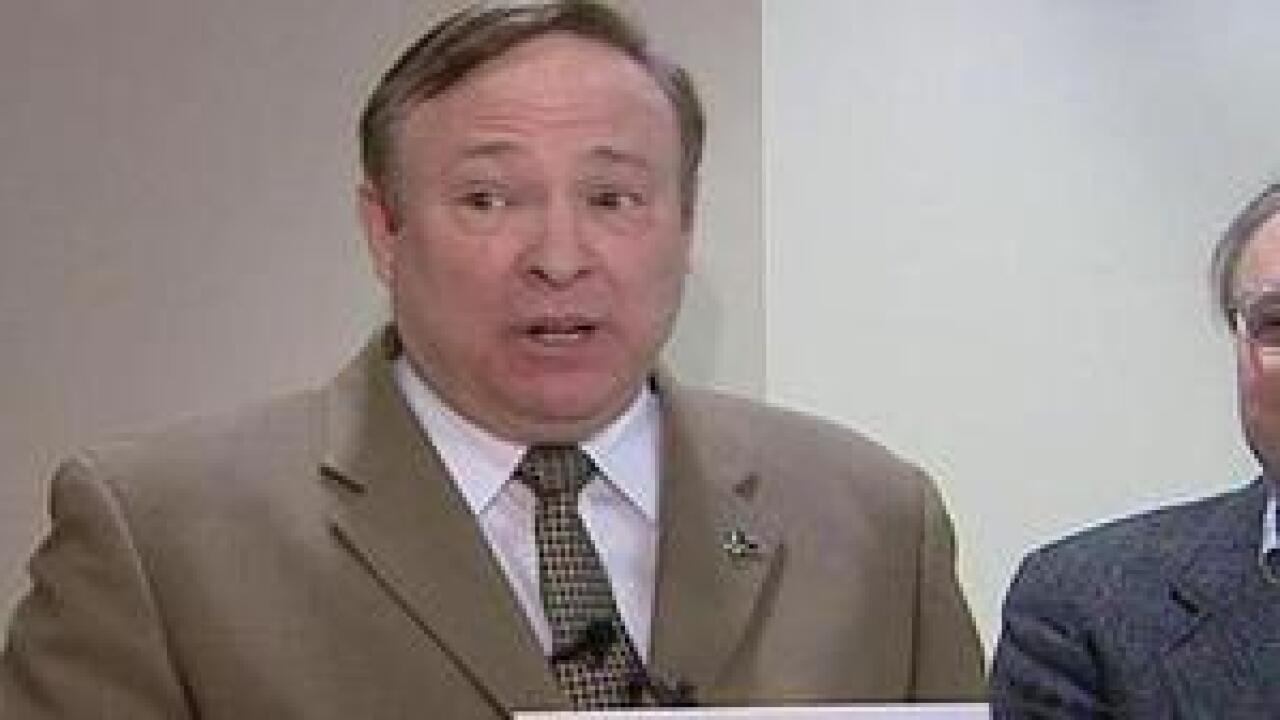 "This is what it costs to get free information from the Republicans in the Utah Legislature. This is free information, as long as you have a $5,000 dollar check -- this is extortion," Dabakis says.

Dabakis says the state Republicans in charge of drawing the new district map did so through secret caucus, without proper public input.

Records requests by the Democrats included emails and other conversations between Republican legislators in charge of drafting the map. Legislation says their request takes time and time is money.

"We have no lid to put on anything here. The process is wide open, they are welcome to those records," says Senate Majority Leader Scott Jenkins, R-West Weber County.

Jenkins says he wonders why it took the Democratic party so long to file the records request.

"Here we are on the first day of the session, everybody is swamped and running up to here to get their work done and all of a sudden this GRAMA request comes in the middle of it," says Jenkins.

The Democrats have threatened to sue, but wants records documentation first.

"I don't think he's (Dabakis) is going to find anything unusual.

Dabakis not only was his party not part the final drafting process, but the public was not either.

"We think it's a disgrace because the citizens have a right to know what's going on in the legislative process, particularly in redistricting as it was such a horrendous process," Dabakis said.

Jenkins tells FOX 13 they did everything by the book.

"So let them sue. If they want to waste money, and go after it, go ahead," said Jenkins. "If we did something wrong, i'm sure they'll find it and point it out to us ... We don't believe we did. We followed to the law to the letter, to the best of our ability, so we think we're right on here."