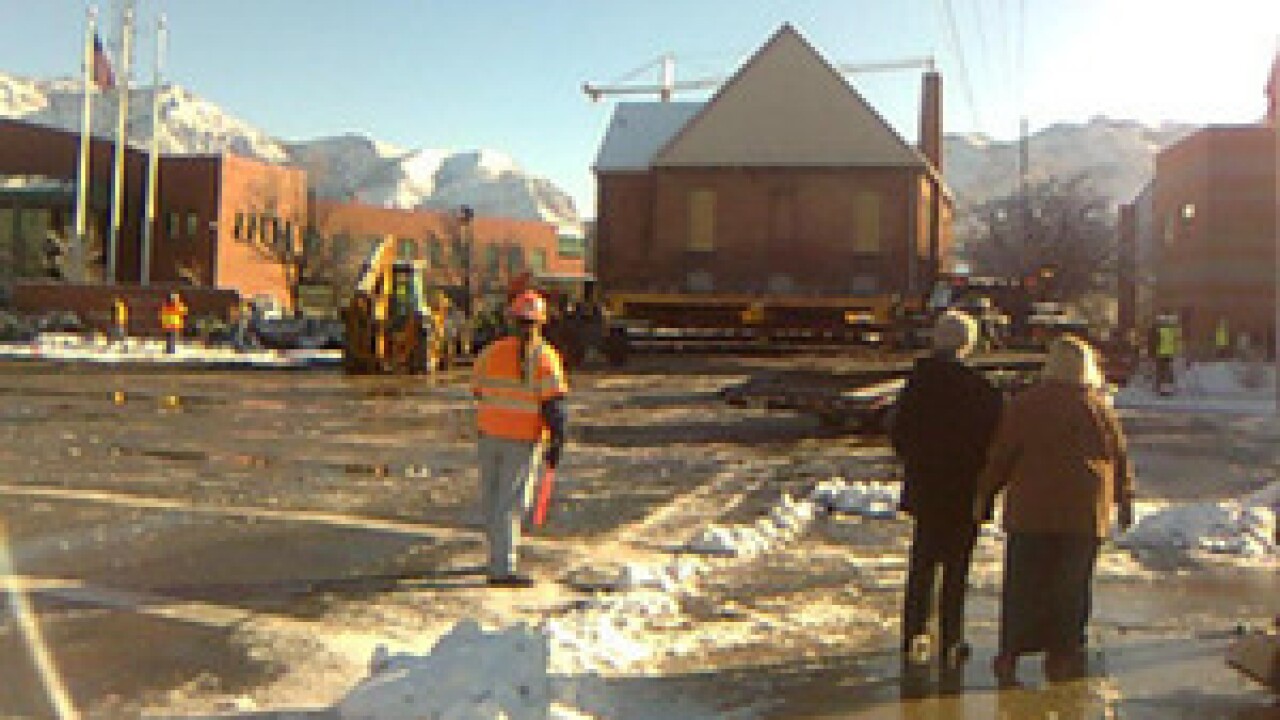 Bystanders watched in awe as more than 100 years of history was loaded up and hauled around the block.

The Ogden Pioneer Museum, one of Utah's oldest museums, was loaded onto trailer and transported to the opposite side of the block from where it originally stood.

The museum has been preserved to maintain its collection and historical display of the portraits, artifacts, and different items used by Weber County people of years past.

"It's a corner location, so it will give us great visibility and access to school buses for kids who come on field trips," says Clayson.

The museum was originally built through the effort put forth by the LDS women's relief society and the money they raised in the 1870s. They wanted to have a building of their own.

"By selling eggs that they collected, they went through fields, and collected grain, and charged each lady 5 cents a year," Clayson says.

Finished in 1902, the relief society turned over the building to the Weber County Daughters of Utah Pioneers about 20 years later.

"There are pluses and minuses when living with history. When you go to install your computer in your building that has wiring from 1902, that is a challenge," Clayson said.

Weber County’s Daughters of Utah Pioneers say Ogden City and the Church of Latter-day Saints helped with the project.

The museum probably will not be open for another year while they get new exhibits ready.