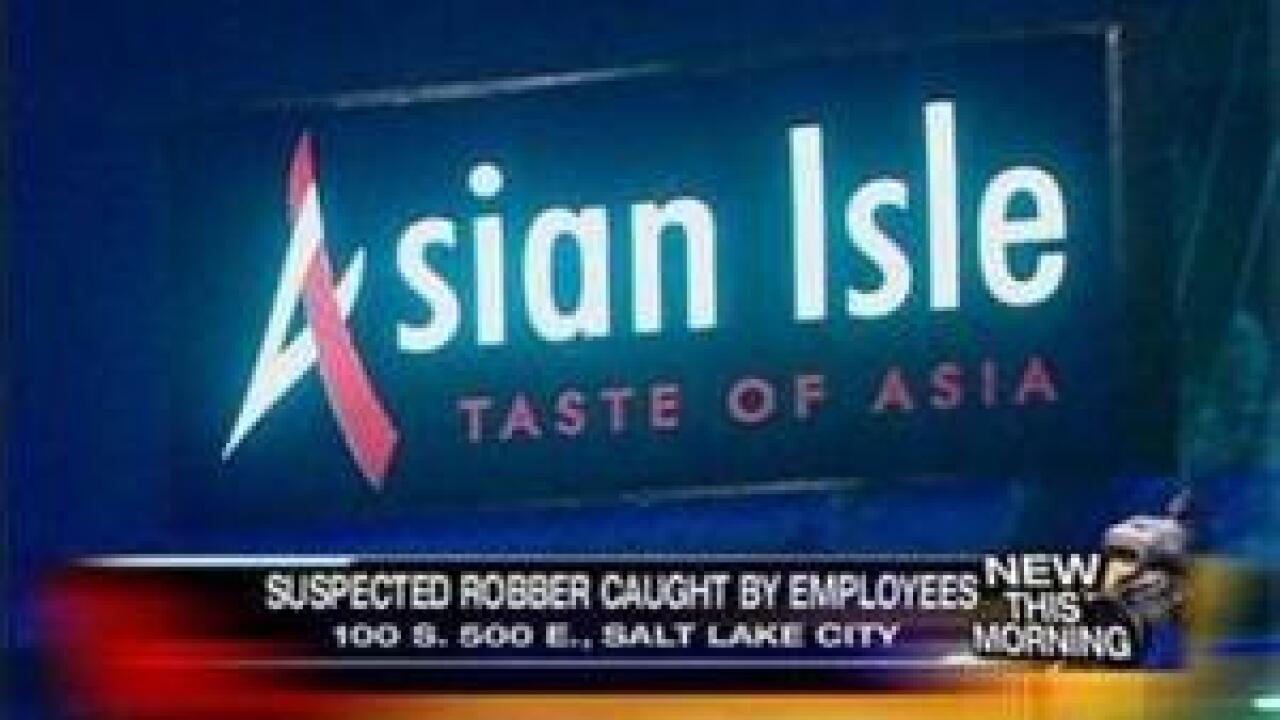 Employees of a local restaurant captured a suspected robber even after he told them he had a gun, said police.

Police say a 33-year-old man walked into the Asian Isle Restaurant on 100 South 500 East in Salt Lake City about 9 p.m. Monday.  It's not clear what happened next but some of the employees grabbed the suspect and held the man until police arrived.

"The male entered, demanded money, intimated that he had a weapon and that if they did not comply with turning over the money, that he was going to start opening fire," said Lt. Josh Scharman, of the Salt Lake City Police.

The suspect was taken into custody and police said they do not think he acutally had a gun as he told employees.

Police are investigating if there is a connection to the recent string of other fast food robberies.