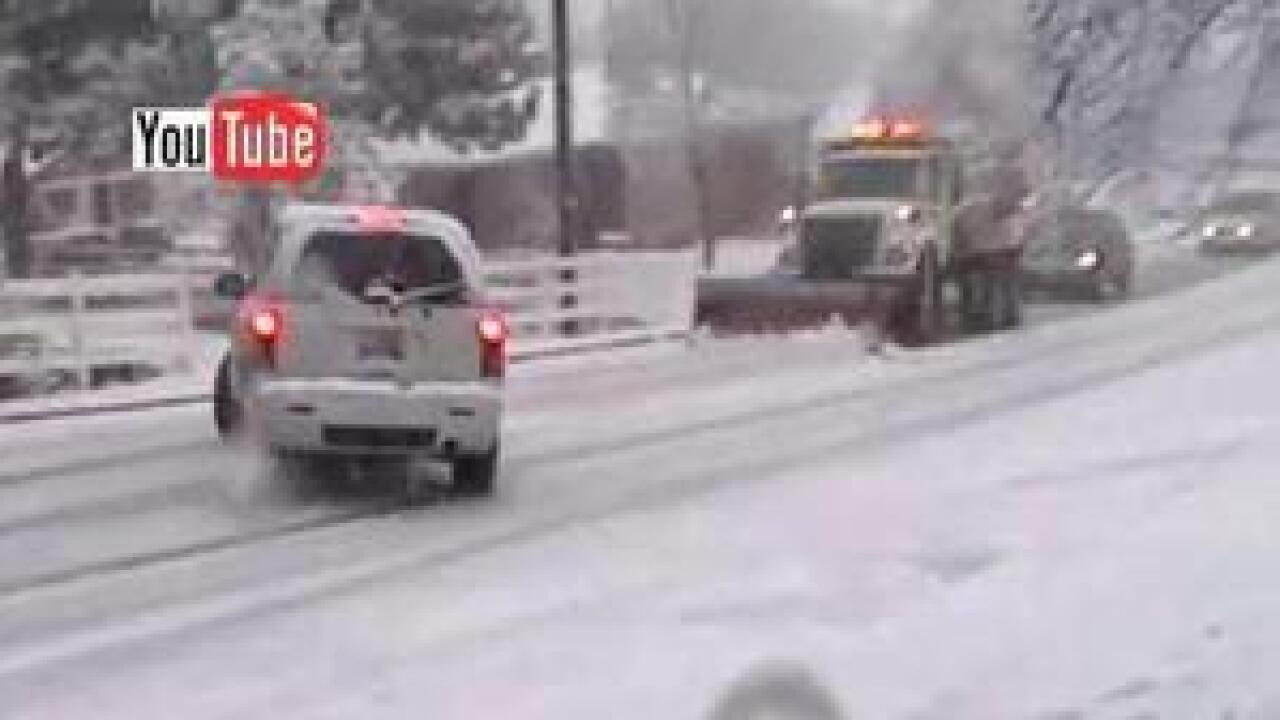 The YouTube video already has nearly a half-million views of cars and trucks seen barreling down a snowy Bountiful road Satuday, sliding and crashing one after another.

The 400 North street near the LDS temple was one big accident scene that persisted for nearly a half hour (story here). Utah Safety Councilman Bob Palenti talked to FOX 13 and answered questions concerning how drivers reacted to the road condition and whether their actions were correct. Also, how well did police and public works respond?

"Everything that could go wrong probably went wrong," Palenti says.

Defensive driving expert Bob Palenti says some drivers made it out fine because they were going less than 20 mph.

Palenti says many drivers made mistakes by getting out of their cars while other vehicles were coming at them. Also, they were driving too fast.

"The rules are, that when you're driving in inclement weather, snowy weather, that you're very, very careful in applying the brakes, you apply them gently, very, very softly and that you try to steer in the direction that you're skidding until you regain control," said Palenti.

Palent refers to a SUV seen sliding sideways slamming into the blade of a snowplow.

Palenti says, although the driver should have turned their wheels into the skid to help straighten out the vehicle, the conditions and the level of incline, sometimes "there's not much you can do."

Palenti thinks drivers should have taken a different route. Bountiful Police disagree. They say neighboring streets were just as steep.

Police say they eventually closed 400 North, but it is unclear when and for how long. They say the crashes all took place in a 10 to 15 minute window. They say if drivers find themselves in this situation again, pull over and wait for plows to come through.

Bountiful public works director Paul Rowland says the plow seen in the video is actually waiting for traffic to get out of the way. Rowland says there is another one behind it that cannot be seen. He thinks if vehicles would have pulled over and not gone down the road, plows could have cleared a path, while laying down something for traction to possibly prevent the mess.