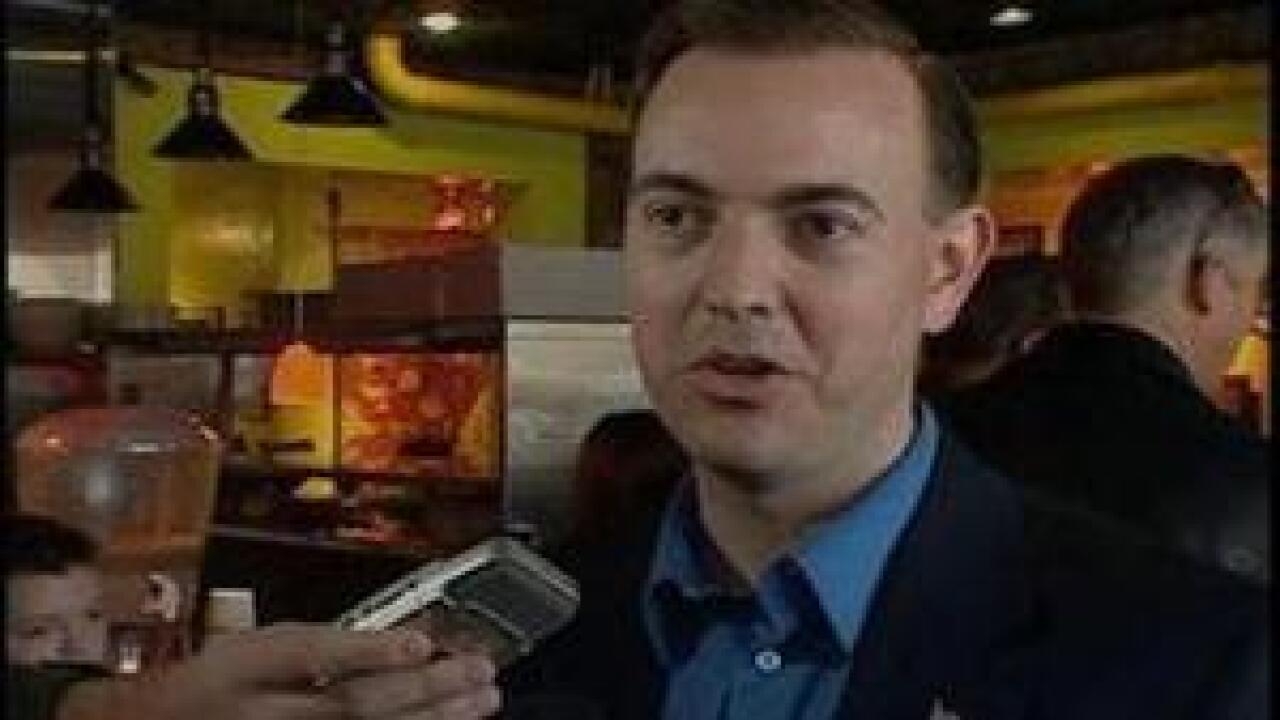 "Thank you all for still believing," he told the crowd, who loudly cheered in response.

Winder spoke about his goals of economic development and more localized government, pushing more of the unincorporated areas to form their own cities. In addition to his election campaign, he appears to be launching a reinvention campaign.

"When you see the ups and downs in this crazy political world, sometimes people may doubt if you have a future or not," he told reporters. "The people in this room still believe in me."

Winder has had a rough few months since he confessed to writing news stories about West Valley City and other pet projects for the Deseret News and other publications under the fake name "Richard Burwash." Winder claimed he did it because West Valley City was not getting enough positive press. He apologized and was criticized by the city council and others.

Asked if "Richard Burwash" will become a campaign issue, Winder said he expected it.

"It'll likely creep up from time to time, but we talked a lot about it last year and I'm looking at the future of Salt Lake County," he said. "I won't say what my opponents will or won't do, but I'm sure some will bring it up."

Winder's opponents said that while they expected it would come up with voters and convention delegates, none said they planned to bring it up.

"I think it is something that voters are going to be concerned about," said Rep. Ben McAdams, D-Salt Lake City, and a candidate.

Sen. Ross Romero, D-Salt Lake City, who is also running for mayor, said he respected Winder and his fate was up to the voter.

"I think that some will see some of the history that Mike brings to the race as a challenge," he said. "But that's for them to determine."

The Salt Lake County Mayor's race has become a crowded field. With Winter entering the race, there are six declared candidates: four Republicans and two Democrats.

Gary Ott, the Salt Lake County Recorder who is a GOP candidate, said he was more concerned about the budget than Winder.

"Quite frankly, I don't think he should be in the race," Ott said. "If I was in that place, I would be laying low."

Richard Snelgrove, a Salt Lake County Council member who is also a GOP candidate, also planned to not bring it up on the campaign trail -- but said GOP delegates were already well aware of it.

Another GOP candidate, Mark Crockett, said: "I look forward to talking about the issues."

Winder believed voters would be forgiving and focus on his policy platform.

"Some say it's pretty refreshing that when a guy makes a mistake, he's willing to stop the mistake, confess to it and come out openly," he told FOX 13. "That's what I've done. I wouldn't have done it again. I deal with it and move forward."