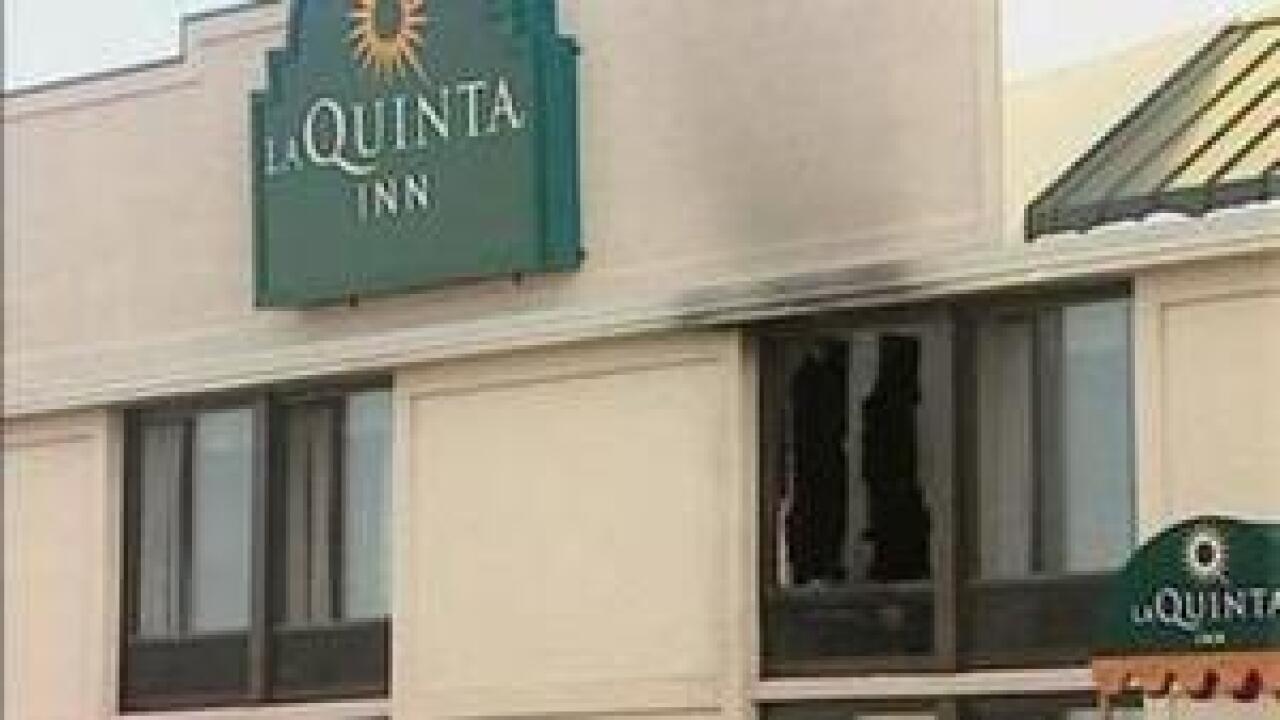 A fire broke out at a hotel in Provo Wednesday morning at about 6:30 a.m.

Crews have been able to put out the fire at the La Quinta Hotel at 1460 South University Ave and are now on the scene investigating. Officials say the hotel's fire doors helped prevent the fire from spreading.

Rescue workers say one women was rescued from the hotel after a hallway filled with smoke. She was treated for smoke inhalation, but is expected to be okay.

Fire officials say the fire started in a vacant room, but the cause is not known.