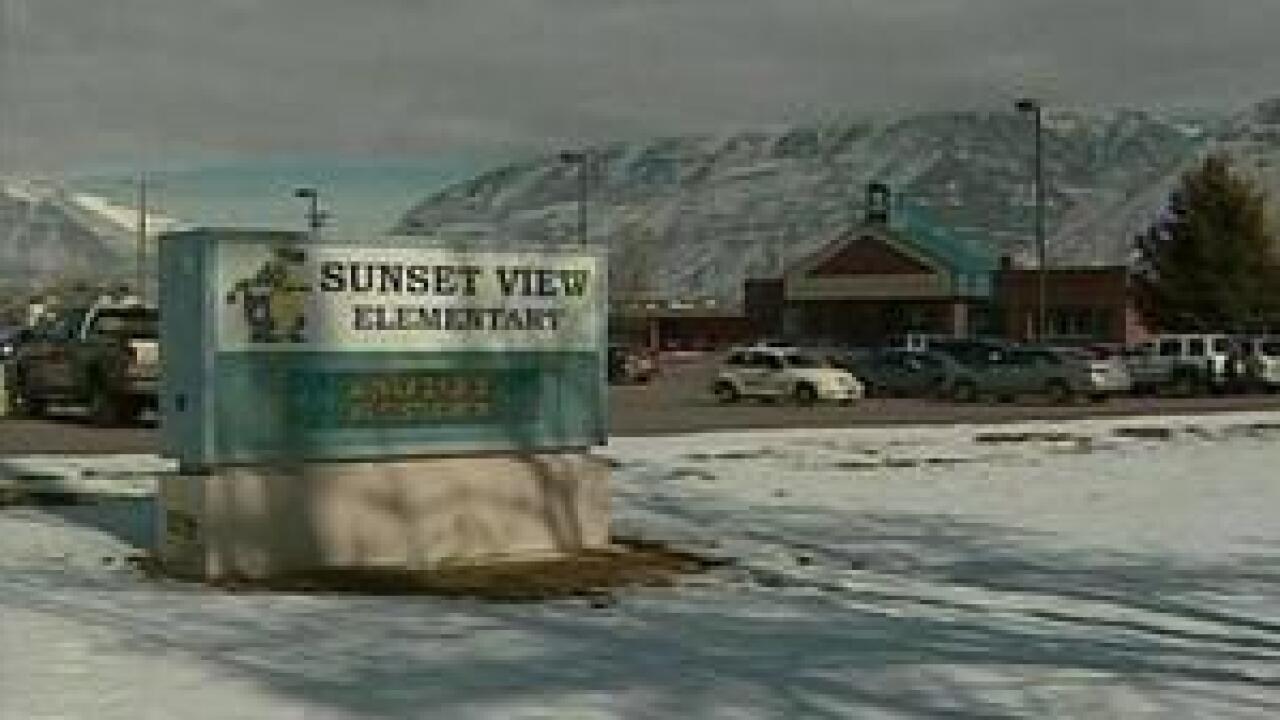 Sunset View Elementary School in Provo was put on lockdown Wednesday morning after two guns were found near the school's property.

An 8-year-old boy discovered a 9MM handgun near the crosswalk at 1100 West 600 South while he was walking to school at about 8 a.m. Provo police say the boy picked up the gun, placed it in his backpack and handed the gun to a crossing guard. A few minutes later, a parent found another gun near 1600 West 600 South on the crosswalk. Neither gun was loaded.

"(Associate Superintendent) Greg Hudnall immediately locked the school down until officers had the opportunity to conduct a property sweep of the school and grounds," said Sgt. Matt Siufanua, Provo Police Dept.

Police say the second incident was handled appropriately because the woman who found the gun called police to handle the weapon.

"The best thing you can do, because you don't know if the firearm has been involved in a crime or loaded, and could be possible evidence, is call police," said Sgt. Siufanua. "While the child's intentions were pure, the police prefer they be called to keep safe, and that's the message there. If children see weapons that are unsecured, they need to get an adult and that would've been better instead of walking all the way to the school after picking up the gun and putting it in his backpack like he did."

Wednesday afternoon, Provo police recieved a call from an individual that lost his two handguns.  According to Sgt. Siufanua, the individual was unloading his vehicle and placed the guns on top of his car. He drove away without taking them down and they fell off into the roadway.