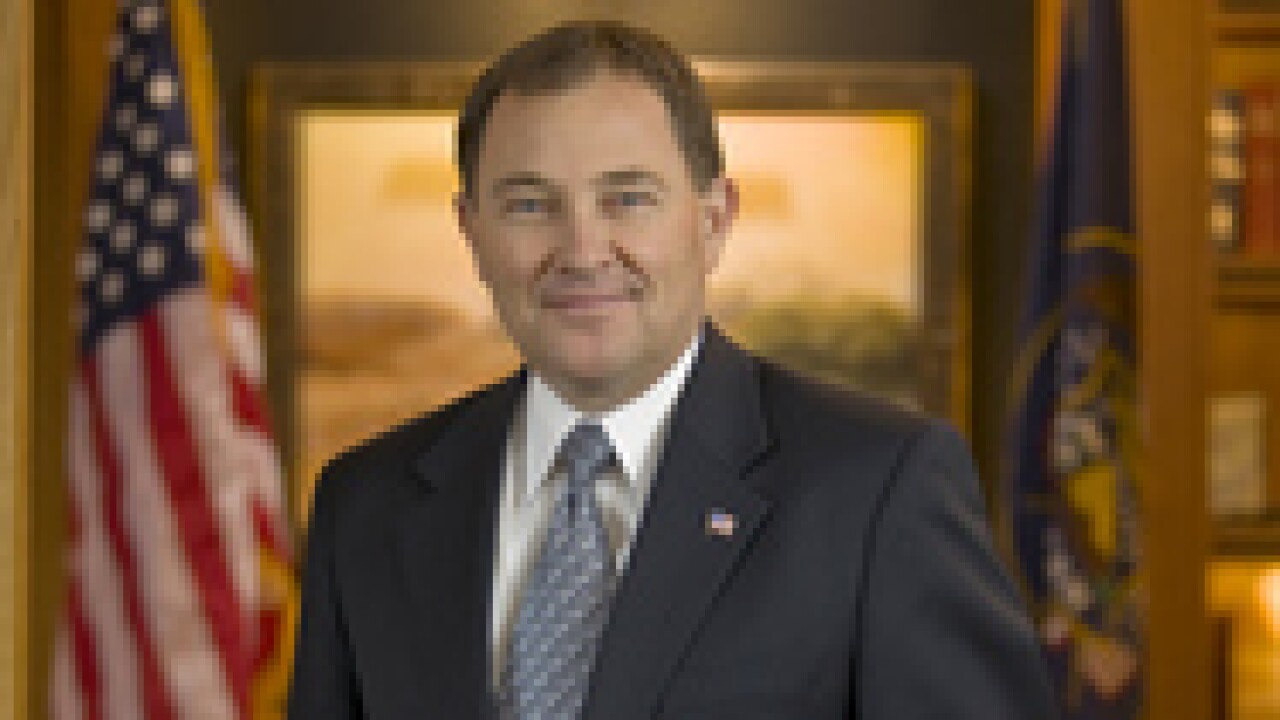 Governor Gary Herbert gave his 2012 State of the State Address on Wednesday evening, emphasizing Utah’s strength in business and unemployment, talking about the need for more funding for education and denouncing what Herbert calls overreaching federal influence.

Herbert began his address by honoring the six Utah members of the Armed Forces who died last year and Ogden Officer Jared Francom, who was killed in January while serving a search warrant and thanking their families for their loved ones’ service and sacrifice.

“As Governor of the great State of Utah, I am pleased to report that the state of our State is strong – and growing stronger.”

Herbert focused on Utah’s economic strengths, pointing out Forbes magazine’s declaration as Utah as the best state in the nation for business.

“My focus is on growing the economy because I know a strong economy fosters healthy communities and prosperous families,” Herbert said.

Utah’s unemployment rate has dropped from 7.5 to 6.0 percent and the state added 36,000 jobs to its economy in 2011. But there are still Utahns without jobs, Herbert said, and declared that he and the legislature will not rest until every Utahn who wants a job can find a job.

Herbert focused on jobs in the private sector, saying he hopes to create 100,000 private sector jobs in 1,000 days. He emphasized that government jobs are the only industry that is not growing.

“I emphasize private sector, because it is the private sector–not government–that creates wealth, creates jobs and creates opportunities for Utah’s citizens. Government must create an environment where free enterprise can succeed and then get out of the way,” Herbert said.

Herbert pledged no new taxes for Utahns and plans for the reduction of unemployment insurance tax rates.

Funding the growth and continued education is the state’s top legislative priority, Herbert said. His budget calls for $111 million in new money going towards public schools, including raises for Utah’s teachers. Herbert again emphasized the state’s plan to have 66 percent of Utah’s adults in possession of a degree or professional certification by 2010.

“Now, frankly, the vast majority of regulations causing the most harm to Utah business come fromWashington, D.C.– part of the regulatory colossus created by an overreaching, out-of-control, and out-of-touch federal government. I am firmly resolved to work with our Congressional delegation and my fellow Governors to tell the Washington bureaucrats to get out of the way of Utah’s economic recovery, and stop the senseless flow of onerous and misguided regulation from our nation’s capitol,” said Herbert. ” In Utah, we do not expect others to solve our problems. As a sovereign state, we not only have an obligation to find Utah solutions to Utah problems, we have a right to do so. We will not capitulate to a federal government that refuses to be constrained by its proper and Constitutionally-limited role.”

Herbert finished his address by promising to fight for the principles of fiscal prudence, limited government and individual liberty.

“The State of our State is strong. I am committed to making it stronger. I am honored to serve as your Governor,” said Herbert.