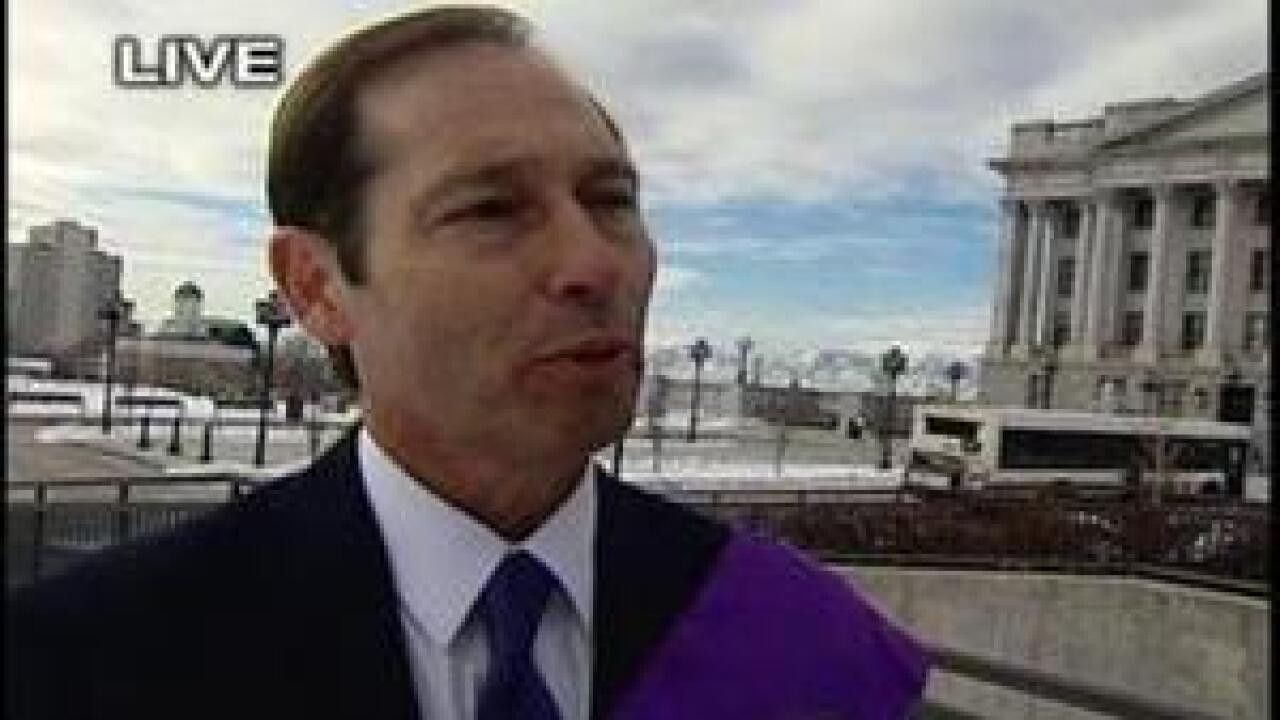 More than 100 people gathered in the Utah State Capitol Rotunda in support of a resolution designed to increase Alzheimer's disease care.

"Utah is projected to have the highest prevalence of Alzheimer's disease in its state among all 50 states," said Nick Zullo, program director of the Alzheimer's Association.

Advocates, family members and those impacted by Alzheimer's disease are seeking passage of an Alzheimer's State Plan Joint Resolution.  The plan is being presented Wednesday and throughout the session, according to Zullo.

"This resolution itself adopts or accepts the state plan work that has been developed over the last six months and puts it into effect so that we can make a difference in our state, " Zullo said.  He also said the plan would empower care givers supporting those with Alzheimer's disease, provide for a more competent work force, and advance research concerning the disease.

Compelling new research provides evidence for the potential of reducing one's risk for Alzheimer's disease by developing a statewide awareness campaign that could eventually reduce or delay Alzheimer's incidence and thus reduce health care costs, the Alzheimer's Association stated in a press release.