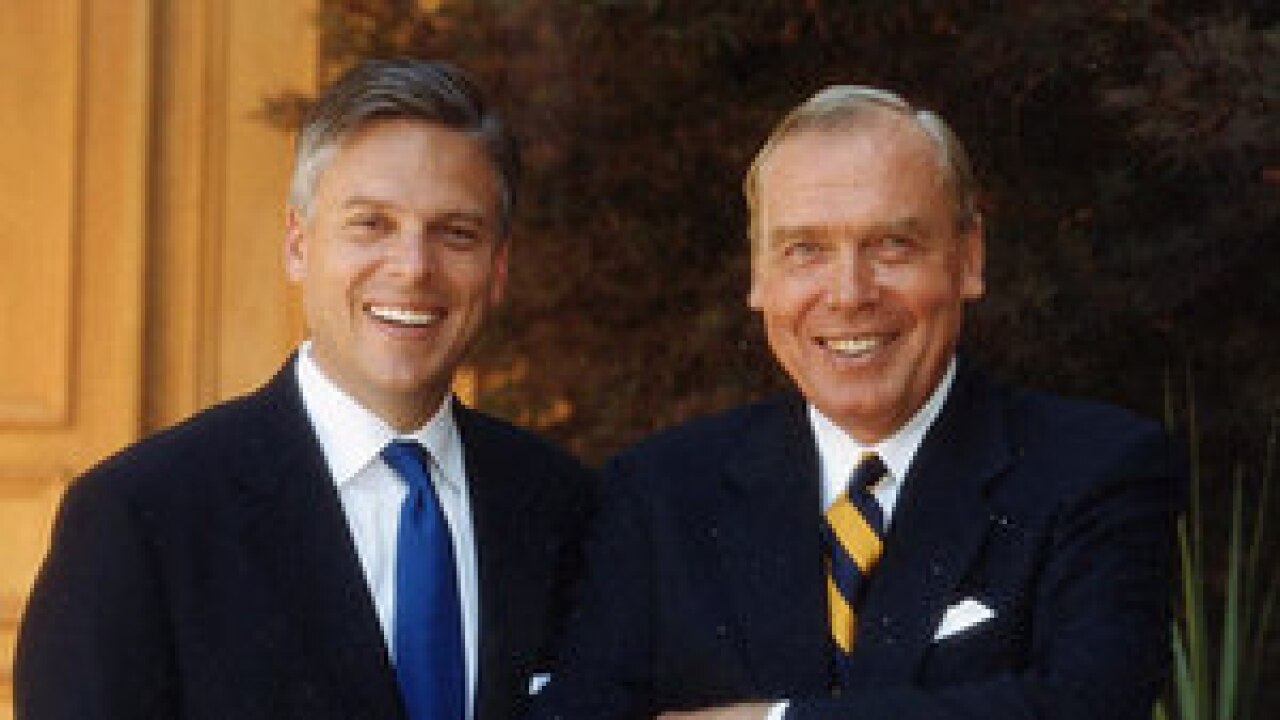 Former Governor of Utah, Jon Huntsman Jr. was named chairman of the Huntsman Cancer Foundation on Thursday.  He succeeds his father, Jon M. Huntsman Sr., who served in the position for 17 years.

"Most people don't realize that Jon Jr. actually helped establish the Foundation and served as its first president for six years," said David Huntsman, president of Huntsman Cancer Institute.  "We're thrilled and excited to have him step in and help raise our profile, to help raise the resources, to help raise the funding necessary on this fight against cancer."

Jon Huntsman Jr. ended his bid for president of the United States earlier this month.  Prior to his campaign, he was the U.S. Ambassador to China under President Obama's administration.

“Jon comes to the Foundation with a wealth of leadership experience,” Jon M. Huntsman Sr. said in a press release. “This appointment will significantly further the work of the Foundation. His unparalleled international reputation and experience will greatly enhance the life-saving work in which the Foundation is engaged.”

The Foundation is the fundraising arm of the Huntsman Cancer Institute.  The position is not full time, but is an on going committment to help raise funds for the Foundation.

The Huntsman Cancer Institute at the University of Utah was established in 1995.  In October 2011, the research hospital dedicated a $100-million expansion that doubled the space of the research hospital.  HCI serves the needs of cancer patients and their families with research, education, and treatment.