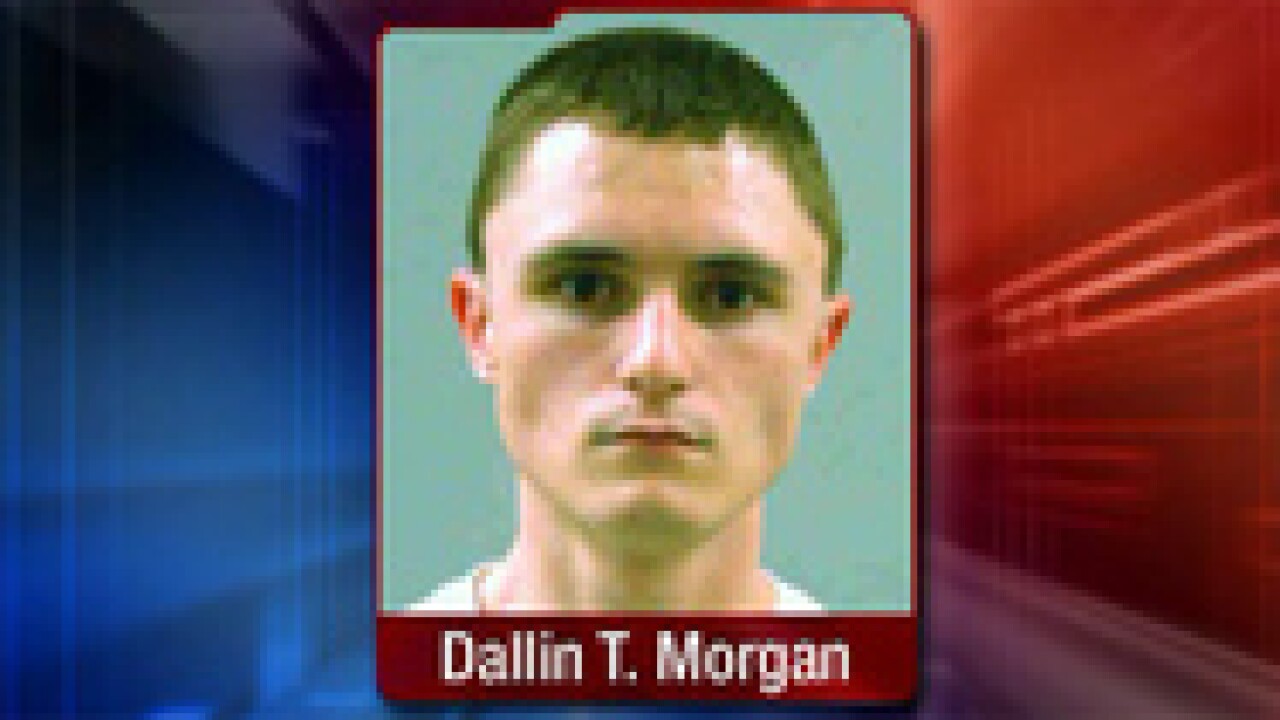 UPDATE: Dallin Todd Morgan posted bail on Friday and is no longer in custody, according to deputies at the Weber County Courthouse.  He is expected to be arraigned as early as Monday.

Two Roy High School students were arrested Wednesday after they allegedly conspired to set off a bomb at a school assembly.

The students allegedly considered stealing a plane from the nearby Ogden-Hinckley Airport to make their getaway to "a country that won't send (them) back to the US," according to a text message from the 16-year-old suspect. Detectives say the 16-year-old suspect reported to have spent hundreds of hours in an online flight simulator to prepare for the getaway.

"Everything would indicate that there was a lot of planning and preparation that had been going on for up to two to three months by these two individuals at Roy High School," said Roy Police Chief Greg Whinham. "We're very fortunate today that we were able to intercept some information prior to them being able to take any substantial steps toward harming any kids at Roy High."

School administrators uncovered the plan after school resource officers were alerted by a student who had received ominous-sounding text messages from the 16-year-old suspect.

"I've just been kinda planning my get back at the world thing and I figured if you had anyone you wanted revenge on, I could see if I had anything planned," the message read.

Further messages describe an intricate plan with "explosives, airport, airplane" to get "revenge on the world."

"Life....plus a huge ass backstory that makes me hate people," the messages said. "Another reason is that I just don't care. I'm pretty much a lying cheating, manipulator with everyone except seven people. Everyone else is just a piece."

Futher messages implicated Morgan, who admitted to being part of the plot, according to a police statement released Thursday.

The Weber County Bomb Disposal Unit and K9 units responded to the school, but no explosive materials were found.

Whinham said the investigation is expected to take several weeks. Police aren't sure what the students' motive may have been.

Four searches related to the alleged conspiracy were conducted and Roy High School is not at risk, Whinham said. Two vehicles and two homes were searched, but police did not disclose the nature of the items found. Classes at Roy High School are still in session.

Roy Police Chief Greg Winham describes the two suspects as mainstream, functioning students. He says the 16-year-old interviewed him a few months ago for a journalism class he was taking.

The student told investigators that he was offended by comparisons to the Columbine shooters because those killers had only completed one percent of their plan and he would be far more successful with his plans because he was more intelligent than the two Columbine killers.

Whinham said Morgan was booked into the Weber County Jail on suspicion of conspiracy to commit an offense of mass destruction. Roy police will present information from their investigation to the Weber County Attorney to determine whether or not additional charges will be filed.