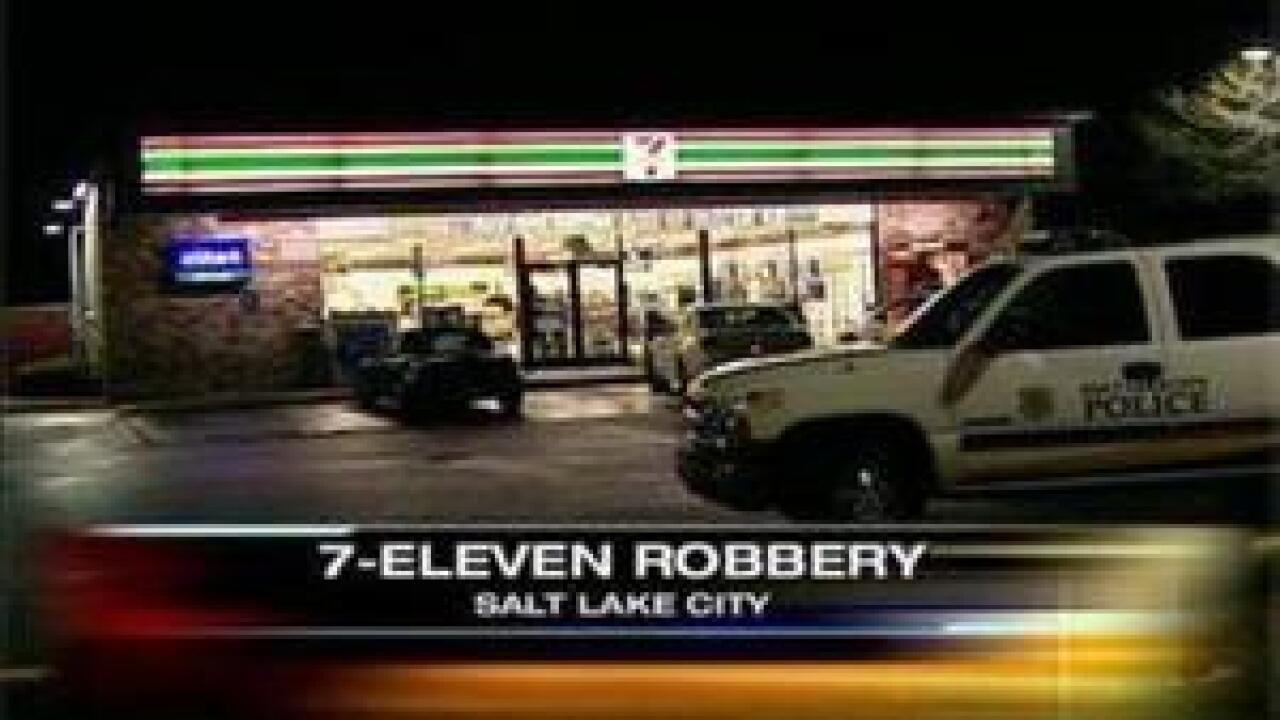 A 7-Eleven store was robbed by a man with a toy gun on Thursday at about 11 p.m.

Police say a man walked into the store at 1350 Indiana Ave and pointed a gun at the clerk while stealing beer.

The suspect then placed the gun in the counter and said to the clerk, “there you go,” according to the Salt Lake City Police Department.  The suspect exited the store, taking a case of beer and took off on his bike.

The clerk was not injured and there was no damage to the store.

The suspect is described as a Hispanic man with very short hair and a tattoo on his head.