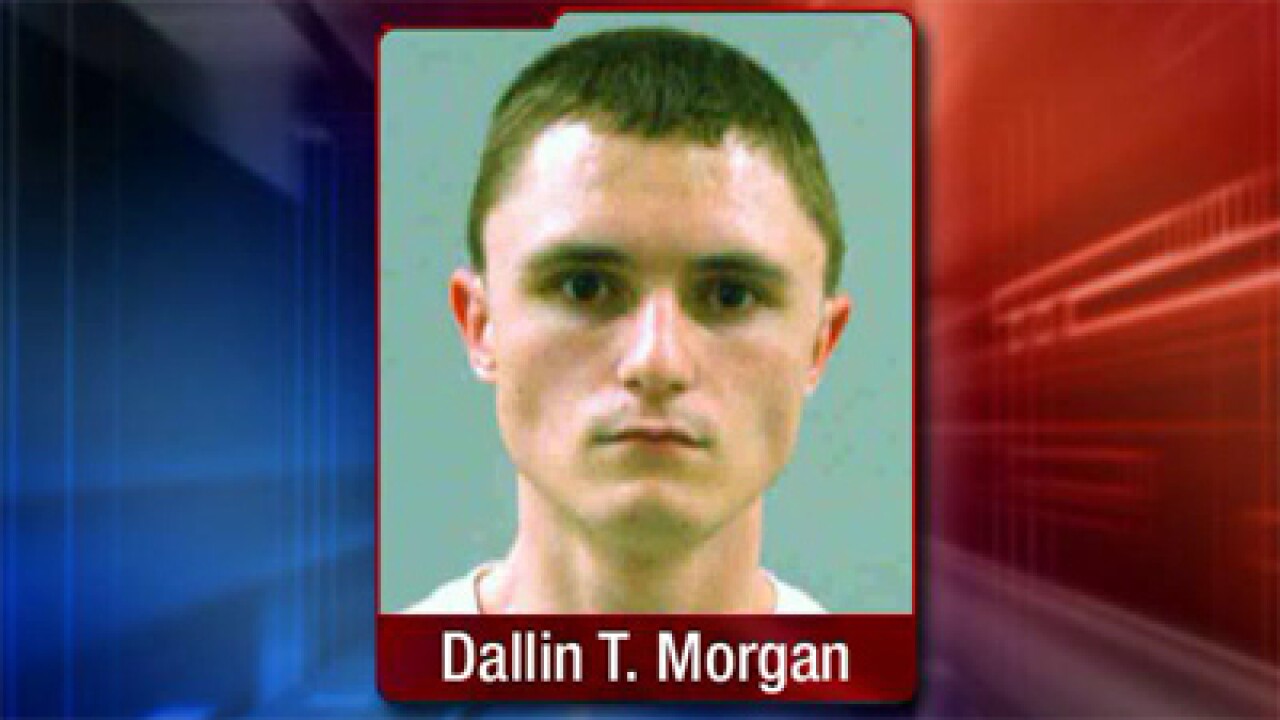 Charges have been filed against one of the two suspects accused in an alleged plot to detonate a bomb at Roy High School.

18-year-old Dallin Todd Morgan was charged with possession, use of a weapon of mass destruction, a first-degree felony.

Morgan is one of two suspects accused in an alleged plot to detonate a bomb during an assembly at Roy High School then escaping using a plane stolen from the Ogden-Hinckley Airport.

“I’ve just been kinda planning my get back at the world thing and I figured if you had anyone you wanted revenge on, I could see if I have anything planned,” the text message read.

Further text messages from the 16-year-old suspect implicate Morgan as being part of the alleged plot.

“We both want to, and we have a plan to get away with it too,” the 16-year-old wrote to another student in text messages. “Explosives, airport, airplane…We ain’t gonna crash it, we’re just gonna kill and fly our way to a country that won’t send us back to the US.”

School officials notified Roy police on Wednesday and the two suspects were arrested later that night.

Morgan posted bail late Thursday night or early Friday morning and is back at home. His first court appearance is scheduled for Feb. 1.

Officials are in the process of the suspension and expulsion of the two suspects. They are also working on a restraining order that will require the two suspects to stay away from Roy High School and all other Weber School District schools and buildings.