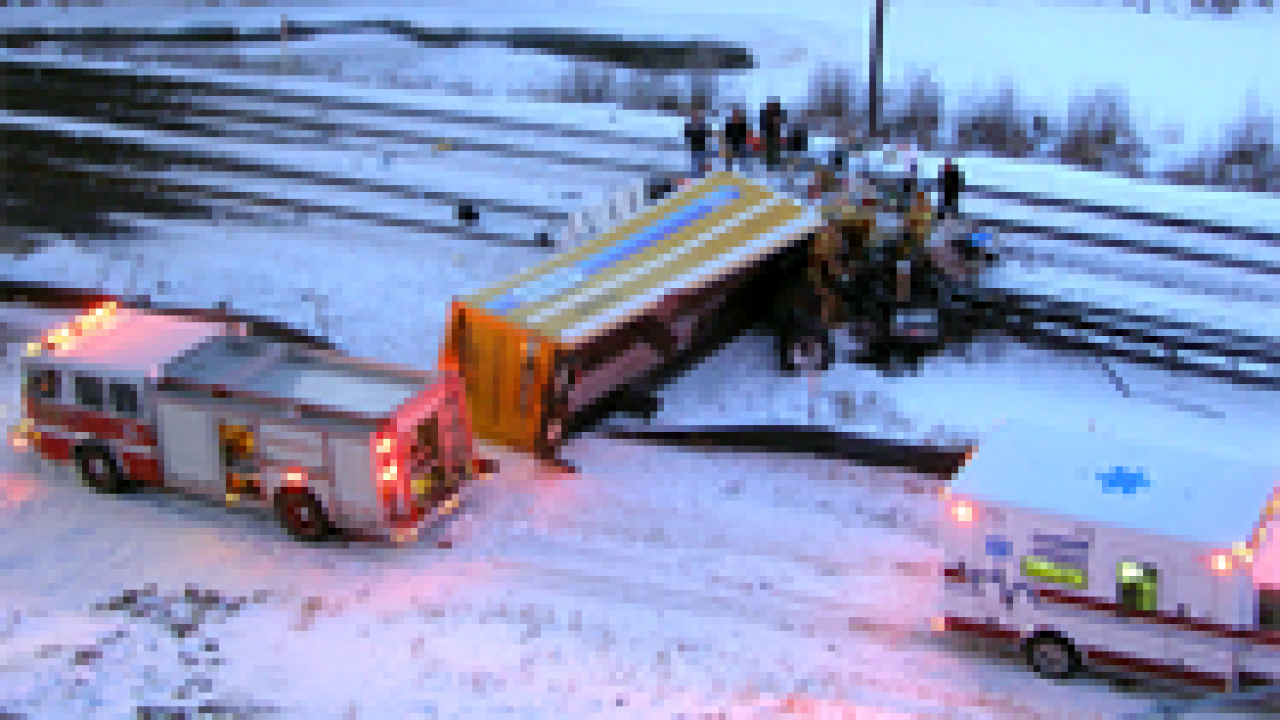 Utah Highway Patrol troopers say a man’s life was saved by a seat belt when he crashed his moving truck in Carbon County Saturday afternoon.

The man, 26-year-old Michael Porter, was driving on US 6 about 14 miles west of Helper in Carbon County at around 5 p.m. when the Penske moving truck he was driving crashed through a guardrail and down an embankment, going airborne before crashing into the railroad tracks about 100 feet below.

Porter was wearing a seatbelt at the time of crash. He was transported to University Hospital via medical helicopter with two broken legs and a broken collar bone.

UHP troopers were dispatched to clear the scene. One of the two tracks continued to receive train traffic, but the debris from the moving truck halted traffic on the second for about three hours. UHP says the truck was removed by about 8 p.m.