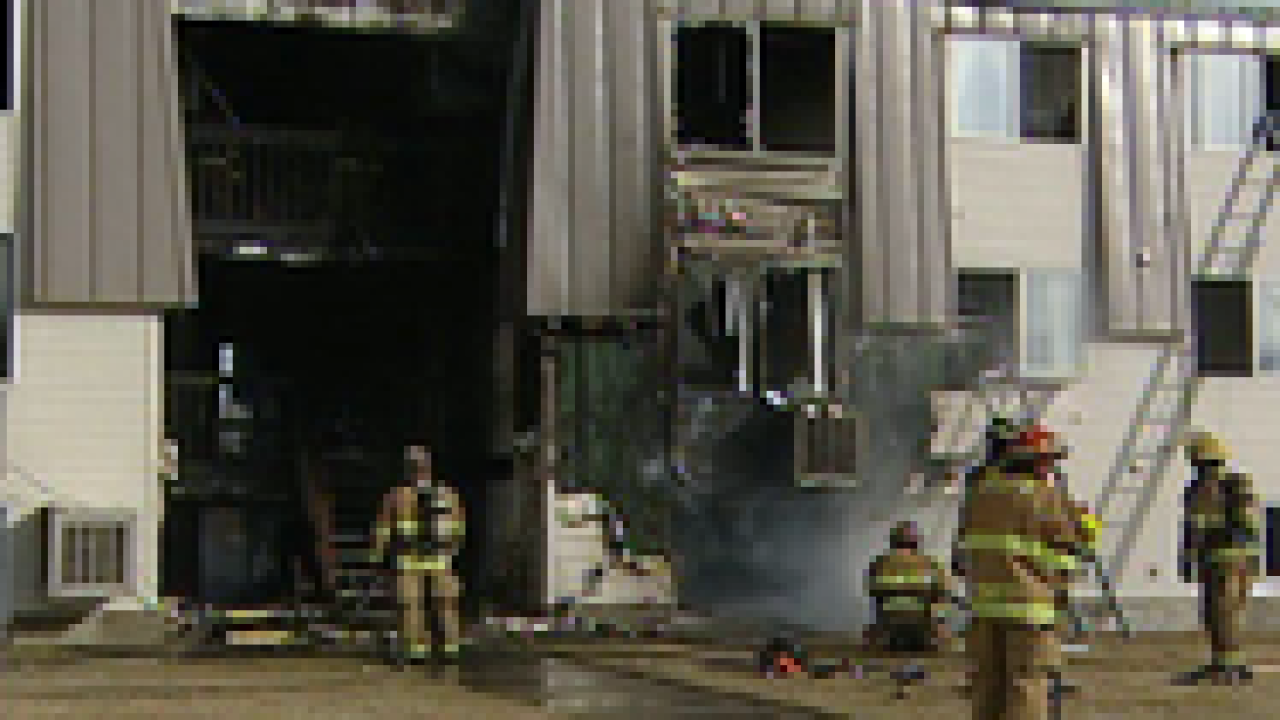 The two-alarm fire broke out at around 9:30 a.m. at the Brookwood Apartments, located at 3775 West Rockwood Way (3390 South) in West Valley City, and quickly spread from the basement units up through the complex.

"I smelt smoke. I felt the front door to see if it was hot. I opened it up and smoke was engulfed in the breeze way. I slammed the door and ran to the back, woke up my husband and got my kids out," said Angela Fresh, one of the tenants of the apartment.

Fresh's family was able to escape through a window, but three people in a third floor apartment were trapped inside. Firefighters say they heard a window break and calls for help. The only way down was by ladder.

"Fortunately they were all in good physical health. One lady she was pregnant, she was the first to come down and then two gentleman behind her," said Battallion Chief Bob Fitzergald, West Valley City Fire Dept.

A police officer and some neighbors helped pull Patrick Rhondes out of his basement apartment. He says he was too shook up at the time to express his thanks.

Everyone made it out with no serious injuries. Some residents had to be treated for smoke inhalation. Unfortuately, most don't have insurance and some have nowhere to go. But they say having everyone safe is the most important thing.

"Family is the most important, when it comes down to anything just get your family out," said Fresh.

Natalie Zimmerman, property manager, says the families that had been displaced have all been moved into vacant apartments in other parts of the complex.

The cause of the fire is still under investigation, but officials say it appears to be accidental.