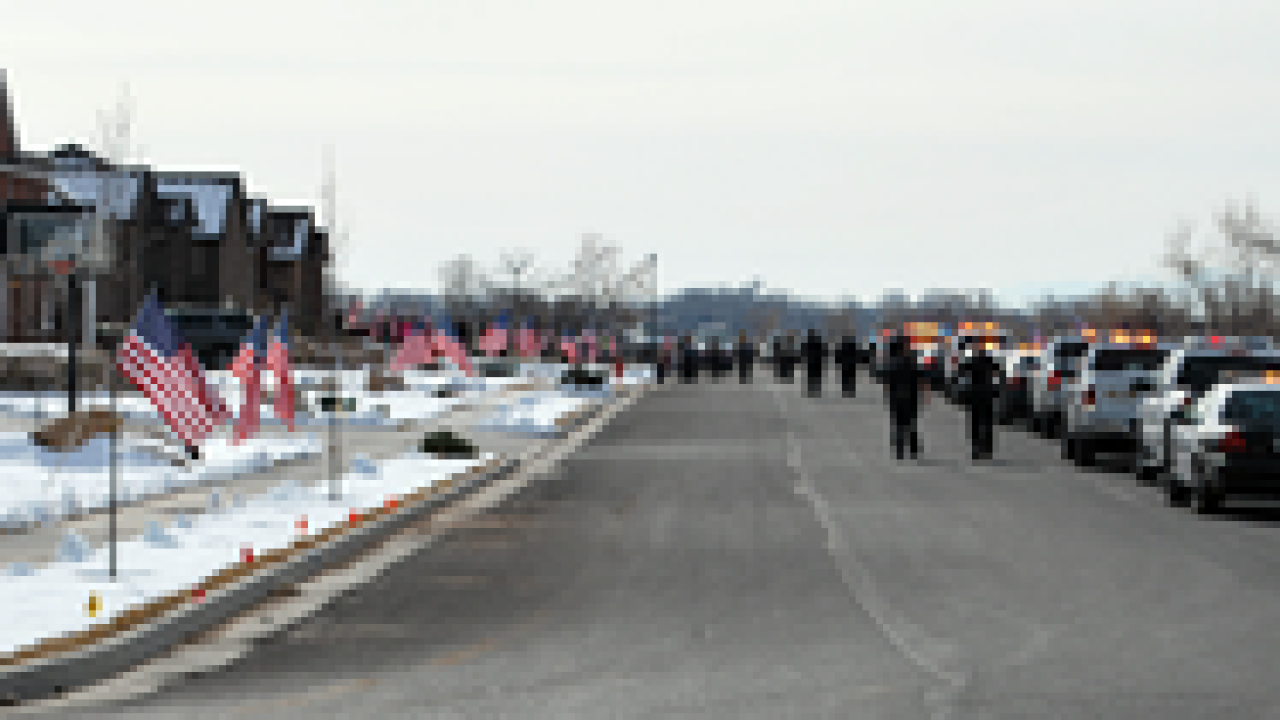 Officer Kasey Burrell, one of five officers injured in a fatal Ogden shootout, was released from the hospital on Saturday.

Burrell was among officers with the Weber-Morgan Strike Force serving a search warrant at the Ogden home of Matthew Stewart on the night of Jan. 4 when Stewart opened fire, fatally injuring Ogden Police Officer Jared Francom and injuring five other officers, before being apprehended by police.

Burrell is the last of the five officers to be released from the hospital. According to police reports, Burrell was shot at least twice by Stewart and hospitalized in critical condition.

Flags lined the street and officers from local police and fire agencies arrived to welcome Burrell home. The Burrell family issued a statement Saturday expressing gratitude for the support shown to their family.

“We appreciate the love and support shown to our family through this difficult time, please give us this time and honor our wishes for privacy,” the statement said.