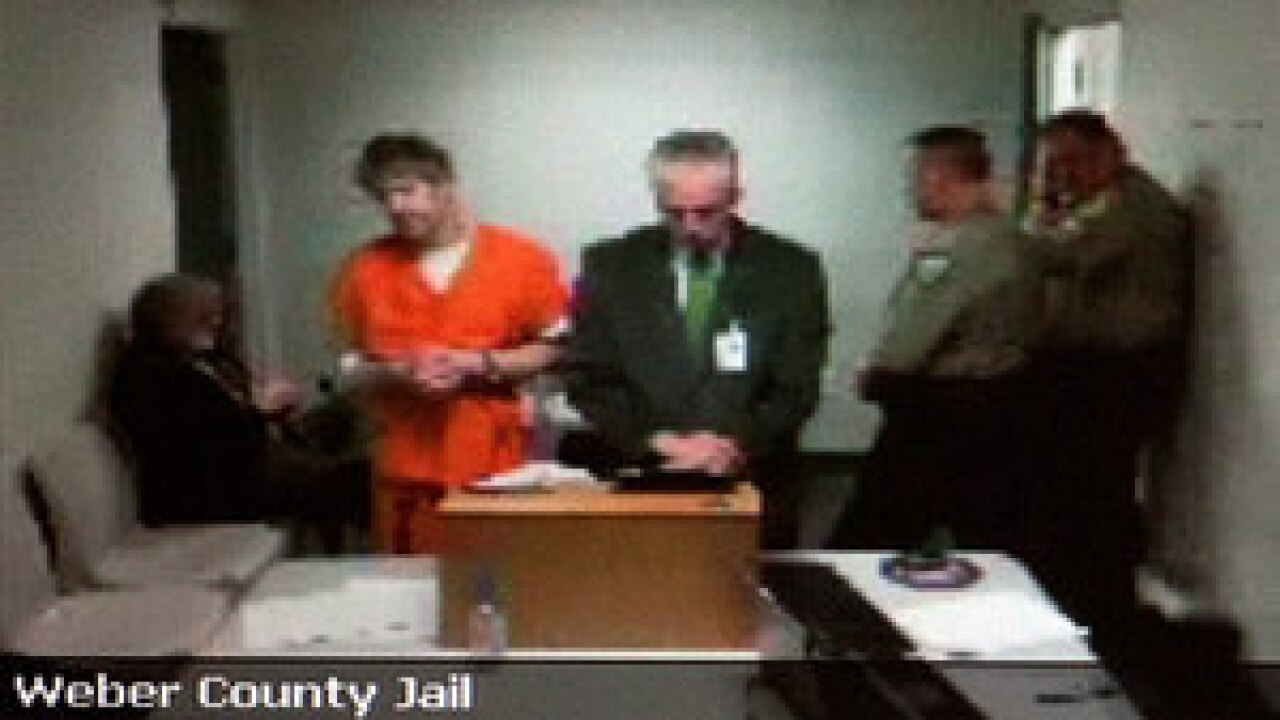 The man accused of killing a police officer and wounding five others made his first appearance in court here.

Matthew David Stewart, 37, appeared in Ogden’s 2nd District Court over a video hookup from the Weber County Jail. Dressed in an orange jail jumpsuit with his hands shackled at the waist, Stewart bobbed from side to side as a clerk read the charges against him.

Stewart is charged with aggravated murder, a capitol offense, accused of killing Weber-Morgan Narcotics Strike Force Agent Jared Francom. He is also charged with seven counts of attempted aggravated murder, a first-degree felony, in the Jan. 4 shootout. The drug task force agents were attempting to serve a drug-related search warrant when the shooting began. Stewart is also facing a drug manufacturing charge, a second-degree felony.

The case carries a potential death penalty sentence, if Stewart is convicted.

During the brief appearance, Stewart’s lawyer, Randy Richards, complained that Weber County prosecutors have not given the defense any of the evidence they plan to use against him. As the 20 minute hearing wrapped up, prosecutors said they were reluctant to hand over the evidence to Richards without being assured that he is counsel for Stewart. Recent filings have suggested that Stewart is financially unable to afford the resources that go with a potential death penalty case.

“I have entered my appearance and I am representing Mr. Stewart,” said Richards.

The judge decided that Richards was representing Stewart until further notice.

“My client has received significant injuries and needs special treatment,” Richards said, adding that Stewart has suffered from “digestive issues” since being shot.

Outside of the jail, Richards refused to elaborate to FOX 13.

Stewart is due back in court on Feb. 7.