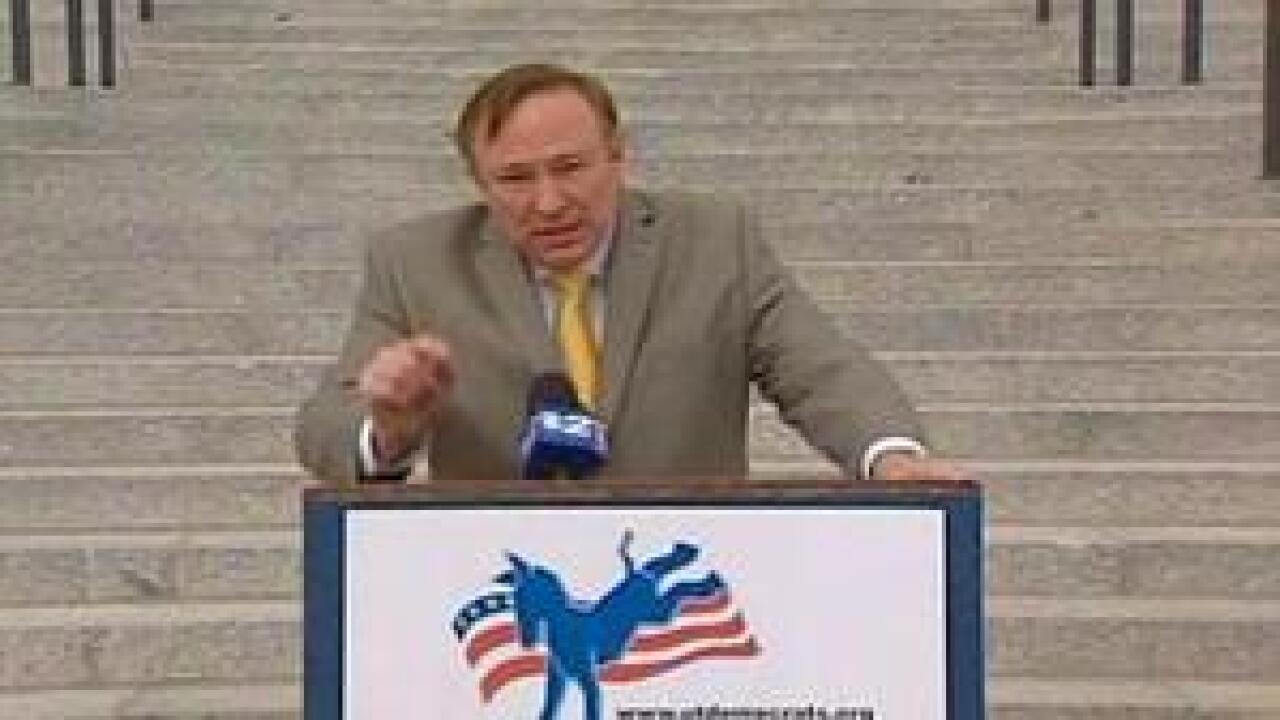 House Bill 226 was presented to legislature to as a joke in regards to the open records fight from last legislative session. It says that party caucuses could be closed to the public when those attending agreed it would be “preferable.” It was meant to be funny, but Dabakis says tax dollars were wasted in the time it came up to present the joke.

The bill’s sponsor, Kraig Powell, was not about to use the Democratic podium to make a speech. Reportedly Powell wants party meetings, called caucuses, open — something the Democrats want as well.

FOX 13 asked Dabakis, why go after Powell, when his sentiment is essentially the same?

“The message is right, but there’s no reason, really, to waste the taxpayer money with time and effort,” Dabakis said. “This is the same legislative analysts, the same groups, president Waddoups said there is no time to respond to the Democratic Party and the people of Utah’s GRAMA requests.”

Although the bill was not meant in seriousness, it is those who Powell disagrees with, his party leaders, who defend HB 226.

“sometimes that’s an effective way to make a point. You illustrate the absurd by being absurd,” said Republican House Speaker Rep. Rebecca Lockhart.