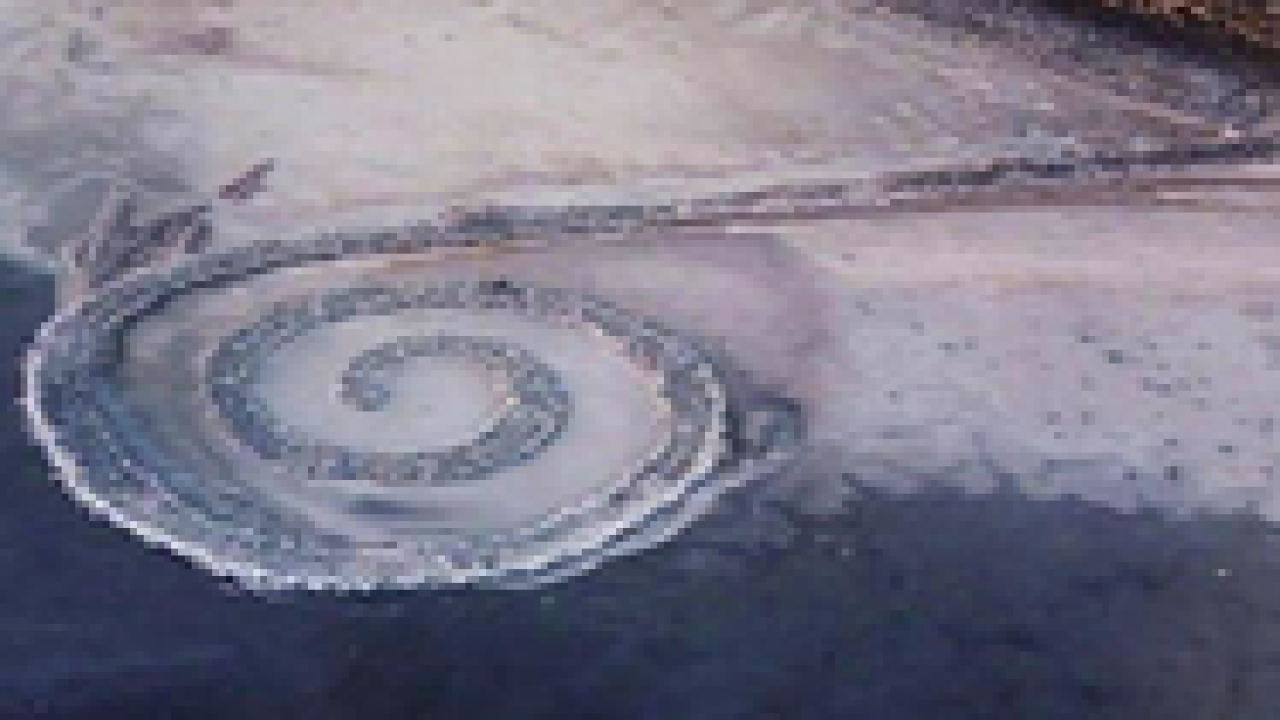 Two groups are collaborating to preserve an iconic piece of art that sits along the Great Salt Lake.

The Spiral Jetty, constructed in 1970 by American sculptor Robert Smithson, is a 1,500-foot-long counterclockwise spiral built of mud, salt crystals and basalt rocks that sits on the northeastern shore of the Great Salt Lake.

The ‘earthwork’ is one of the most well-known environmental sculptures in the world.

“It’s art that’s out in the environment, it’s art that’s left the museum,” said Dr. Bonnie Baxter with Westminster College. “Mentoring these very unusual and unconventional that were made in the 70s by artists that decided to defy the conventional notion by installing their work in the desert.”

The appearance of the sculpture depends on the water level; the Jetty was built during a drought so it often sits submerged underwater. But in 2003, the Jetty resurfaced, allowing spectators to get a glimpse of the unique artwork.

“So it’s been fun to watch the sculpture change over time as the water changes over time,” said Baxter. “People go there with curiosity and not knowing what to expect. Everyone I’ve ever talked to comes away with an amazing story and an amazing experience. This is an artwork that really impacts people in a big way.”

The Spiral Jetty was acquired by the New York-based Dia Art Foundation in 1999.

“Our role is to make sure that Smithson’s vision and the integrity of the sculpture is preserved and understood,” said Philippe Vergne, Director of the Dia Art Foundation.

The Dia Foundation just signed on for another ten years of mentoring. The foundation has partnered with Westminster College’s Great Salt Lake Institute, which serves as a local advocate for the sculpture.