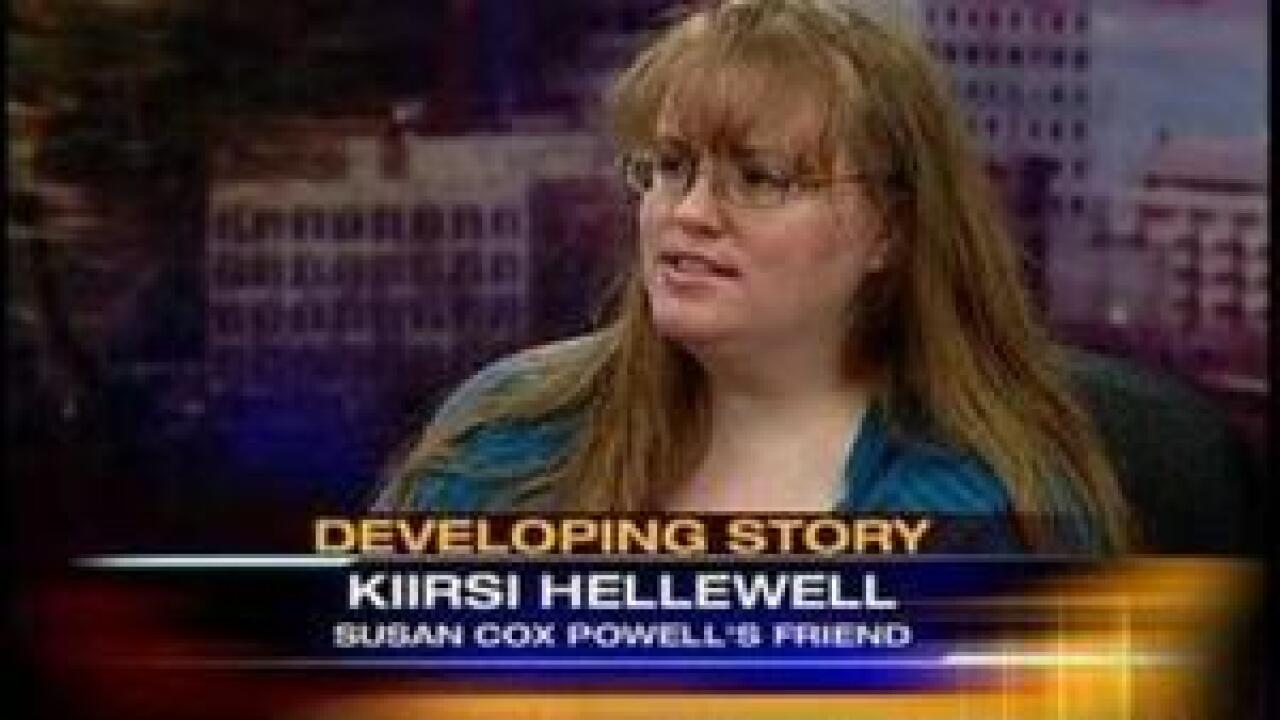 She shared her reaction to the news that Josh Powell had killed his two sons and himself in Washington State on Sunday.  Hellewell said she is experiencing feelings very similar to those she had when Susan was first reported missing in 2009.

“First I hoped that it was just a horrible rumor, because I was told by local reporters… I called Susan’s father right away,” said Hellewell.  She said she believes Powell “just wanted to do anything he could to get the control and the power back over those boys and to hurt people that love them as much as possible.”

Hellewell also spoke about how much she believes the police know from their investigation of Josh Powell as a person of interest in the disappearance of his wife, Susan Cox Powell.

“I think there is a whole lot that the police have not shared.  They have kept a lot quiet.  They have told us over and over again we wish we could tell you what we are doing, but we can’t for the sake of the investigation we have to be quiet for now,” said Hellewell.  “But they have told us When everything comes out people are going to be absolutely shocked.”

She also shared her thoughts on how police will continue with the investigation into Susan Cox Powell’s disappearance.  “I think it’s a lot harder with him gone, but I think the police chief said last night, he wasn’t cooperating anyway.  So they had to do their work without him.  So that hasn’t really changed.  But I fully believe that Josh’s father knows what happened and I think there may have been others involved who also know.”

“It just seems to me he has got to be involved,” Hellwell said about Powell’s father, Steve Powell.