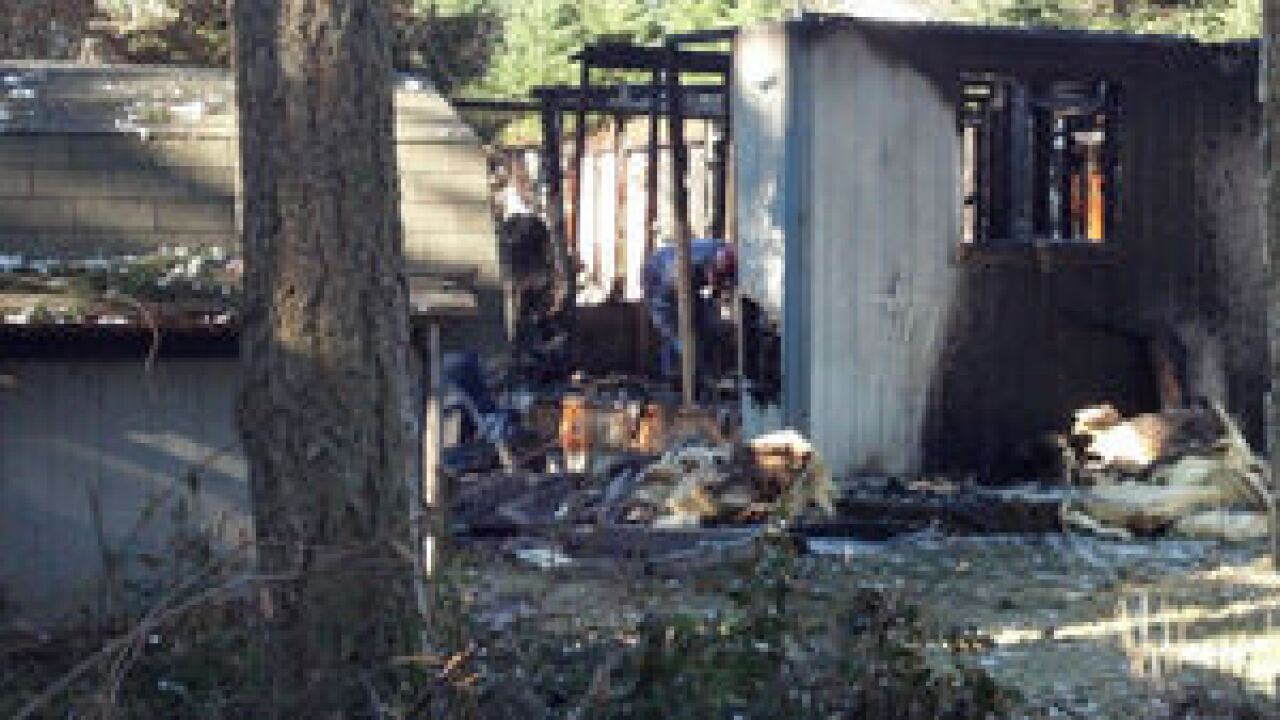 Troyer said one of the gas canisters was found with the bodies and the contents of another had been spread around the house.

“The point of origin of fire would be the entire house, because the fumes and the gas, but where it was actually lit off, we believe preliminarily, lit off right next to where all three of them were, one of the cans, intentionally,” said Troyer.

During the conference, Troyer also said several emails from Powell were sent out dealing with what to do with utilities and basic housekeeping, but no mention of Susan. Several emails indicated Josh planned the explosion and another saying he had donated all of his sons’ toys to Goodwill. In one email Josh Powell said, “I’m sorry, I can’t live without my boys.”

Troyer says the emails were sent to “various people” and will have more details as to who they were addressed to at a later time.

Troyer said no gunshots were fired and no weapon was found at the scene. He says autopsies are being performed and will have results late Monday afternoon.

“We don’t know if he was planning this since Wednesday … or if this was a backup plan he always had in mind,” said Troyer.

Josh’s father, Steven Powell is refusing interview requests and his lawyer is informing media not to ask.

Josh Powell and his two sons, 7-year-old Charlie and 5-year-old Braden, were killed in the planned, intentional explosion Sunday afternoon at the Graham home of Steven Powell, according to Pierce County Sheriffs.

They say a case worker had just dropped off Powell’s sons at the home for a supervised visit at around 12:45 p.m. Pacific time.

As the children got close to the door, Powell somehow got them inside but prevented the case worker from getting in as well, according to Pierce County law enforcement.

The case worker reported smelling something similar to gas and a short time later, the house exploded. [CLICK for backstory].