Held hostage at home, woman describes reaching out for help through Facebook 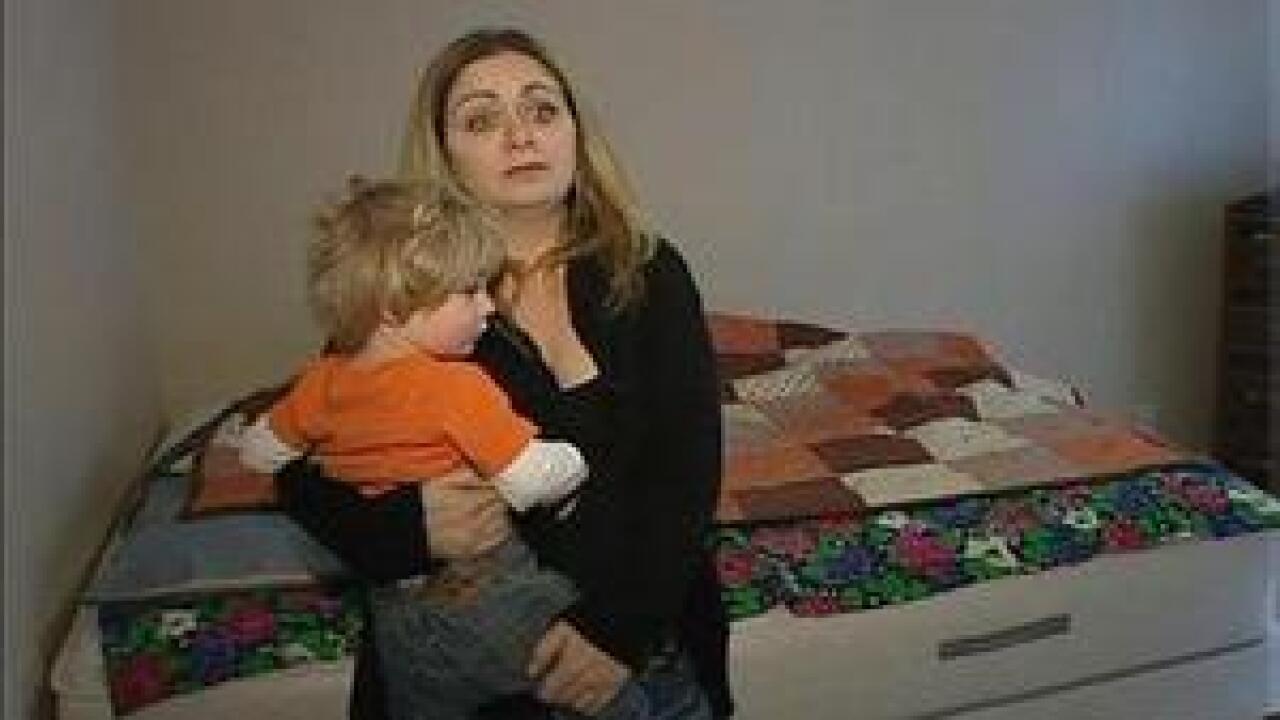 A Sandy woman says she was held hostage in her home and was physically and sexually abused four days straight by her boyfriend.

Terri Judd says her boyfriend, Troy Critchfield, trapped her at home with her child and disabled 24-year-old son. She says some of the time she was allowed to hold her toddler-aged son, while her other son, a 24-year-old injured Iraq war veteran and an invalid, was trapped downstairs.

“I used to be in such a depression that I just didn’t have any fight left in me,” said Judd. “But I knew I had two kids in that house and I had to get them out of there.”

Judd says she watched Critchfield become increasingly violent as he drank alcohol and did drugs. But for a brief moment on Christmas Eve, Judd says he left her alone, giving her enough time to hide in her bedroom closet and access the internet to log into her Facebook account.

“I snuck in here with the computer and hid in the closet and posted on Facebook,” Judd said.

The message was brief: “Hello, is anyone out there? I am having a serious problem and me and Karson will be dead by morning.”

Within seconds Judd received dozens of responses from online friends. They all collaborated to help Judd out and with one of Judd’s friends having received her address earlier by requesting to send a Christmas card, they had the needed information and police were at the home within the hour.

“Troy looked at me and said ‘how did you get a hold of them, did you call them?'” says Judd. “And I just shook my head no.”

Judd explains that the female officer at her door walked into the entrance and could see that Judd was traumatized, bruised and bleeding.

With Critchfield next to Judd, police had to be careful handling a volatile situation. And with some quick action by officers Critchfield was tackled and held down while Judd, with her young child, got out of the house.

After dealing with the traumatic ordeal, Judd says she never wants to feel helpless at the mercy of her abuser in her home again.

As a way of taking the power back from her abuser, Judd started taking self-defense classes in case she is ever in that position again.

Nic Lindsey, with the Tactical Advantage Group out of Ogden, saw Judd’s story on the news and decided to help her.

“If you see someone that’s been in that type of situation, that’s been abused for so long and you look at it and say ‘hey, I wish I could have made a difference before that happened,'” said Lindsey.

Judd says she is still suffering from post-stress and is still “jumpy” and cannot sleep well. She feels with each self-defense move she learns, it is one step closer for her recovery.

“I feel stronger every day, yeah. I’m getting the power back,” said Judd.