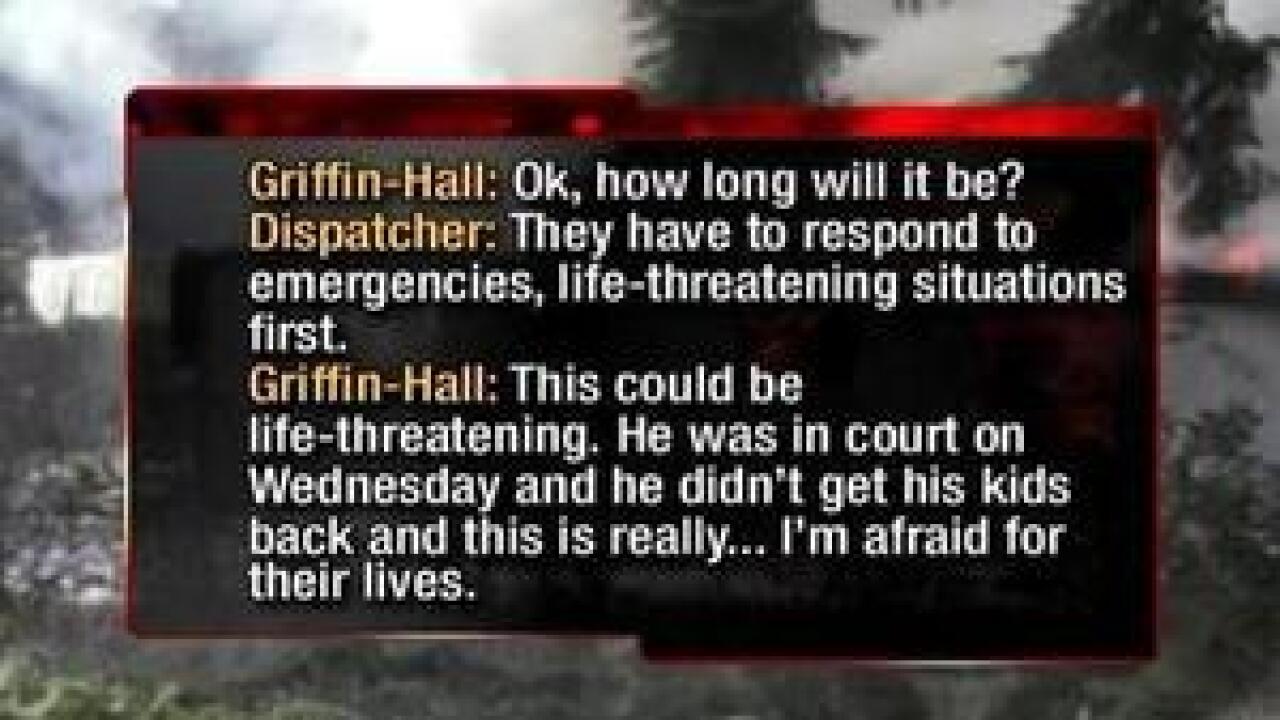 Some Seattle emergency dispatchers are under fire for the way they dealt with 911 calls moments before Josh Powell blew up his home and killed his two sons.

The Pierce County Sheriff's Department is "unhappy" with their performance.

The frantic 911 calls from a social worker, before and after josh Powell blew up his home, have made headlines across the country. And questions are now being raised about how the 911 dispatchers responded Sunday.

Pierce County Sheriff’s Sgt. Ed Troyer discussed how dispatch handled the calls with the public and members of media.

“It's being looked into, yeah. Was the etiquette nice? Could language have been better? Absolutely. Did it affect the call? That's what we're looking into,” Troyer said.

Downs says she can only detail how VECC workers are trained and the immense amount of information that employees have to learn the first day of work.

“OK folks, it's like you're going to get a drink of water out of a fire hose, because we have to train to so much information in a short period of time and it's an ongoing training,” Downs says, reiterating what she explains to new trainees.

Downs says she has yet to review the emergency calls from the Powell home.

"But it would be foolish of us not to look at when things don't go as right. I don't particularly whether this will be one of those situations that we'll look at," said Downs.

The Pierce County version of VECC is called LESA, Law Enforcement Support Agency. Officials there released a statement Wednesday saying, in part, that they are “deeply saddened by what happened last Sunday by the evil actions of Josh Powell.” The statement goes on to say "they take citizens safety very seriously and have begun a full investigation of how those calls were handled."