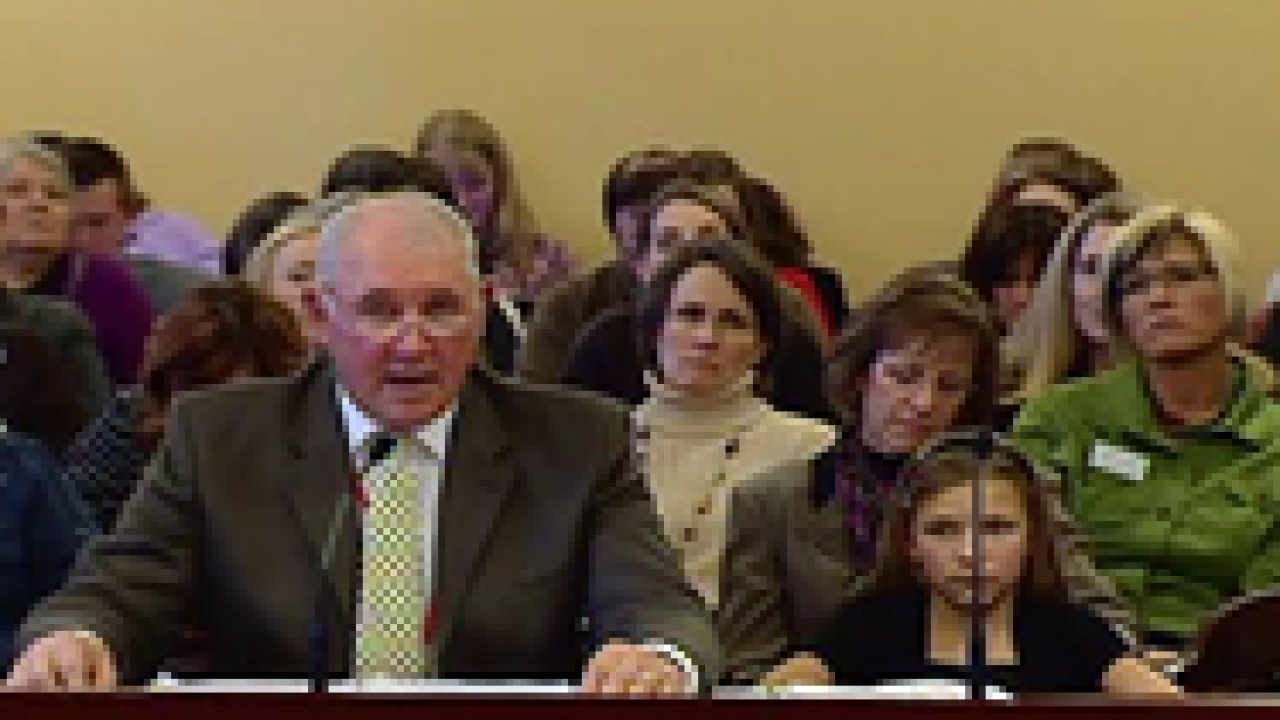 A sex education bill that would enforce abstinence-only instruction passed the Utah House and Senate by a narrow margin Thursday. But it was only after some of its restrictive language was removed did it move forward.

House Bill 363, sponsored by Rep. Bill Wright, R-Holden, was written to ban discussion of all but abstinence and fidelity in marriage in sexual education lessons. The only alternative is to not teach sexual education at all.

Current state law says that teachers must promote abstinence if they teach sexual education. Contraceptives can be discussed, but not encouraged.

Representatives from Planned Parenthood, the Eagle Forum and Equality Utah were among those present at the hearing, where issues of morality, public health, the relationship between state and local government and where the responsibility of teaching sexual education should rest were discussed.

Supporters say current laws are contributing to the moral decay of students in our communities.

In his presentation, Wright cited material from Planned Parenthood being given to students in schools that promote promiscuous behavior.

"Those websites explain about very promiscuous sexual behavior and a variety of other things. Now we're talking about fifth and sixth graders. Young men and young women," said Wright.

Some opponents worried that the wording of the bill may be too broad, asking whether the bill would prohibit lessons about sexuality in biology, English or history classes.

Other opponents suggested that not teaching students about contraceptives could lead to higher rates of teenage pregnancy.  Heather Bennett with the SLC School Board said that some students had already crossed that line and discounting their experiences would be detrimental.

"For some young people, that line has already been crossed. When you draw a bright line in law in this state that delegitimizes that experience, whatever the genesis of that experience, and tells them that they may not discuss it with trusted adults, then you essentially say their lives and their experiences are not worthwhile," said Bennett.

Opponents came from both sides of the political spectrum; both Democratic and Republican lawmakers expressed concerns about the bill.